Prep Time: 10 mins
Cook Time: 35 mins
Mashing the pumpkin by hand after it’s roasted gives it a rustic feel and allows it to be spread more easily on the crostini.

This simple crostini combines so many of my favorite warm fall flavors into one which then contrasts nicely with the sharp, salty flavor of blue cheese.

“Sugar”, “sugar pie” or “pie pumpkins” are the best types of pumpkins to use for baking. Larger varieties used for carving often have a much tougher texture and lack the sweetness of the smaller pumpkins. Pumpkin seeds removed from pumpkins look different from store-bought pumpkin seeds or “pepitas”.

While the pumpkin seeds you remove from the pumpkin are white and thin, pepitas are green and small and while they are indeed pumpkin seeds they only come from certain pumpkins that don’t require shelling, namely oilseed or Styrian pumpkin varieties. Save the seeds from the pumpkin and roast for a snack rather than wasting time shelling them to obtain pepitas (or just grab a bag from the nut section of the grocery store). 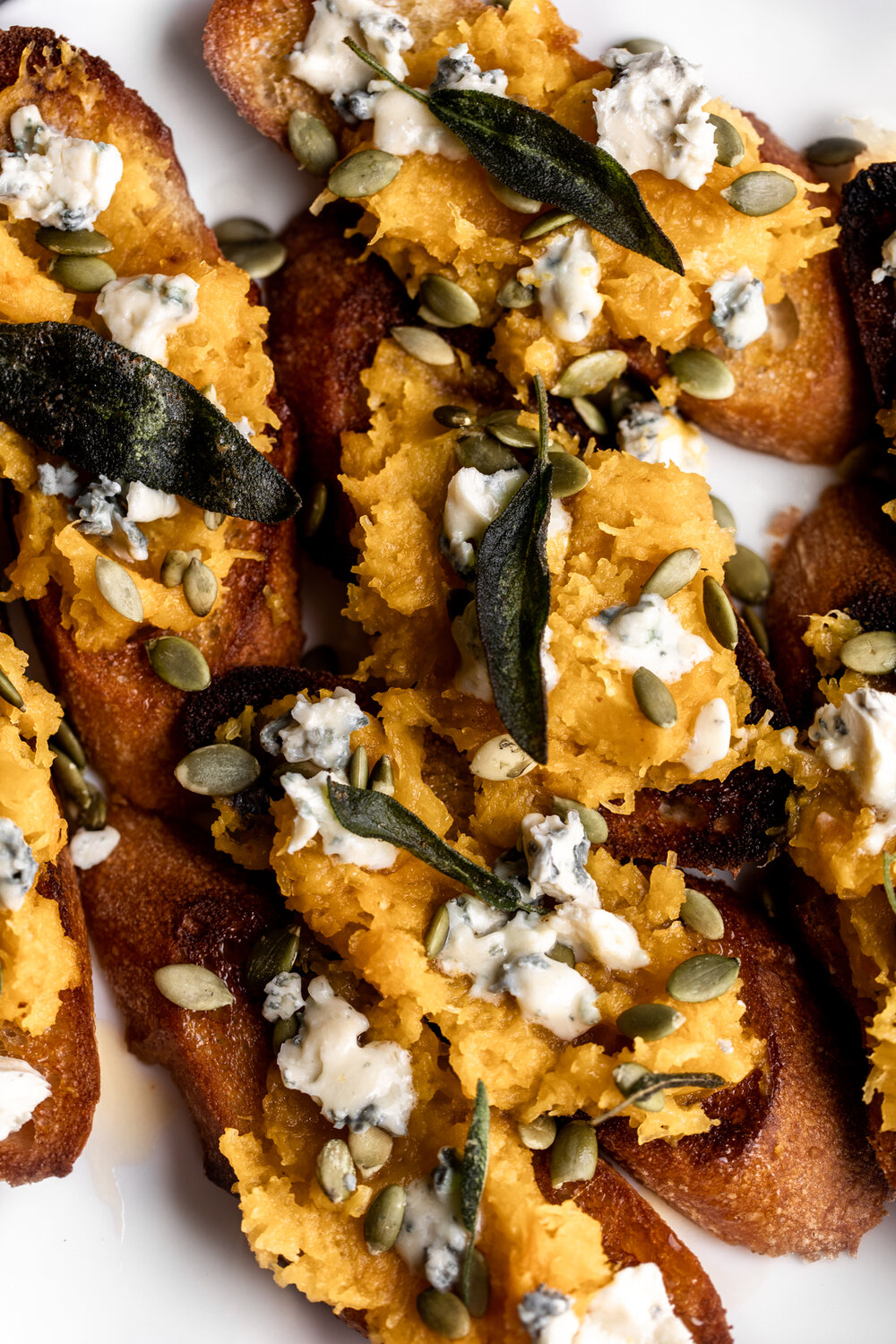 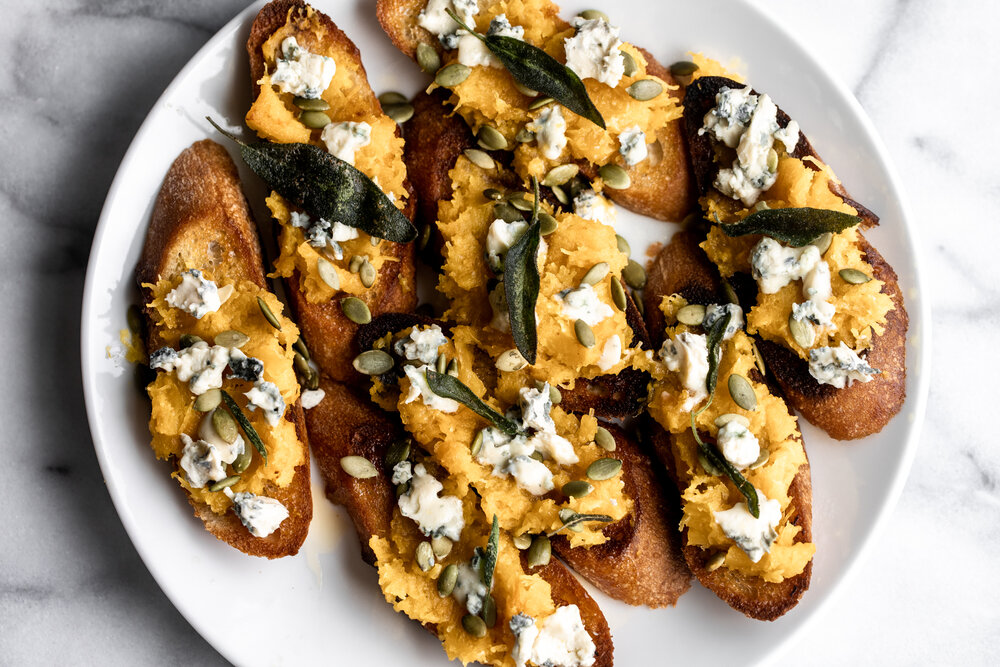