Loaded baked potatoes are one of my favorite steakhouse sides. I went through a phase in college where I considered a baked potato the perfect dorm microwave dinner so I didn’t have to walk to the cafeteria. This rich and velvety potato based soup is topped with sour cream, bacon, cheddar cheese & chives. The addition of leeks complement the potatoes adding a more complex flavor to the soup.

Rather than adding cream to thicken the soup later on the potatoes are cooked in a combination of chicken stock and milk until tender then pureed with an immersion blender.

It’s important to cook the potatoes long enough so that they can easily be pierced with a fork and will puree smoothly. Vegetable stock can be substituted and bacon omitted (use 2 tablespoons of vegetable oil to sauté the onions and leeks instead) for a vegetarian option. 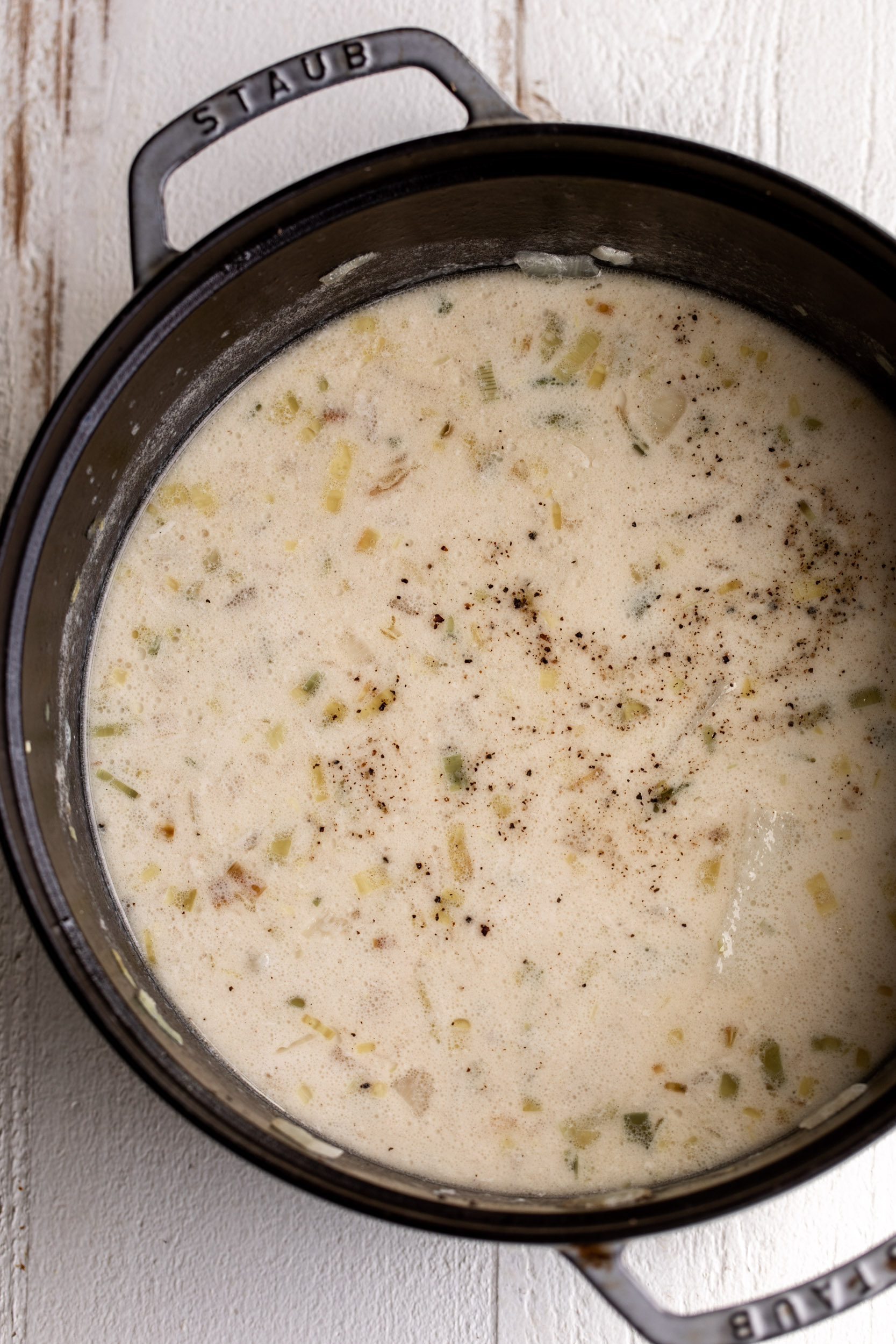 What kind of potatoes should I use?

I use russet potatoes in this recipe because they are starchy and blend into the soup well. They fall apart easily and soak up liquid, unlike waxier potatoes which are good for soups like New England clam chowder where they are cubed. 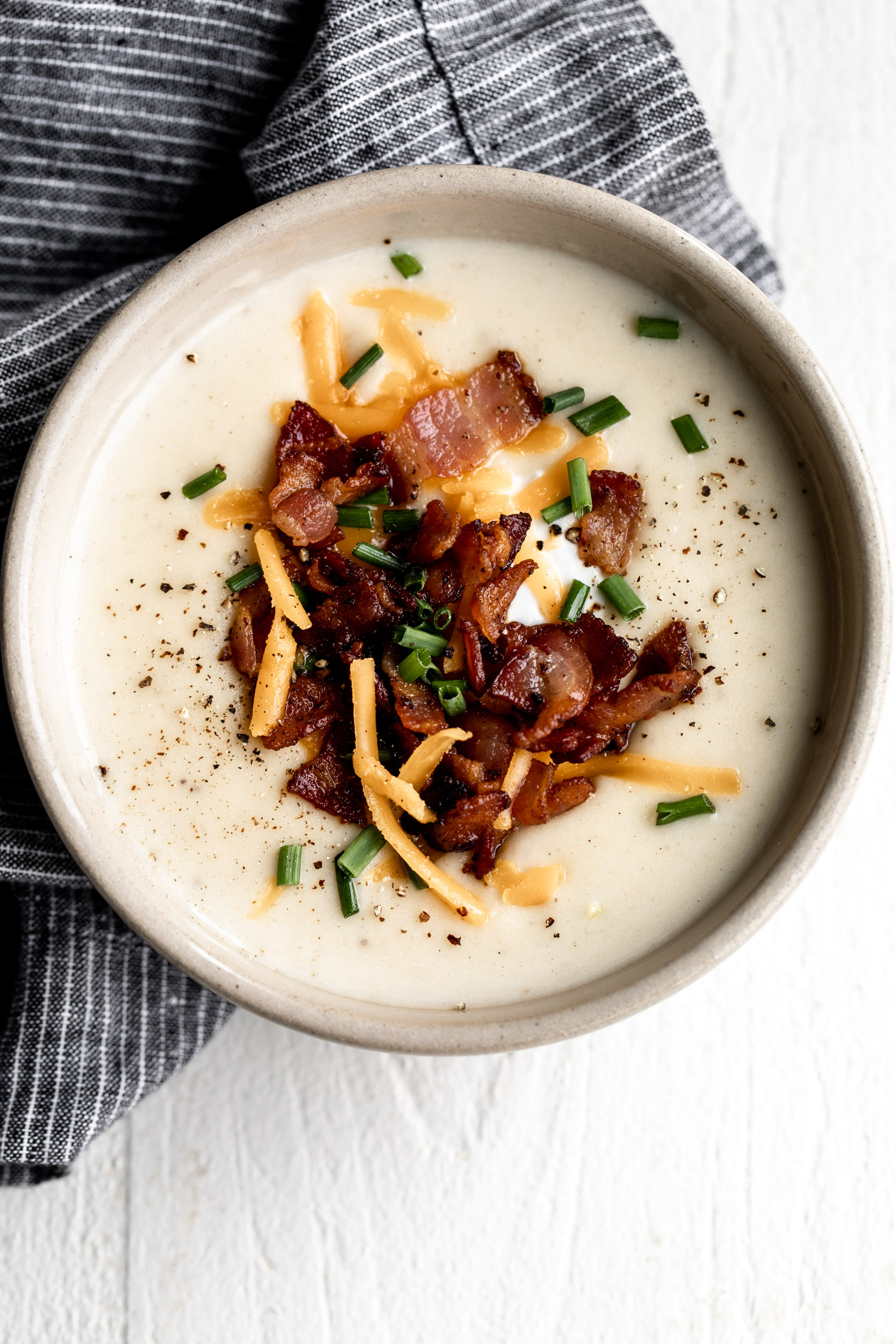 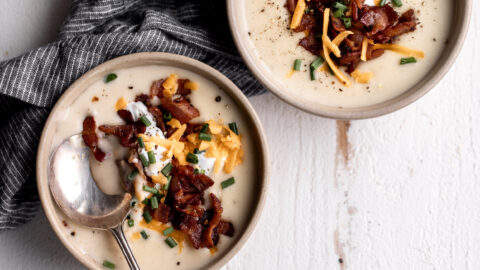