This post was created in partnership with American Lamb Board.

This tasty pizza is covered with flavorful, crumbled homemade lamb merguez sausage, fragrant confit tomatoes, shallots and garlic, shaved fennel and cheese. The aroma of yeasty pizza dough baked until golden brown combines with the inimitable scent of the lamb and melted cheese and wafts through the air as you are baking. Summer is the perfect time to fire up the grill!

I love making pizza on the grill because it can get up to higher temperatures much faster than an oven can. If you don’t have a grill – don’t worry! You can still make pizza in the oven – just crank it up as high as it can go (typically 500ºF). 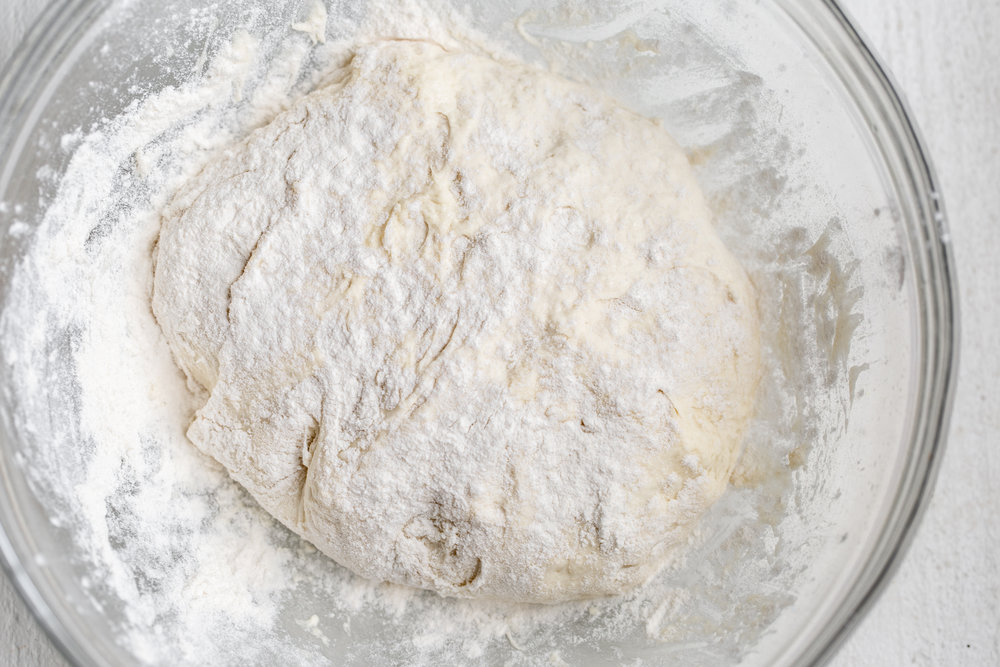 Using a pizza stone that heats up with the oven is important because it helps to cook the dough directly although it can be made on a baking sheet as well. I par-bake the pizza crust so that the bottom can get crispy and give the pizza some structural integrity.

This recipe is great for summer entertaining or for an intimate family dinner served on it’s own or accompanied by a light salad with fresh vegetables. I use ground American Lamb for this dish – I love the unique flavor of lamb enhanced by the aromatic spices of cumin, coriander and fennel. American lamb has a bit mellower and milder flavor than lamb imported from New Zealand or Australia. The tastes differ due to the diet of the lamb as well as the fact that when you buy lamb as close to the source as you can, it will be freshest – it doesn’t have to travel as far. 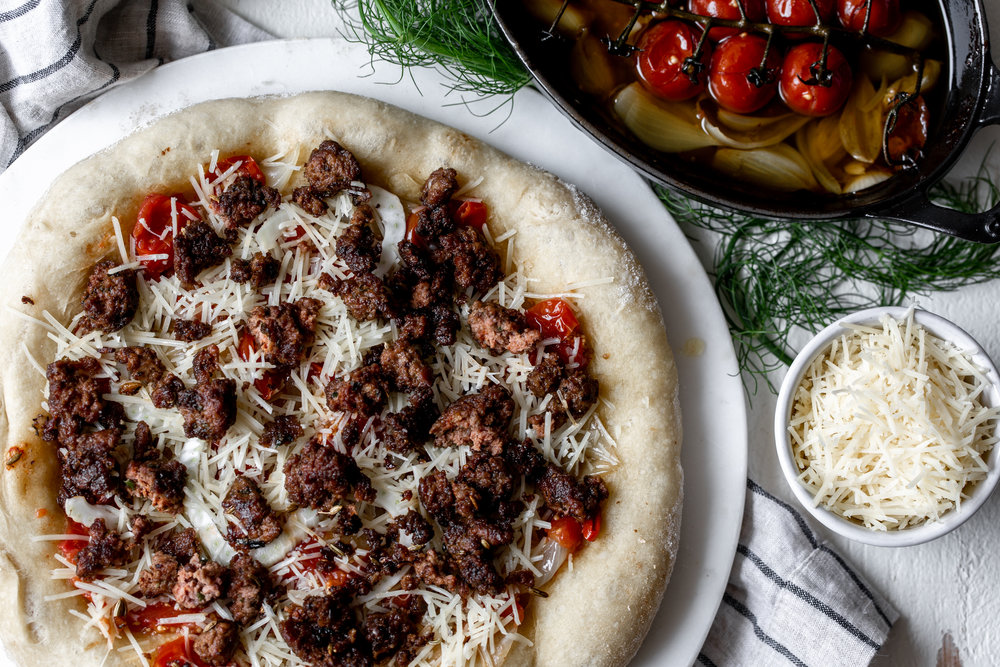 While this recipe calls for homemade lamb merguez sausage you can also use leftover roasted lamb to make sure nothing goes to waste! I love finding new ways to reinvent leftovers. 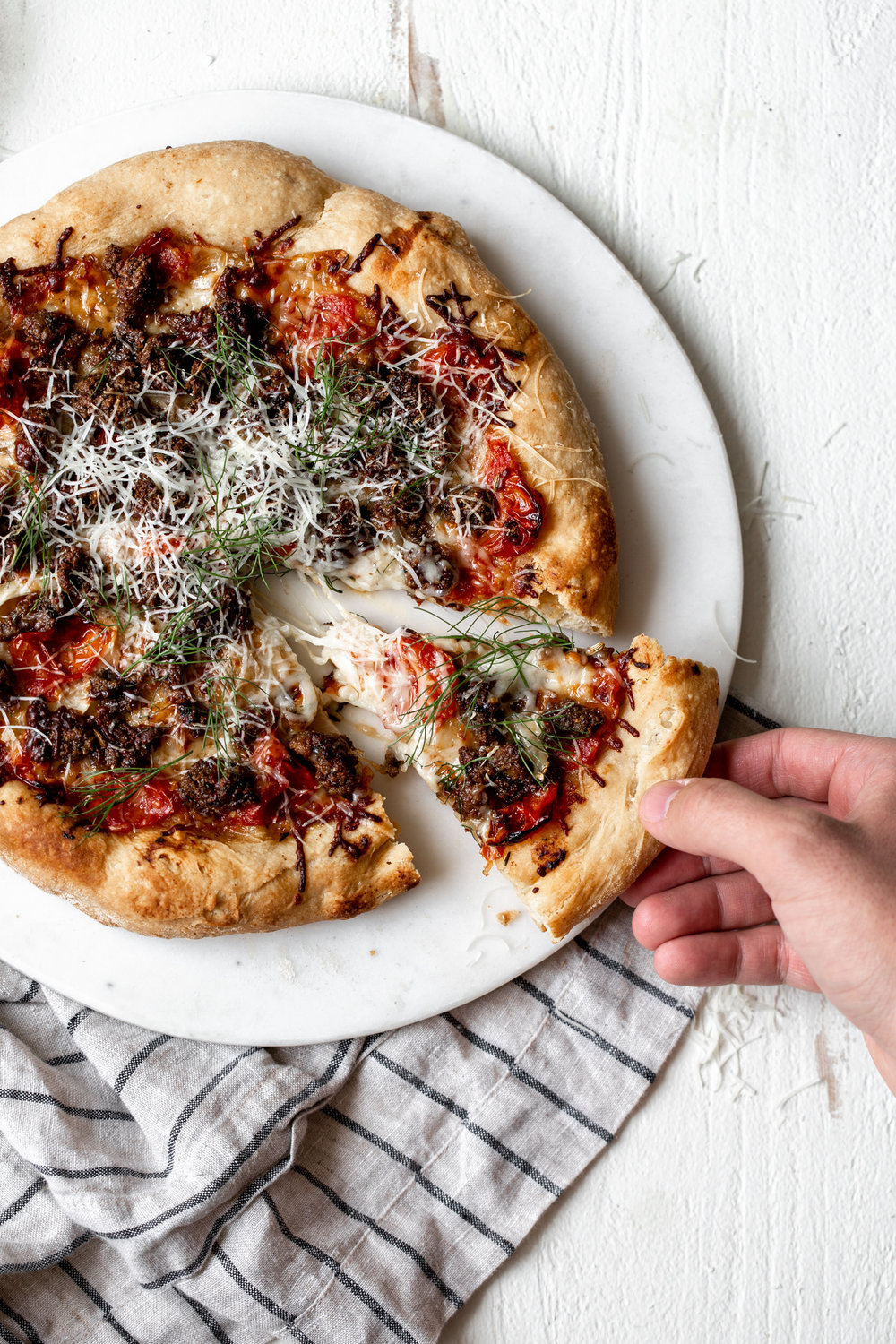 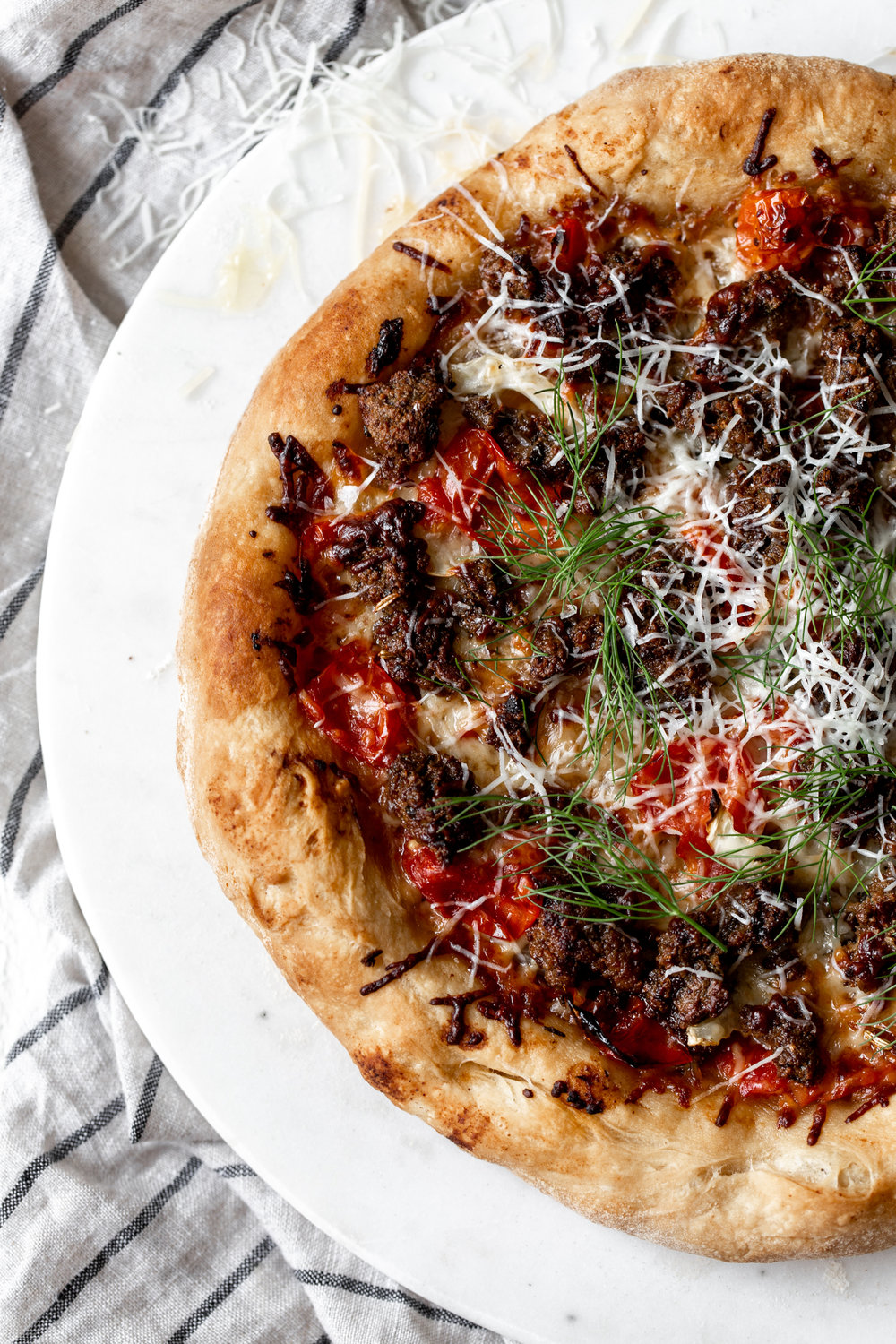 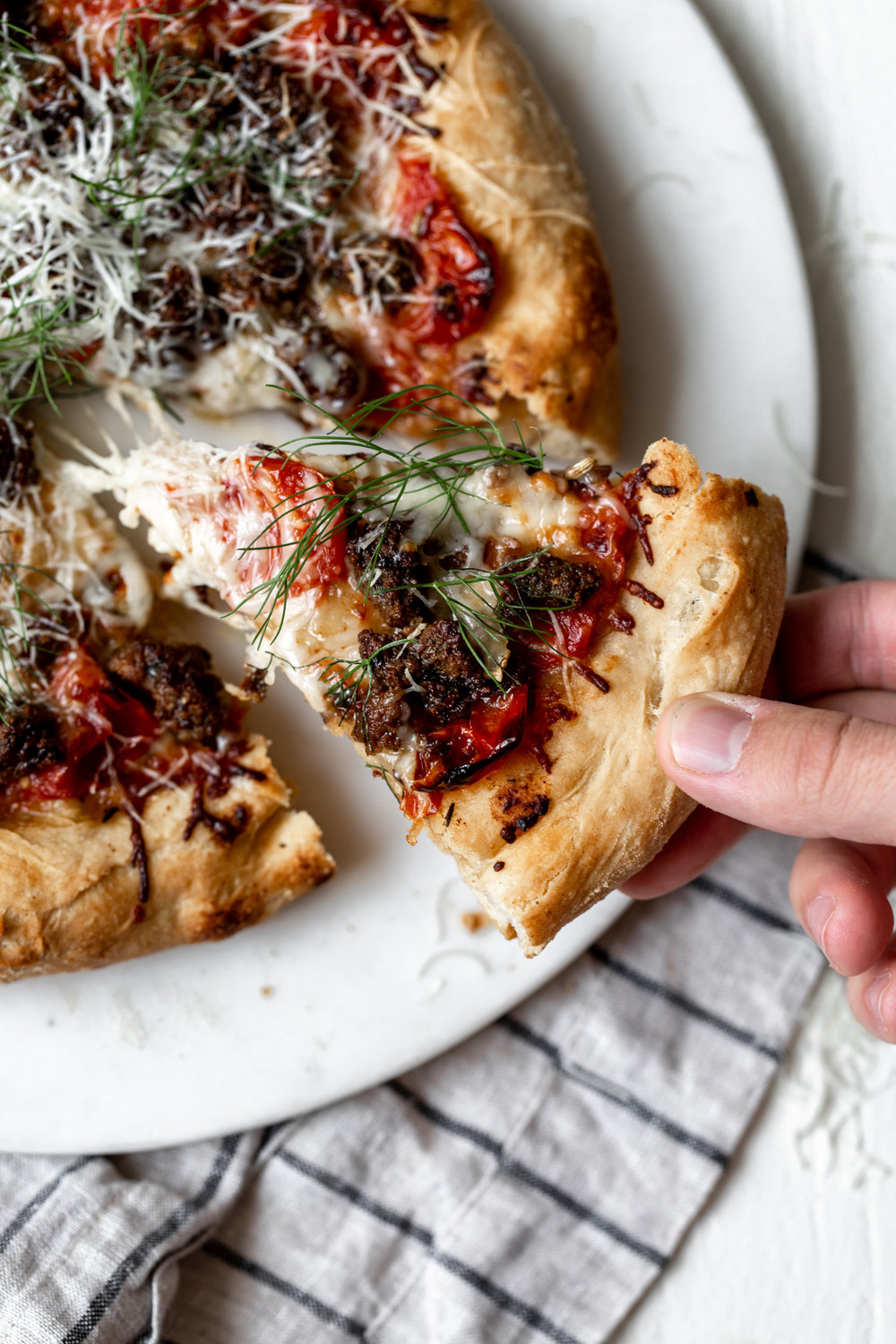 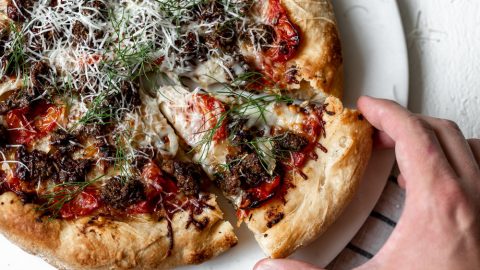 For the lamb merguez sausage:

For the confit tomatoes:

For the lamb sausage:

For the confit tomatoes: