Potato skins are a game day classic! When planning for this recipe, look for the large bags of potatoes; they usually have the smaller size potatoes in them. I went with classic toppings of cheddar cheese, crumbled bacon, sour cream, chives and jalapeño but feel free to switch up the toppings as you please!

Save the scooped out middle to use for mashed potatoes, croquettes, a topping for shepherds pie or waffled potatoes. 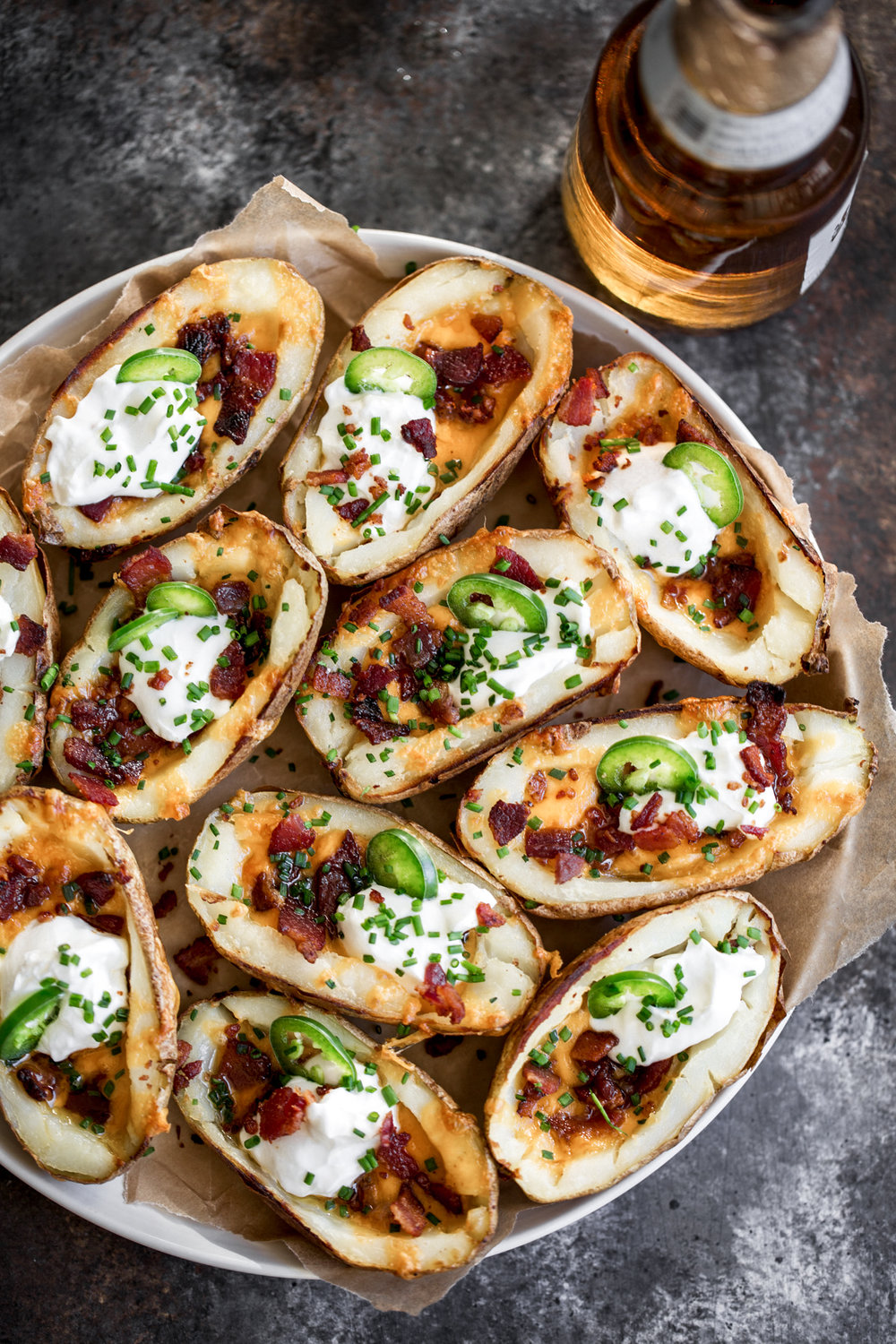 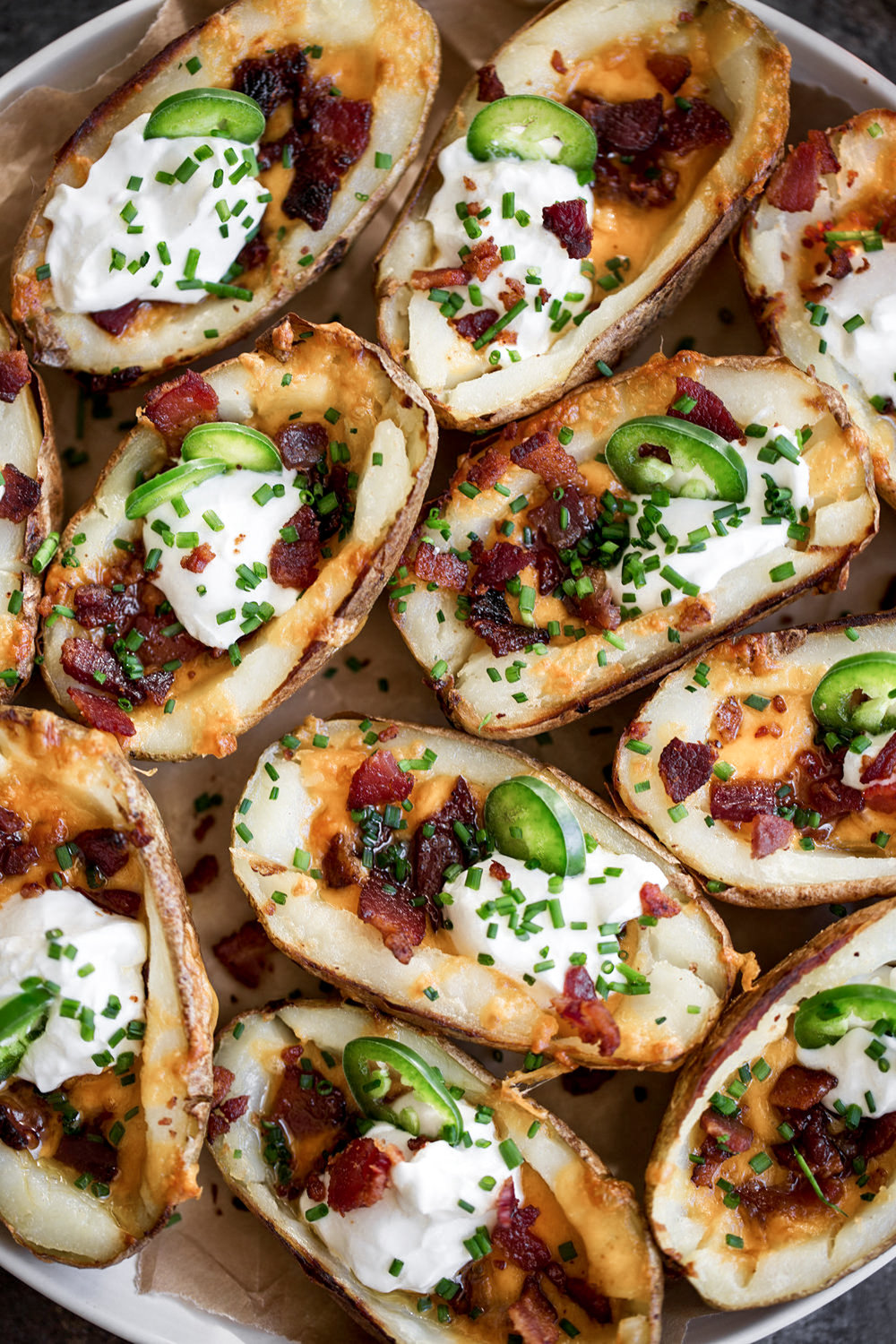 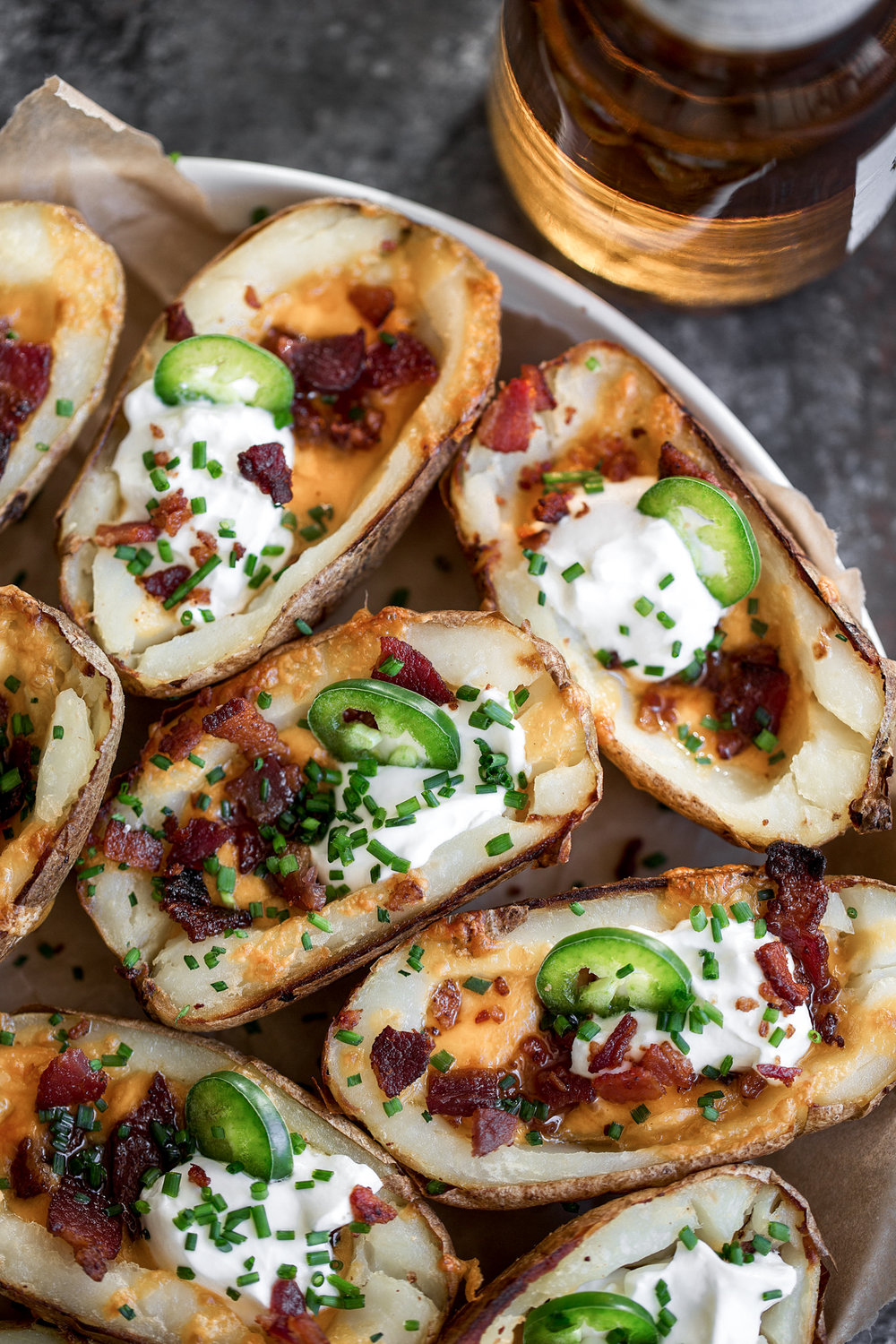 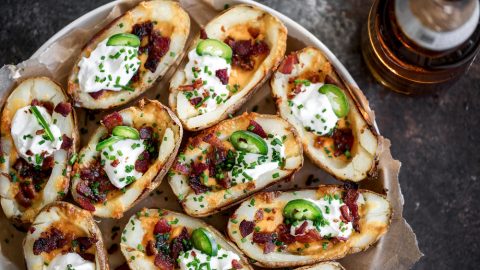