These bone-in pork chops are seared and served topped with a sweet apple cider glaze – a  fitting recipe for fall. I usually serve these pork chops alongside some whipped Cheddar potatoes which contrasts with the sweetness of the apples.

Pork chops come from the loin of the pig but there are several different types out there. For this recipe look for the rib chop – this will give you a large piece of lean loin meat with the bone attached and a layer of fat by the bone coming from the rib section of the pig’s loin. The fat helps to keep the meat moist and tender while the bone provides added flavor. 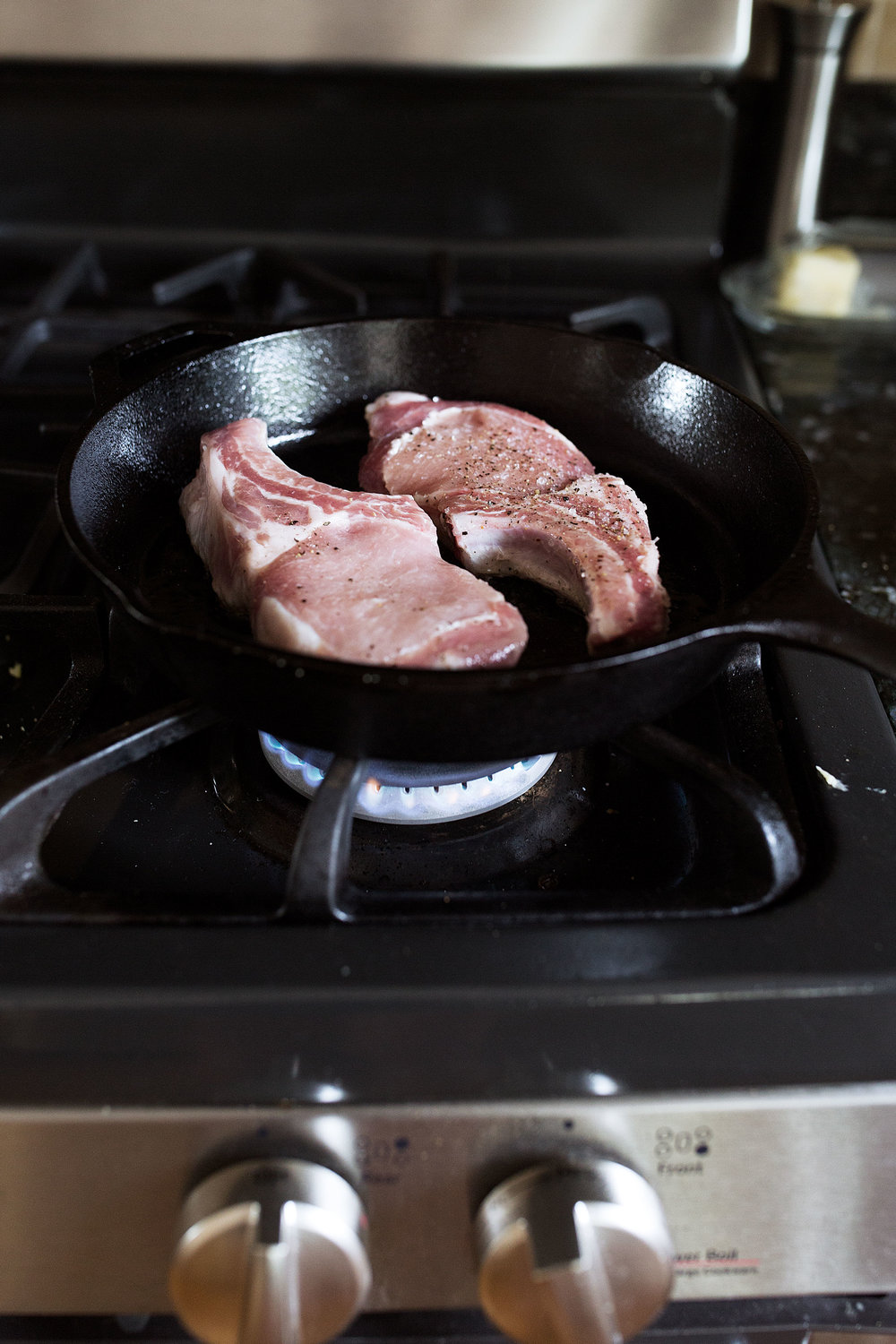 Letting the pork chops sit at room temperature before cooking ensures they will cook through evenly – nobody wants a leathery pork chop. The pork chop should be cooked to 145ºF so since it will continue to cook after it’s taken off the heat. I remove it at 140ºF and as it rests, the temperature will rise to the desired 145ºF. 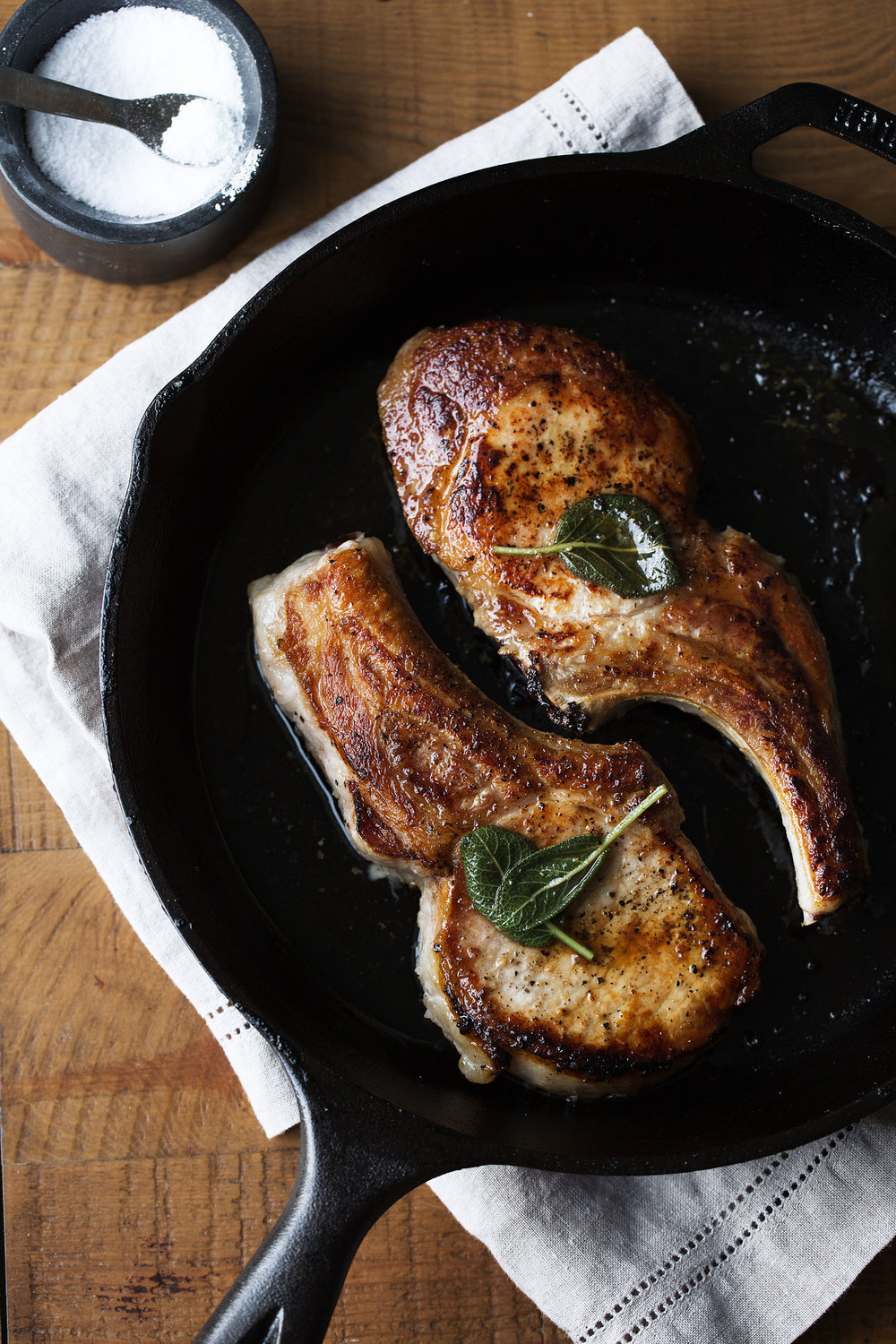 When searing the pork chops be sure to let the pan heat (but not so it starts smoking) so that a crust can develop. A golden crust develops best if the chops are only turned once and not shifted around more than that. 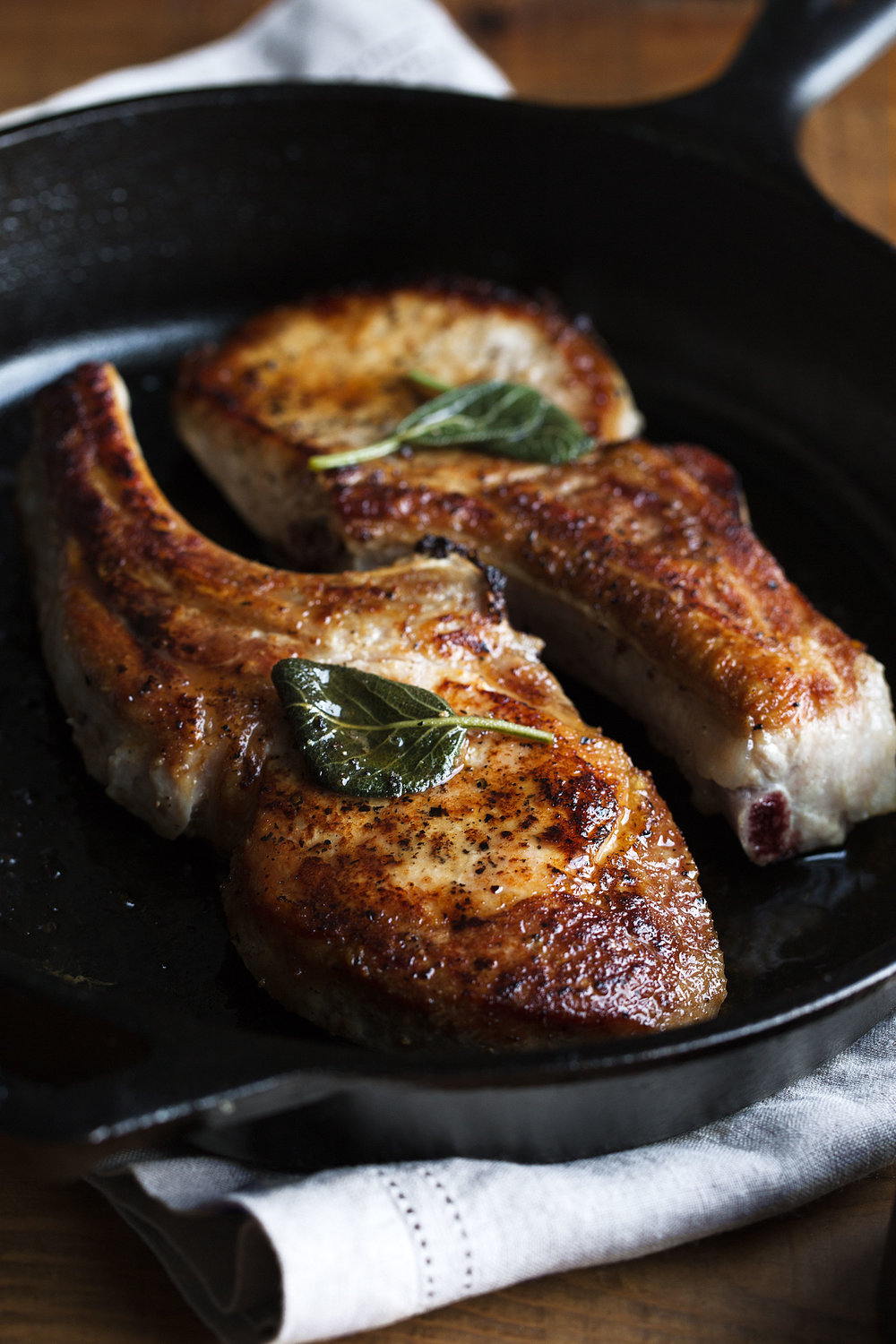 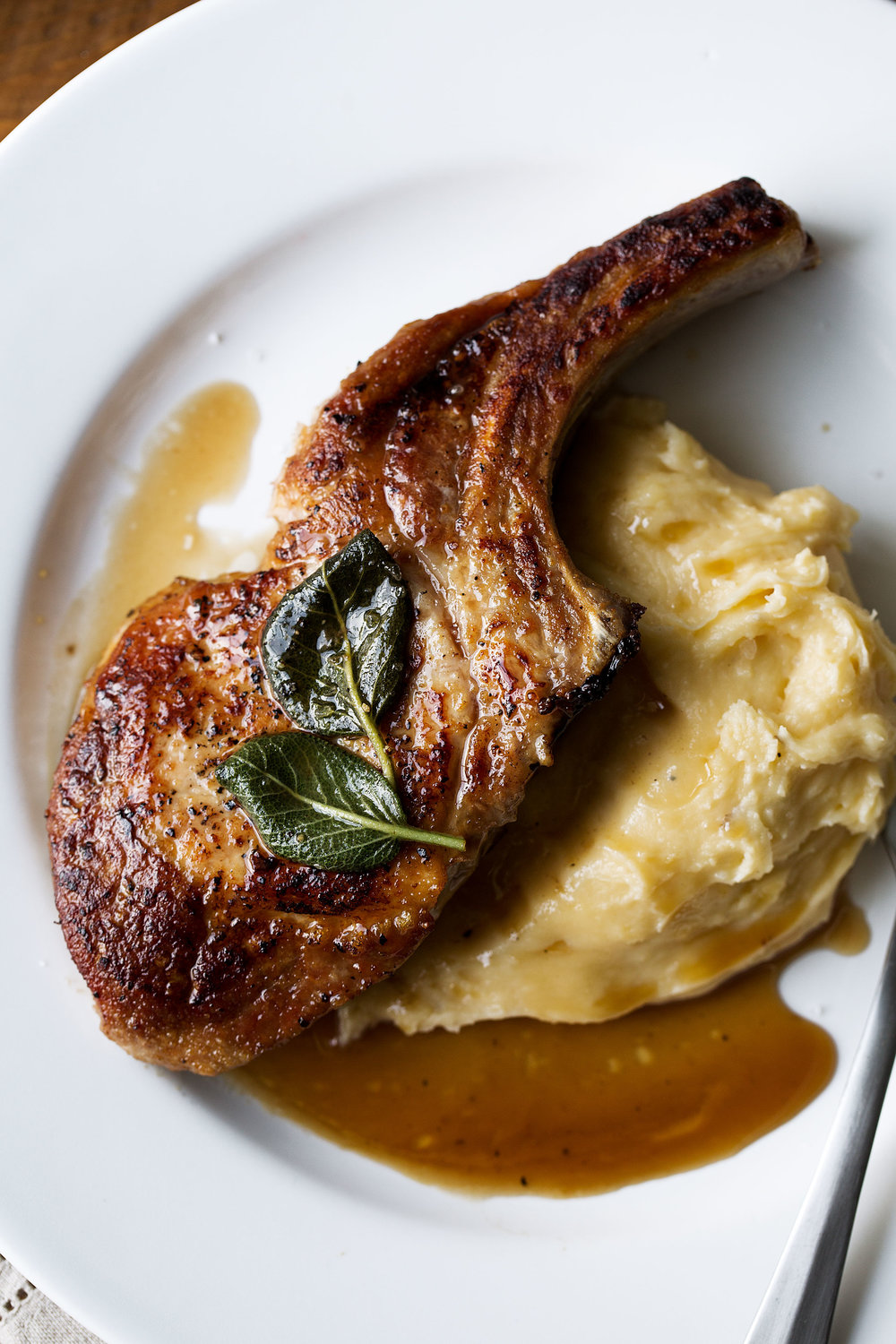 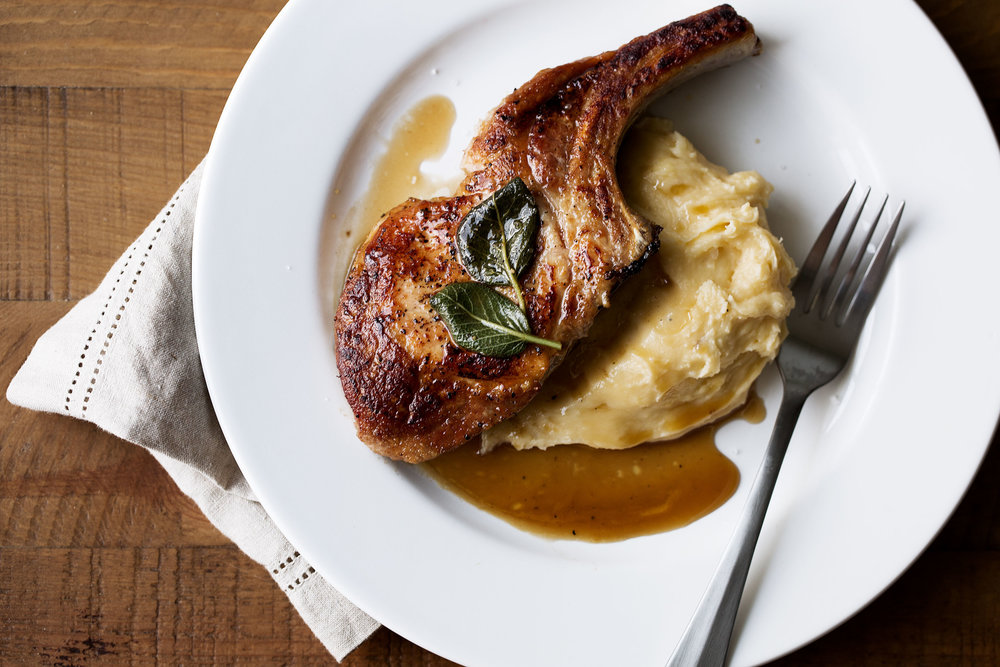 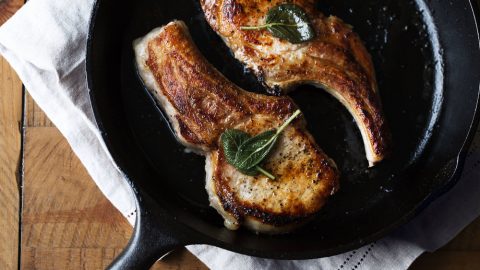