Confused about the difference between sashimi and crudo? It’s like how all squares are rectangles but not all rectangles are squares. All crudo is sashimi but not all sashimi is crudo. Sashimi is a Japanese preparation that is made with expertly cut raw fish typically served with a side of soy sauce, wasabi, and pickled ginger while crudo is an Italian preparation of raw fish drizzled with olive oil and typically lightly cured with citrus. With crudo the focus is not solely on the fish but the other elements as well. 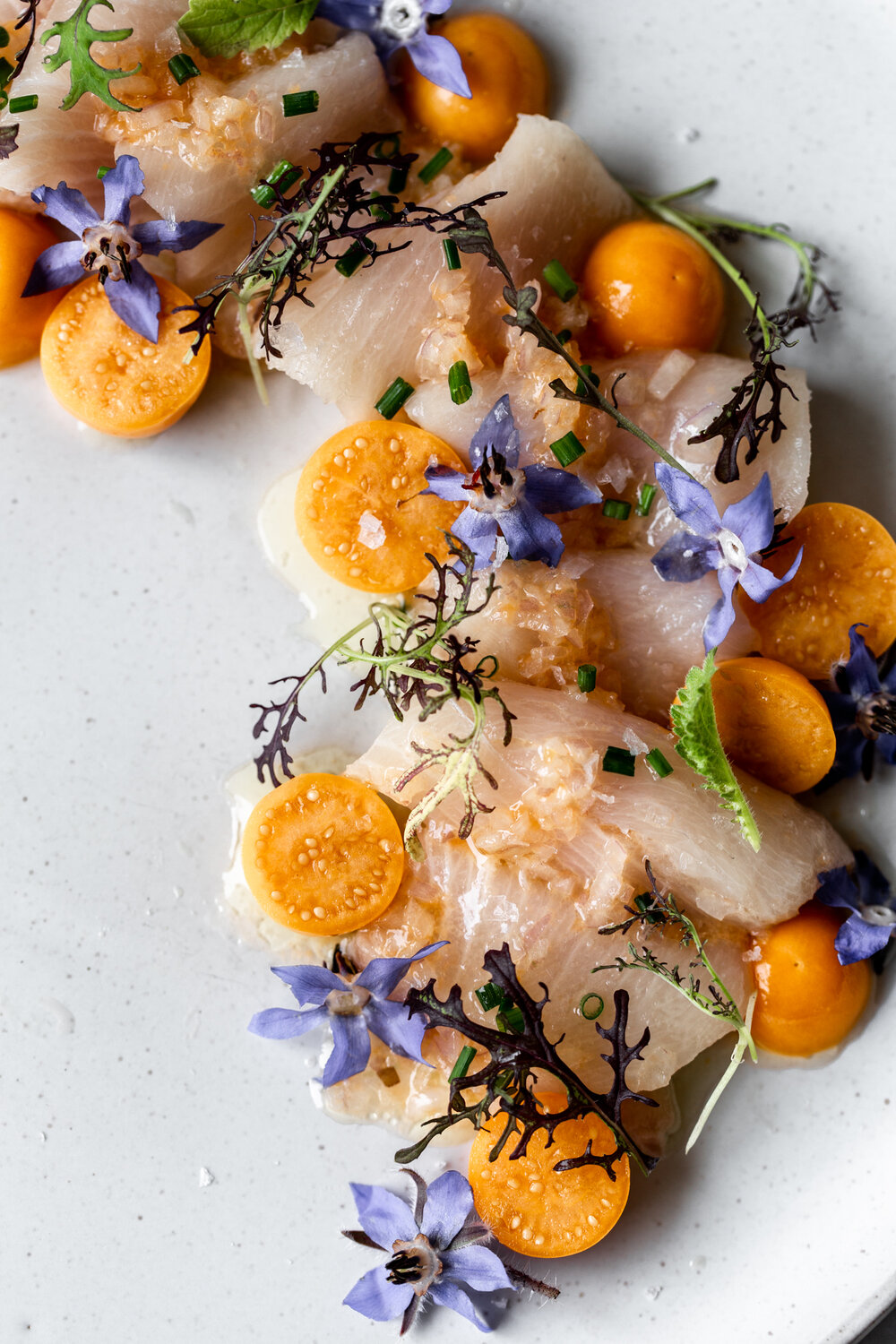 What should I serve crudo with?

I chose to add a bit of mandarin orange juice to the olive oil and shallots and then serve it with halved cape gooseberries for a winter produce-inspired preparation. In this recipe, the cape gooseberries and mandarin juice can be substituted for other citrus and fruit combinations like lime or lemon and cucumber or even halved cherry tomatoes.

Gooseberries are sweet yet tart with small edible seeds in the middle adding a slight crunchy texture to each bite. As they come wrapped in paper leaves, they resemble small yellow tomatillos and are native to South America but are available in the United States in fall and winter. They also make a beautiful garnish!

Crudo can be followed by Italian entrees like braised pork ragu with cavatelli and creamy burrata or creamy ricotta polenta with sautéed leeks. I also chose to garnish this dish with borage – small edible flowers with a slight cucumber taste. While they are not necessary, they add an artistic touch to the dish. If needed they can be substituted with another edible flower variety or omitted altogether. 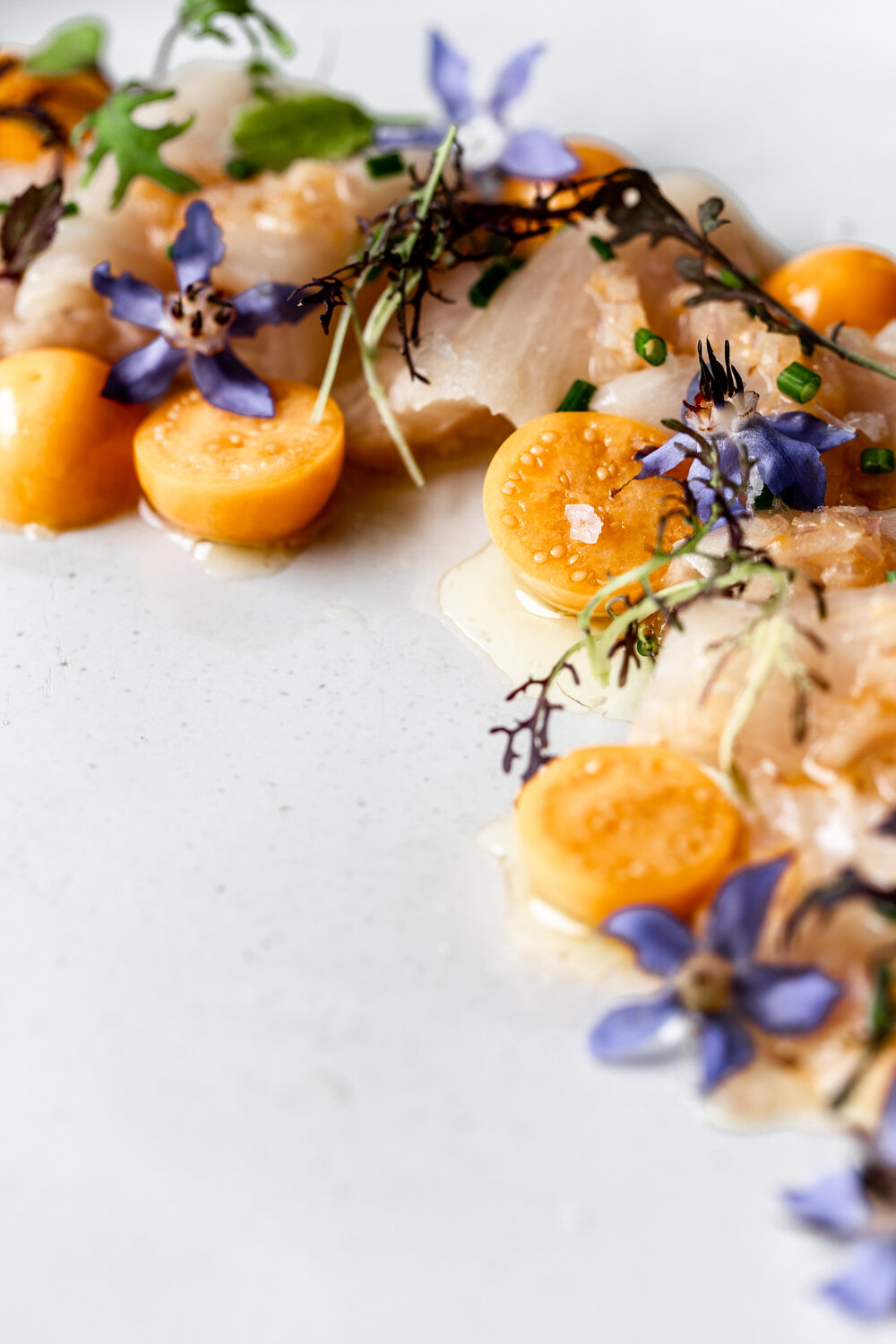 What kind of fish should I buy?

Since the fish will be consumed raw it is important to purchase sushi-grade fish for this dish. Sushi or sashimi-grade fish is typically flash frozen soon after it’s caught to maintain it’s fresh quality. Freezing the fish first also kills any potentially harmful parasites making it safe for consumption. Talk to your local fishmonger for suggestions on what to buy. This recipe calls for yellowtail, a mild-flavored fish with a firm texture that is almost buttery when served raw.