Prep Time: 20 mins
Cook Time: 30 mins
Slowly poaching the ahi tuna in olive oil at a low temperature results in extremely tender, rich fish. Think of it as a homemade alternative to canned tuna, the “chicken of the sea”.

While confit generally refers to something being cooked in its own oil, the term also applies to the method used here. While it can be served gently flaked apart and added to sandwiches or niçoise salad as is, in this recipe the cooked tuna is broken up and shredded. And then made into a salad with mayonnaise and the confit shallots. While it takes a bit of time, I prefer to make this confit tuna rather than using canned tuna since I have much more control over the seasoning, flavor and how it’s cooked. I use rosemary as the aromatics in this recipe.

The contrast of the confit shallots in the tuna salad with the pickled onions and fire-roasted peppers, avocado, cucumber and sprouts makes for a bright yet light summer sandwich. I use sourdough bread (extra points for homemade) though any other bread will work fine. 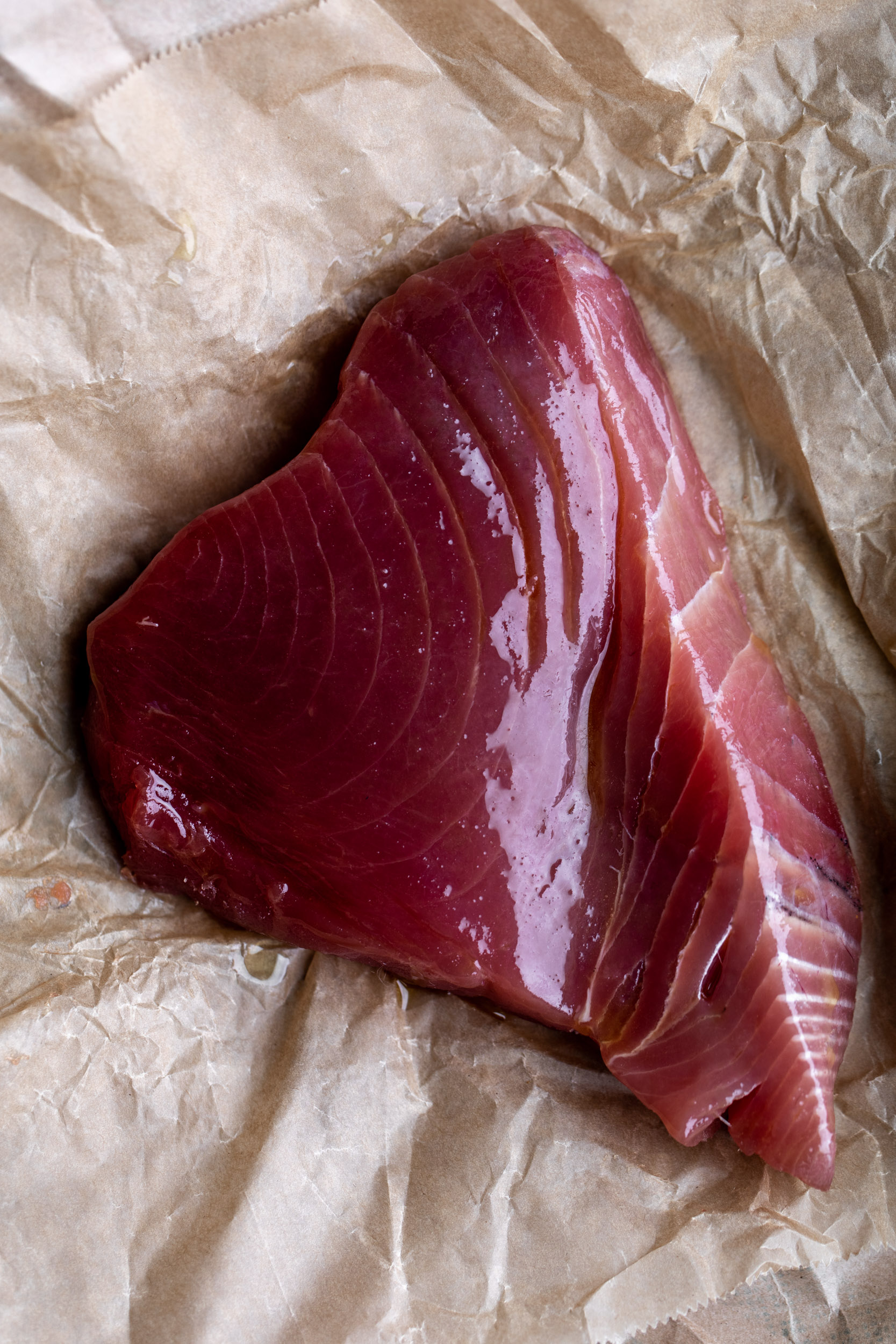 This recipe is inspired by the tuna conserva sandwich from Gjusta in Venice, California. The rustic open-kitchen shop with exposed beams and a long thick marble counter serves everything from sandwiches to pizzas and bread all using house-made ingredients. I appreciate a place that makes most things from scratch. It adds a unique and special touch, plus it’s just impressive. 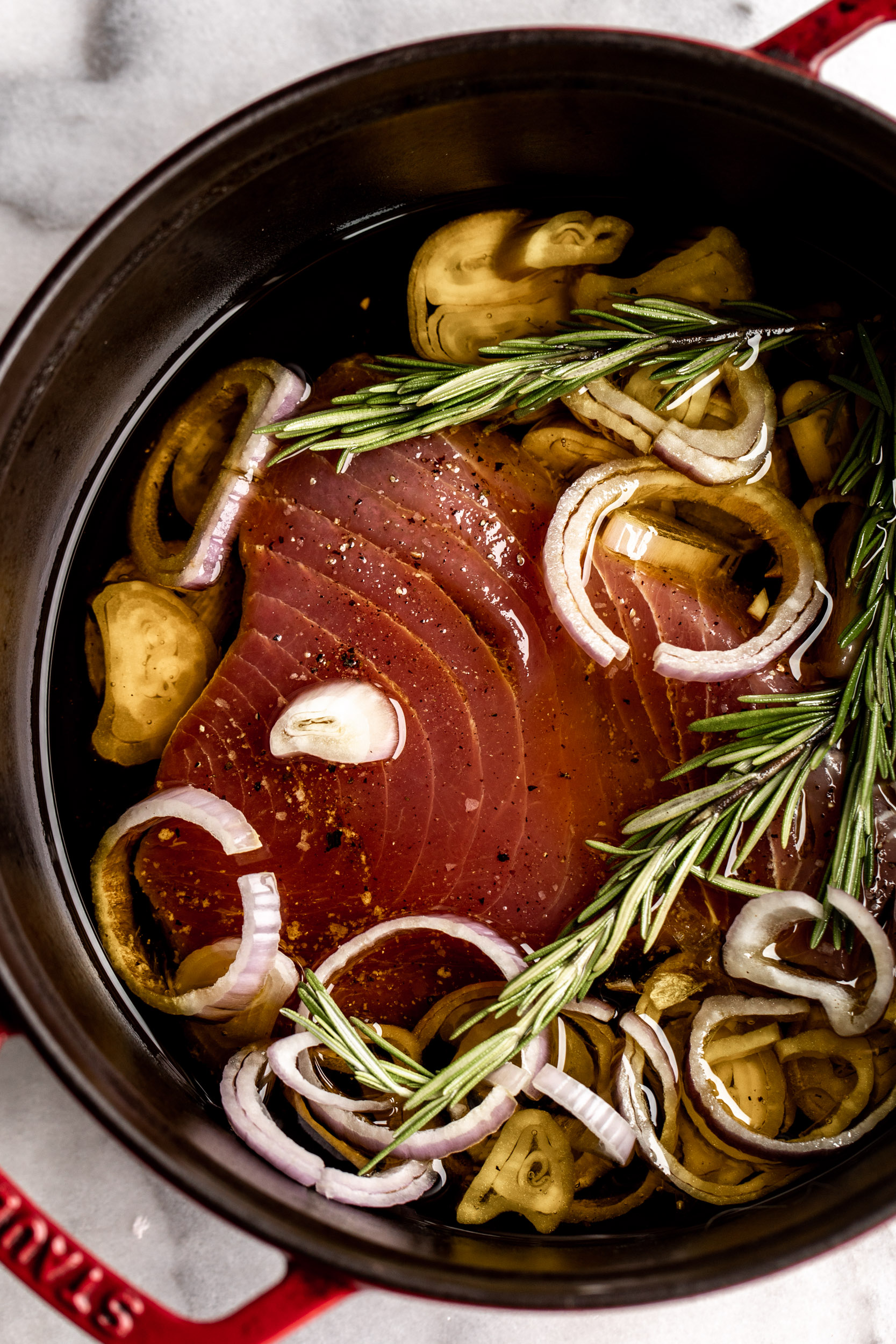 What’s in this sandwich? 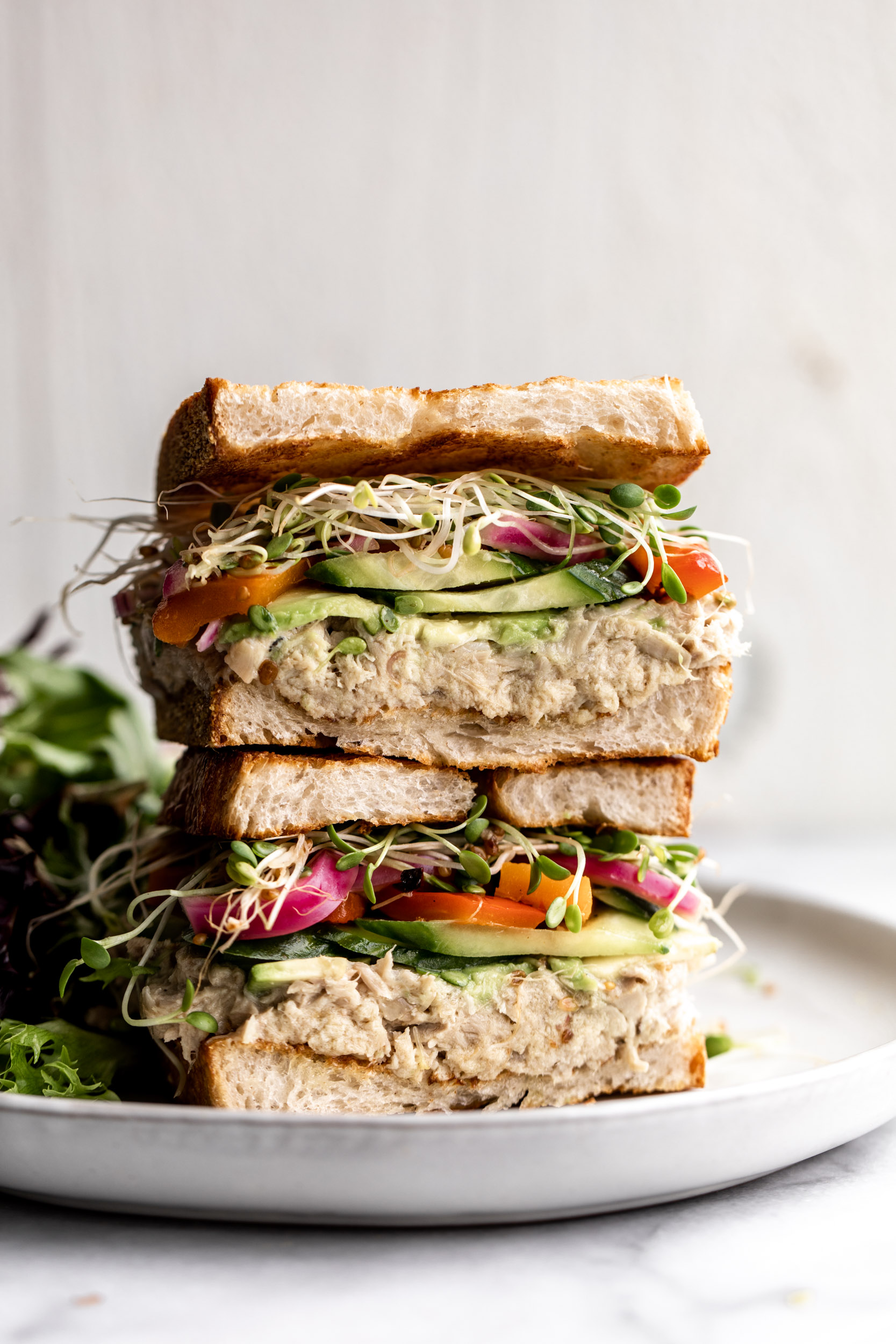 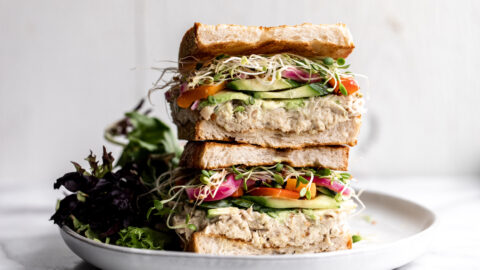 For the confit tuna:

For the confit tuna: