Prep Time: 10 mins
Cook Time: 3 hrs 30 mins
This recipe is based on a dish I had years ago at Chef Roy Choi’s now closed restaurant, Sunny Spot, in Venice, California years ago.

It was one of the first dishes that I had eaten using oxtails and if you know me then you know I love any type of braised meat dishes. Here the succulent spiced red wine braised beef ragù is paired with bitter mustard greens and a zesty chile gremolata served over pasta.

If you are unfamiliar with oxtails, it is pretty much explained in the name; they come from the tail of a cow. Historically it would be from an ox but now it’s an umbrella term for the tail from either gender cow. It is extremely flavorful and since it is very fatty it’s a great cut for braising. Look for bigger pieces of oxtail since there will be more meat. 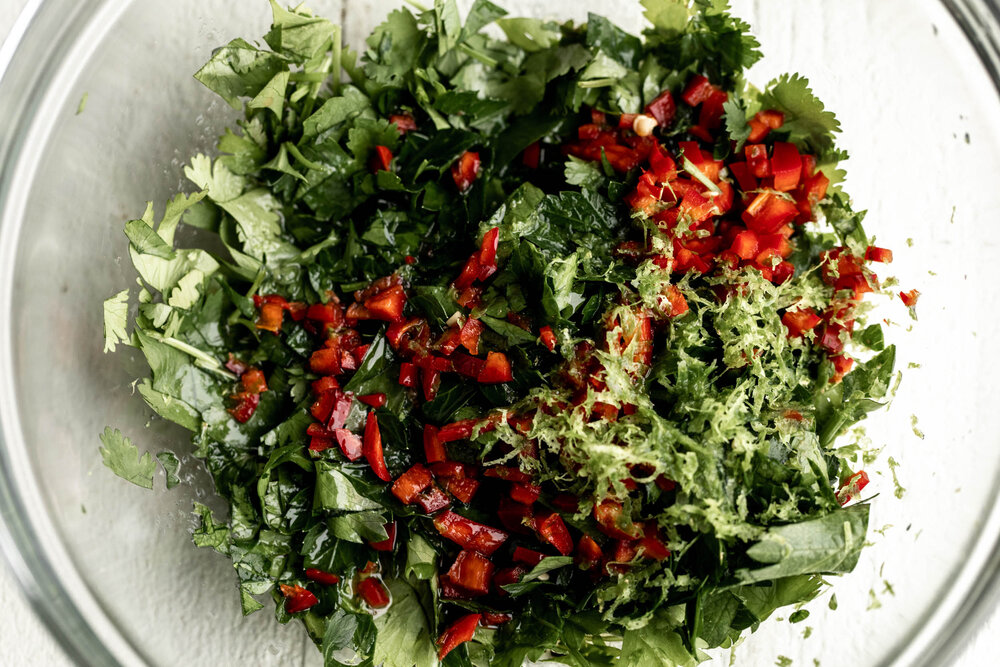 I think it is important to make use of less popular cuts of meat rather than tossing them aside as garbage. Because they aren’t popular cuts, oxtails are also fairly cheap.

They are commonly used in Asian recipes like soups and can be found fairly easily at Asian markets or your butcher. Some grocery stores keep them in the freezer section in bags. If you can’t find oxtails, then I’d recommend substituting boneless beef short ribs. 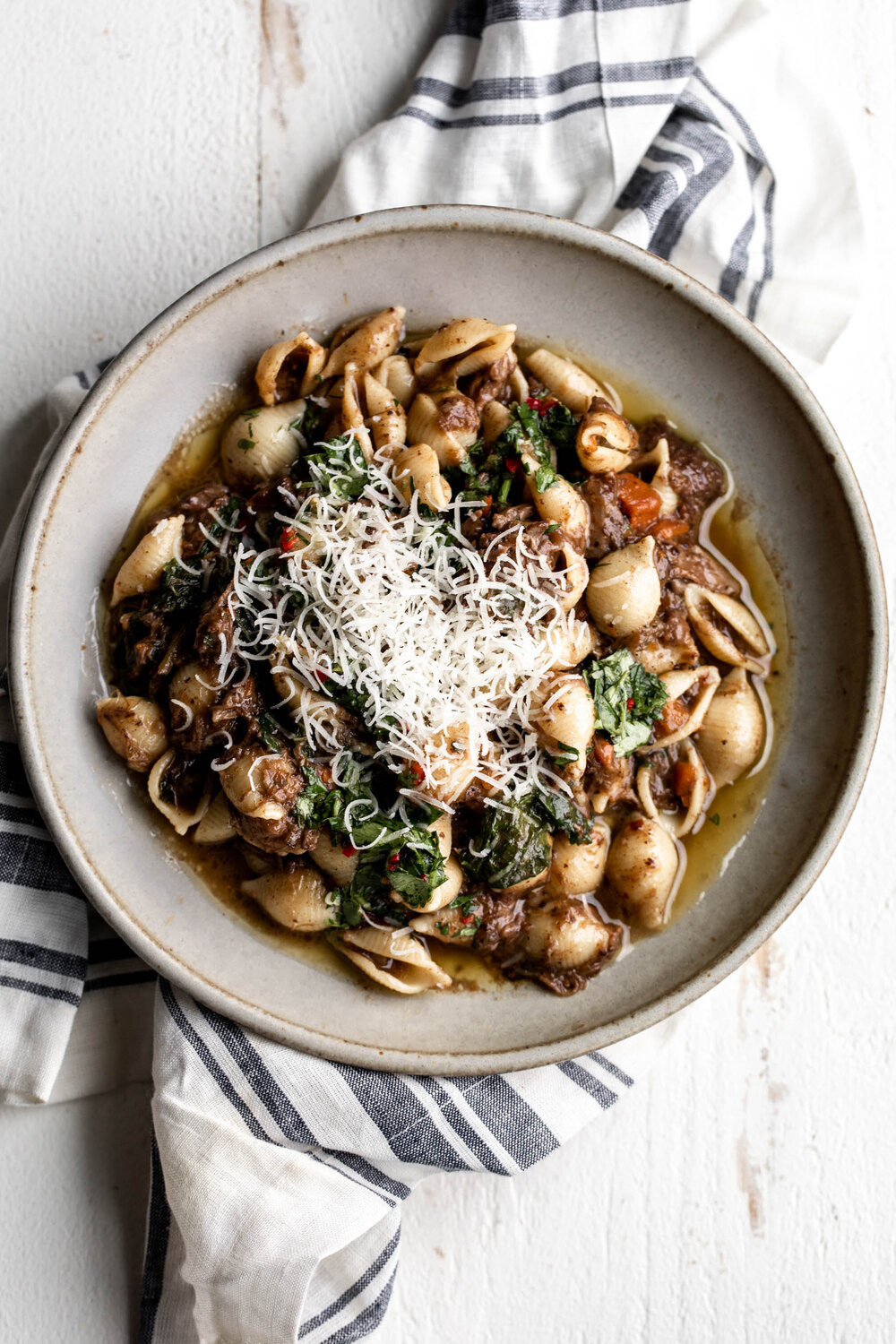 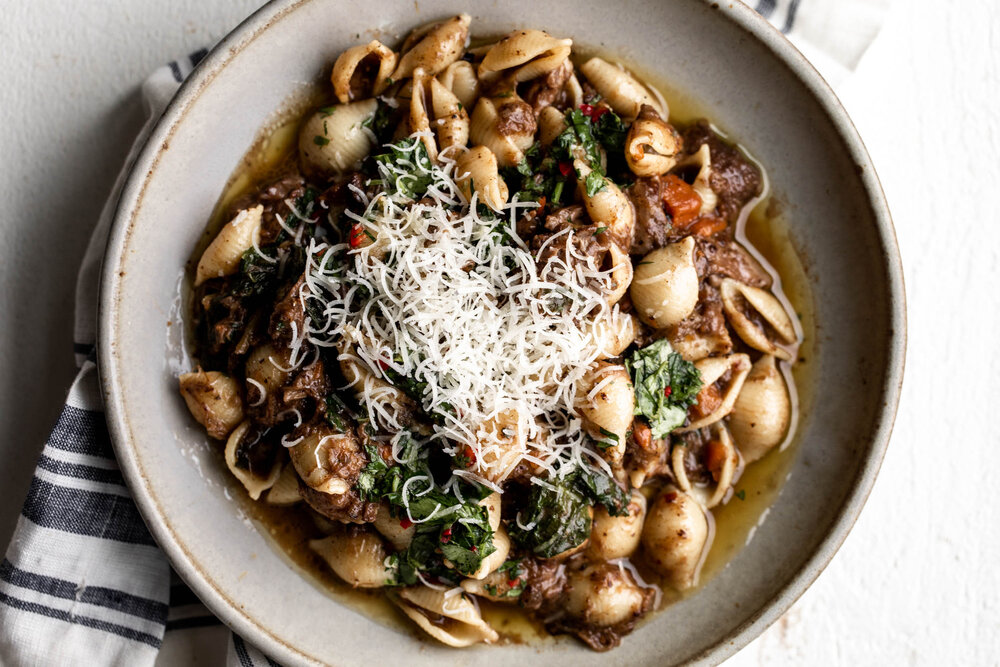 For the braised oxtail:

For the chile gremolata: