Prep Time: 45 mins
Cook Time: 45 mins
Large shell pasta is stuffed with a mixture of ricotta, smoked mozzarella and parmesan in a homemade vodka sauce. It is then topped off with more cheese, and baked until melted and finished with a drizzle of pesto oil.

While typical baked stuffed shells are served in marinara, the vodka sauce gives the dish a luxurious twist while the smoked mozzarella adds a subtle woodsy flavor. The pasta filled with ricotta and baked in sauce is similar to manicotti though the latter uses large tubes of pasta rather than shell shapes.

What are these baked shells stuffed with?

Can baked stuffed shells be made in advance?

Yes! Baked stuffed shells are a great vegetarian entree to make in advance. The dish can be fully assembled then covered and refrigerated before ready to cook. I like to do this to take a lot of the prep stress out of dinner parties. The shells can also be assembled then covered and frozen until ready to cook. Just bring it back to room temperature before baking. Freezing it works best with a disposable tray. 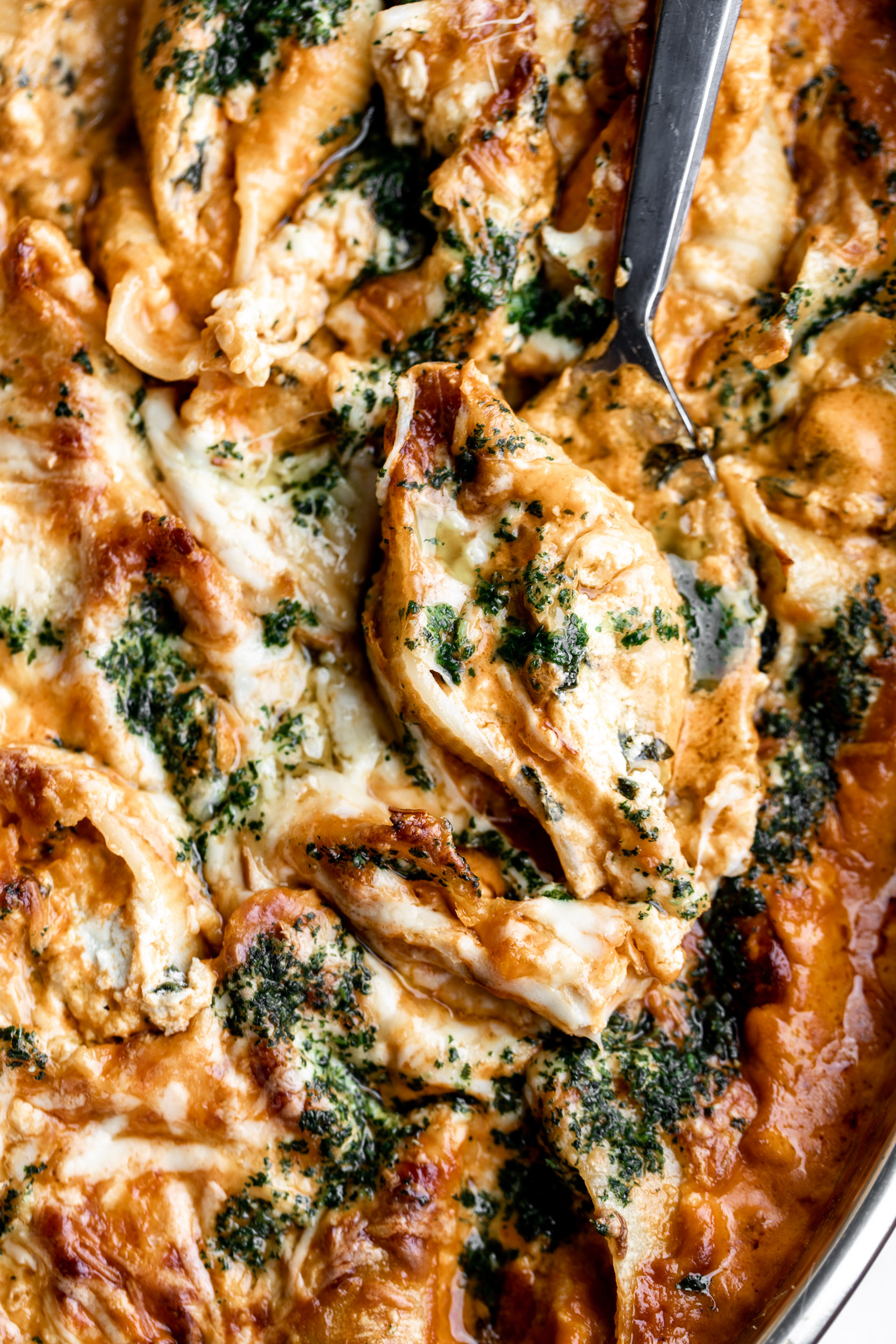 How to make baked stuffed shells

If you enjoy this stuffed shell recipe, I recommend giving these recipes a try: 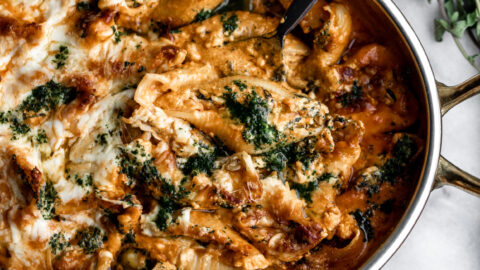 For the vodka sauce:

For the herb pesto oil:

For the filling and assembly:

For the vodka sauce:

For the herb pesto oil:

For the filling and assembly: