Corned beef is made from brisket that is cured over multiple days in a salt and sugar mixture seasoned with pickling spices like peppercorns, cloves, coriander etc. The slices of tender corned beef are traditionally served on slices of rye bread, with sliced Swiss cheese and sauerkraut.

The unmistakable pink color of the corned beef comes from the sodium nitrate added during the curing process. It’s perfectly safe (nitrate naturally occurs in many foods) but it helps to extend the shelf life of the meat and to keep it fresh. And if you were ever contemplating the difference between corned beef and pastrami – pastrami is smoked and corned beef is not. Pastrami is also usually coated with a mix of spices and dry brined while corned beef is cured in a brine.

History of the Reuben:

I’ve always been interested in the history of foods – I often wonder what made someone decide to mix a certain few ingredients together to the point that it caught on with others and became so widespread that it was recognized culturally?

While the Reuben sandwich itself doesn’t have Irish roots (it was thought to be created in Omaha, Nebraska mid-poker game) the meat inside it, corned beef, does. Well, it kind of does. The Irish-corned beef relationship is considered to be much more Irish-American than it is purely Irish. 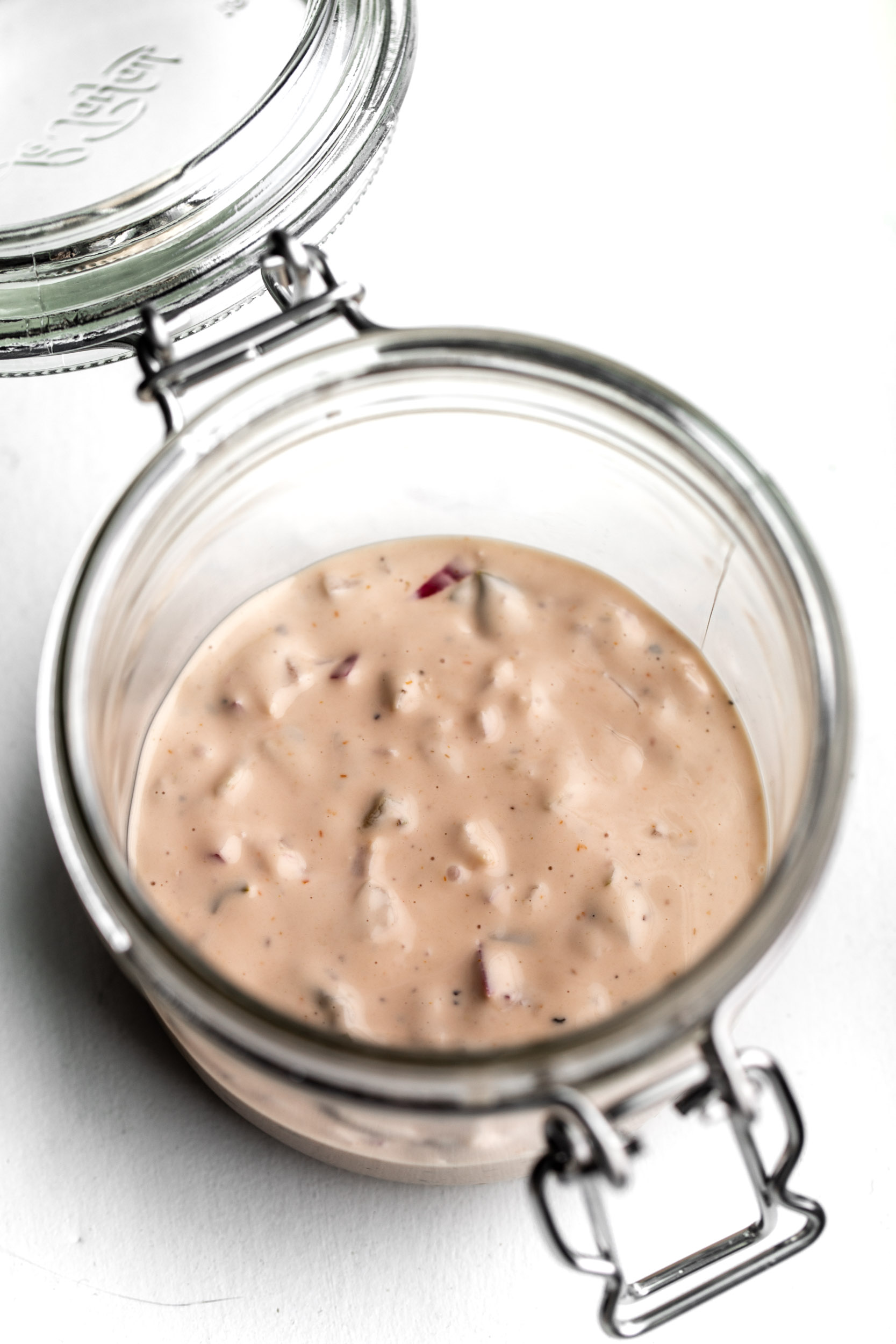 Corned beef and cabbage has become synonymous with St. Patrick’s Day and all things green, shamrocks and leprechauns, but the deli favorite grew in popularity after people immigrated to New York City. According to the Smithsonian, in Ireland beef was not frequently used and was considered a symbol of wealth (and sacred in Gaelic religion) and thus not widely available to many (the historian in me feels the need to include the fact that the British introduced beef and potatoes into the Irish diet). 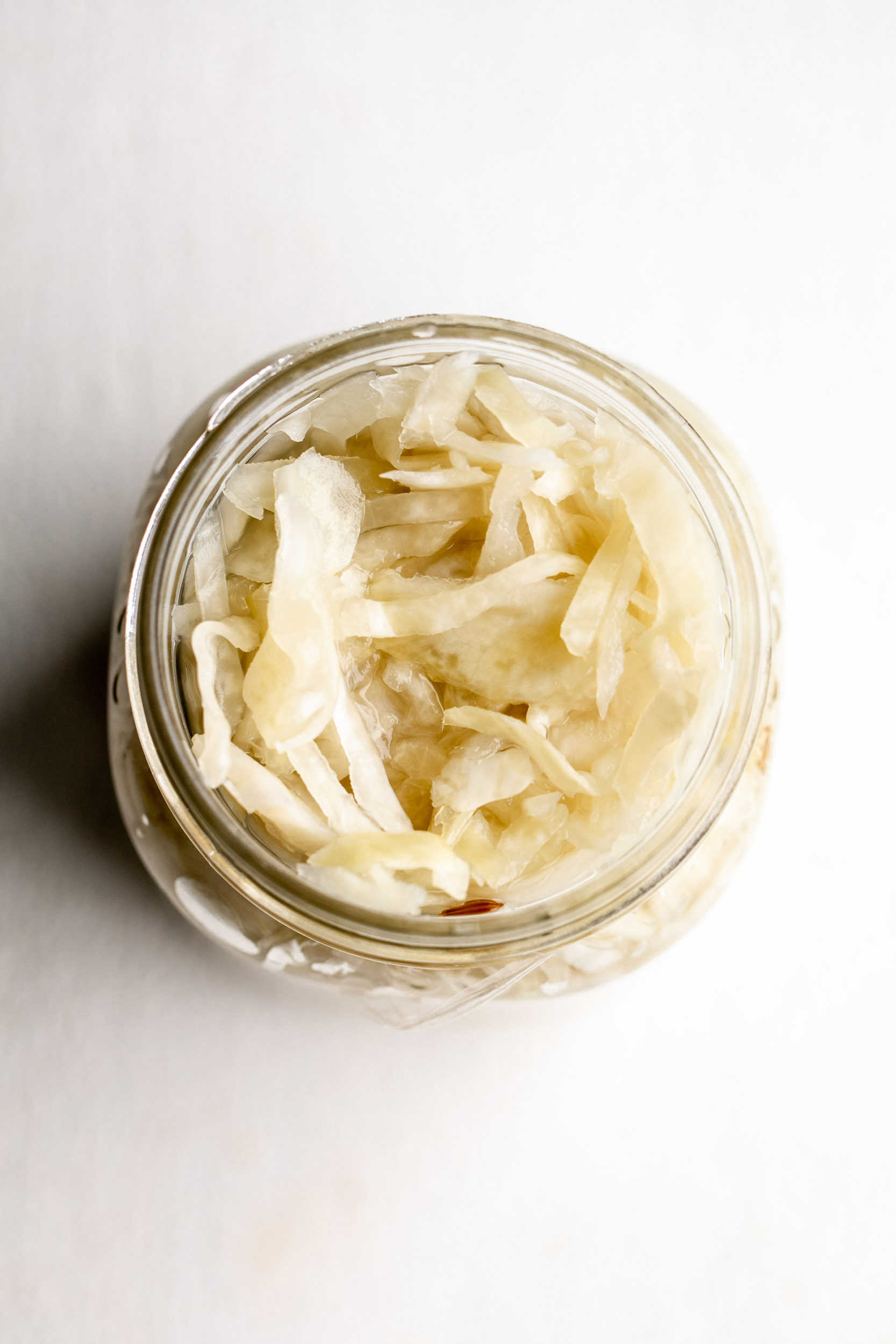 Irish immigrants to America began making corned beef to celebrate their heritage by splurging on the luxury of beef on St. Patrick’s Day, with a helping hand from Jewish kosher butchers that settled in neighborhoods close to the Irish. 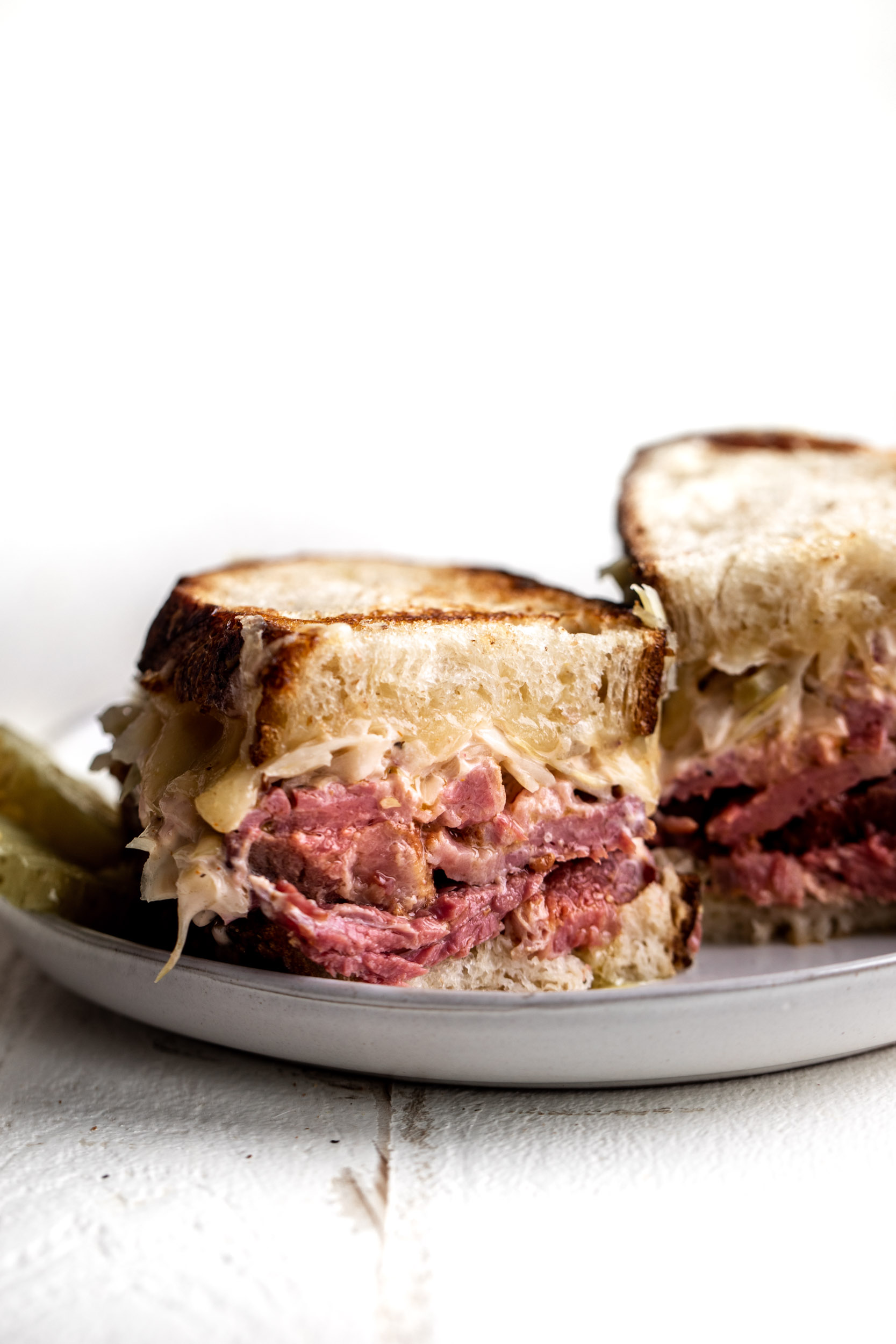 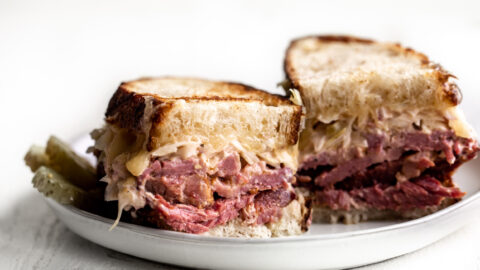 For the corned beef brisket:

For the Russian dressing:

For the corned beef brisket:

For the Russian dressing: