Prep Time: 5 mins
Cook Time: 20 mins
In this recipe ramps shine as a pesto, a seasonal spring ingredient paired with pancetta and burrata tossed with spaghetti.

This recipe is inspired by one that first appeared in Gourmet magazine in April of 2000 and more recently was included in Ruth Reichl’s latest book Save me the Plums. In my version I added pancetta and breadcrumbs toasted in the rendered fat to add more salty/ nutty flavor and burrata to add creaminess.

This recipe is great because it comes together quickly and makes use of only a few ingredients. While the majority of the ingredients can be found all year round, the shining ingredient, ramps, are only found for a few weeks in the spring. While usually the farmer’s market is the best choice to find them I recently discovered some at Eataly.

While it can be hard to describe what ramps are, it’s easy to explain what they aren’t. They aren’t leeks or scallions or onions or shallots but they are in the same allium family. They are often called wild leeks or spring onions and taste more like a mix of mild garlic and leeks. Look for a pale pink or white bottom and two wide flat leaves coming from the top. They are typically foraged in the spring for a short period so keep an eye out. Former Food & Wine editor-in-chief Dana Cowin is quoted saying, “It’s like that elusive thing — the bad boyfriend, the jazzy car of the vegetable world.” 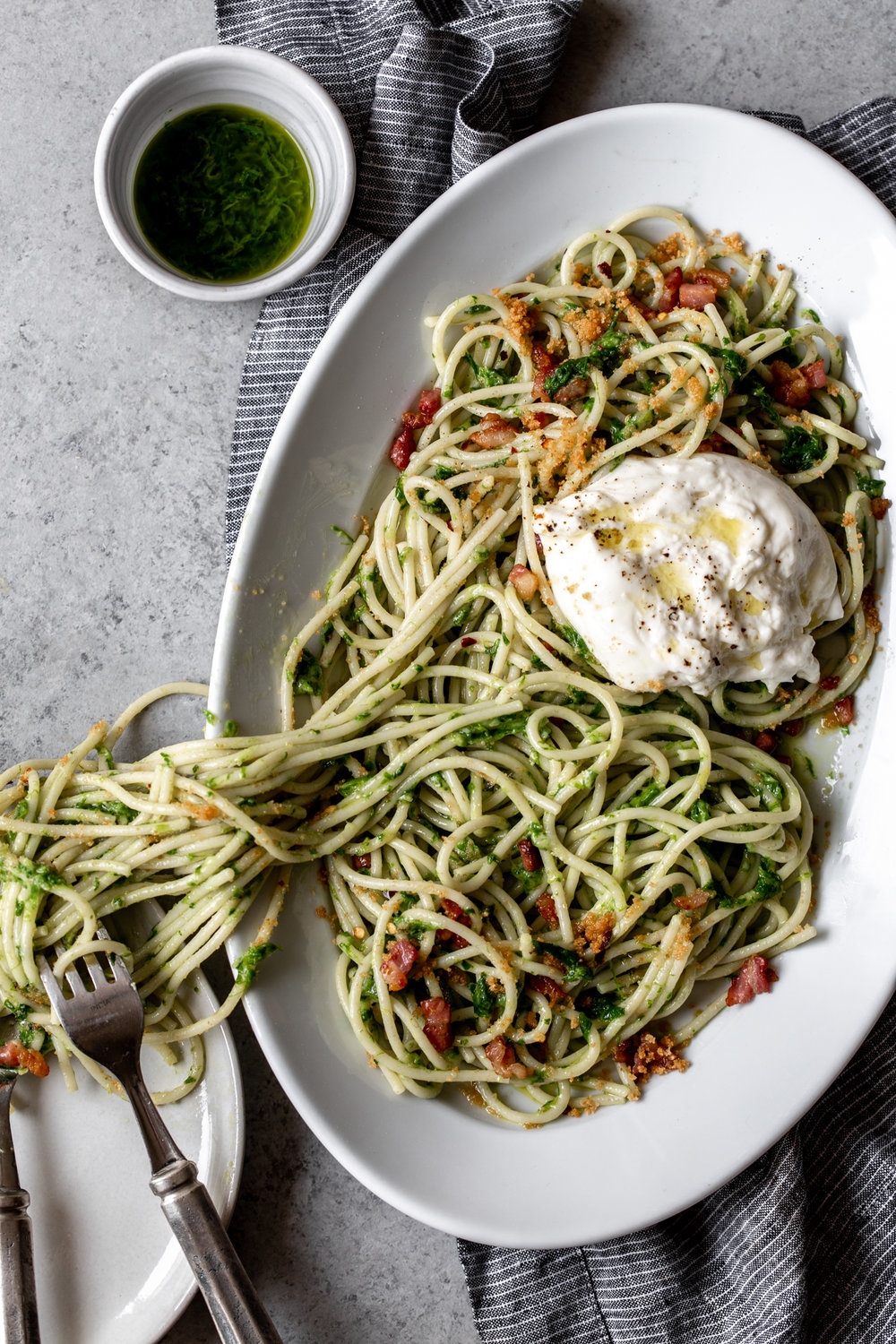 While I love their flavor and the hunt for the obscure alliums is almost as fun as finally finding them. In the spring I am constantly on the lookout every trip to the farmers market and grocery store I go to. It’s one of those ingredients like morels or fiddleheads where I will buy them when I see them and figure out what to make later. 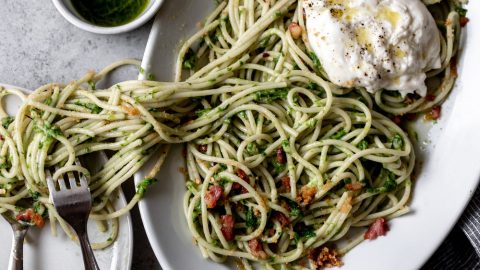