Prep Time: 30 mins
Cook Time: 10 mins
This pizza might be filled with veggies but the addition of the black truffle salt and creamy burrata cheese makes it a little more extravagant.

This pizza might be filled with veggies but the addition of the black truffle salt and creamy burrata cheese makes it a little more extravagant. And I have also included a spring root vegetable called “ramps” in the recipe. Many people are unfamiliar with ramps – outside of the food community they are quite obscure.

The food-obsessed go nuts for ramps in the spring and they have been known to cause a brawl or two at farmers markets. They are only available for a few weeks in the spring and usually have to be foraged so they aren’t readily available. The scallion-looking, leek/garlicky tasting root veggie is a hot commodity, so if you see ramps be sure to snatch some up.

I try to use the thinnest asparagus I can find for this pizza – I don’t cook it beforehand so asparagus that is too thick will be raw. The thin asparagus gives you a nice crunch and it gets a nice char from the grill. If you can’t find any pencil-thin asparagus at the store, use a knife or mandolin to thinly slice or shave the asparagus for your pizza.

Using the grill to cook the pizza adds a little smokiness to the flavor and also adds extra crunch to the dough. The grill can also get to a higher heat than the oven, which allows it to cook more quickly. 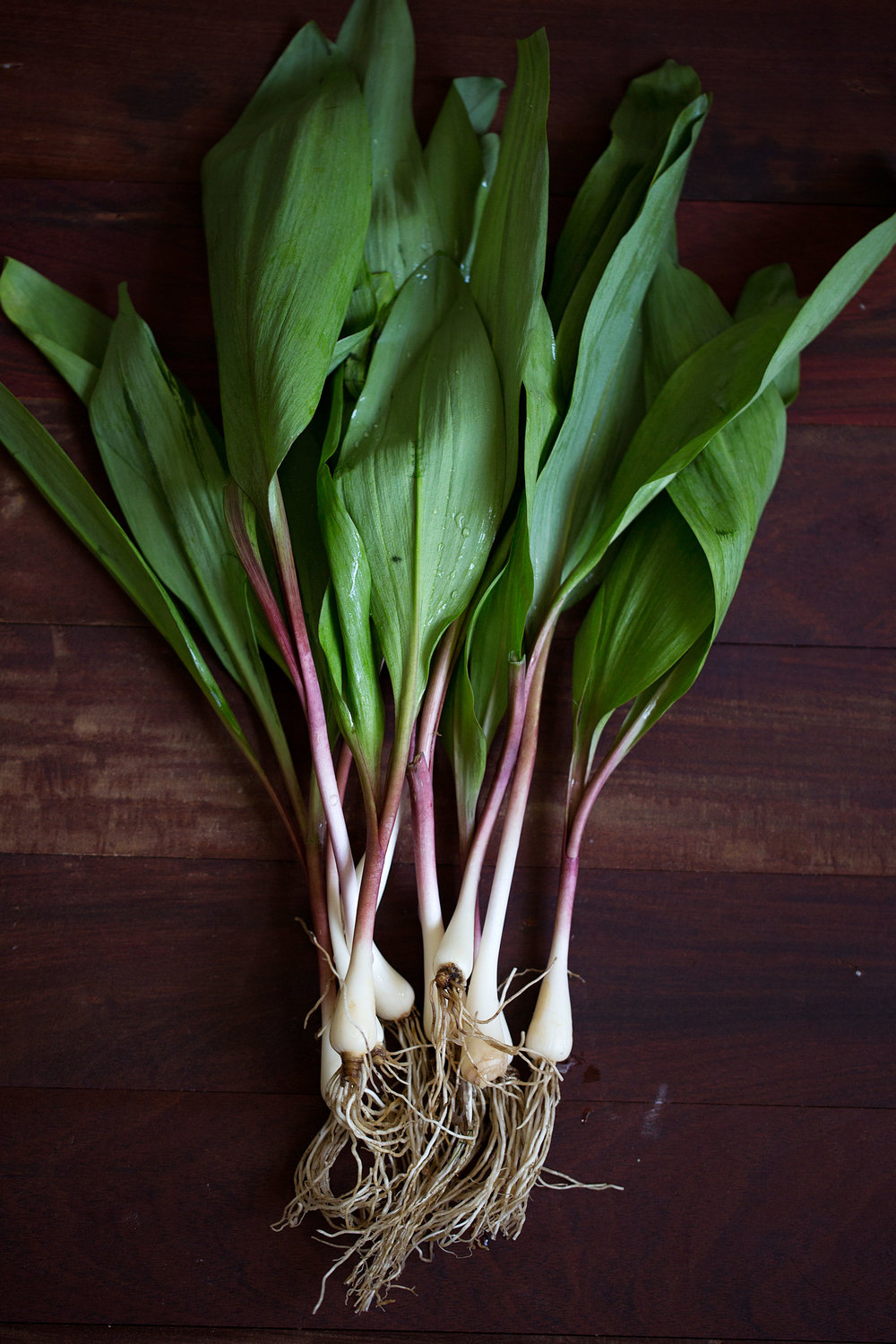 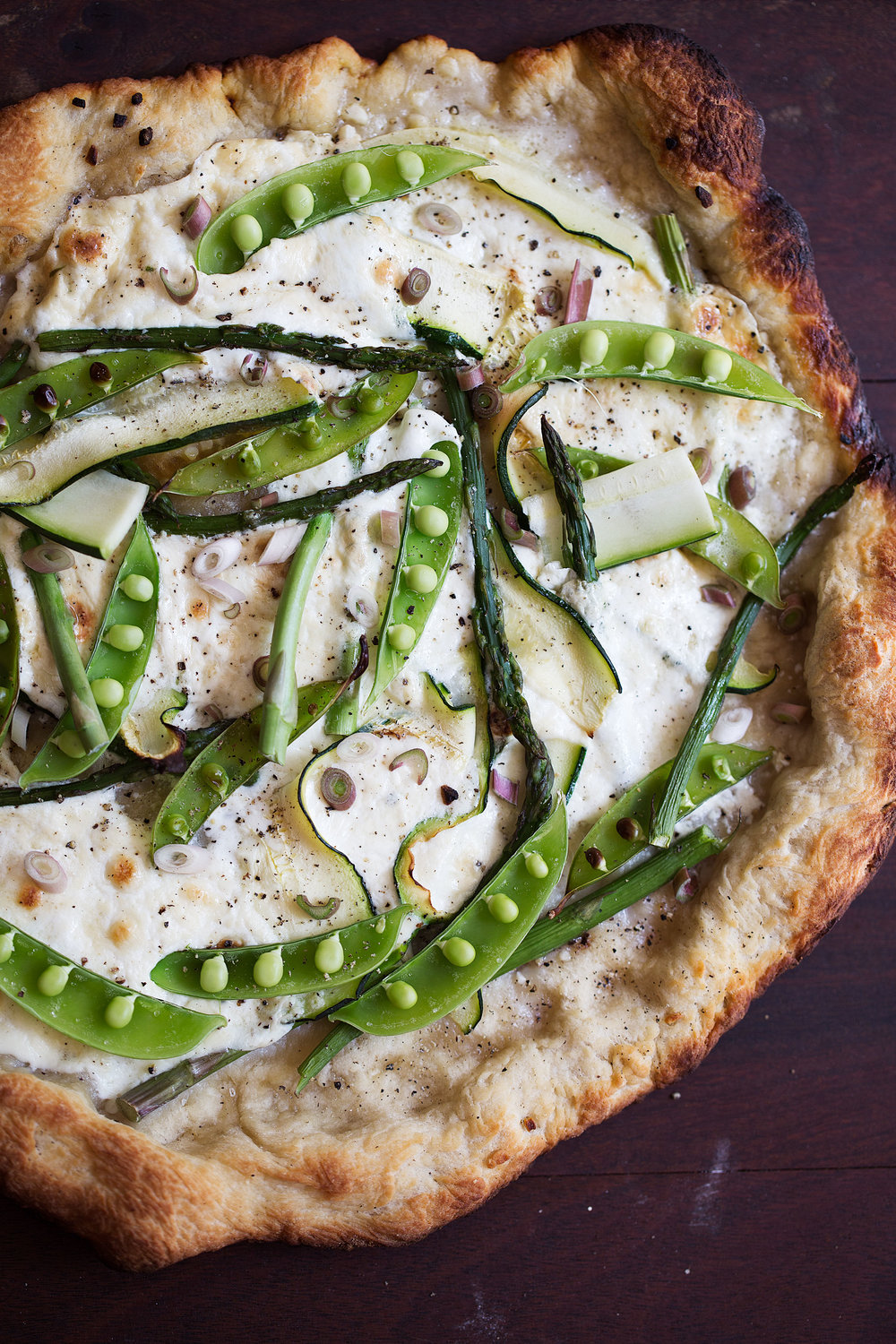 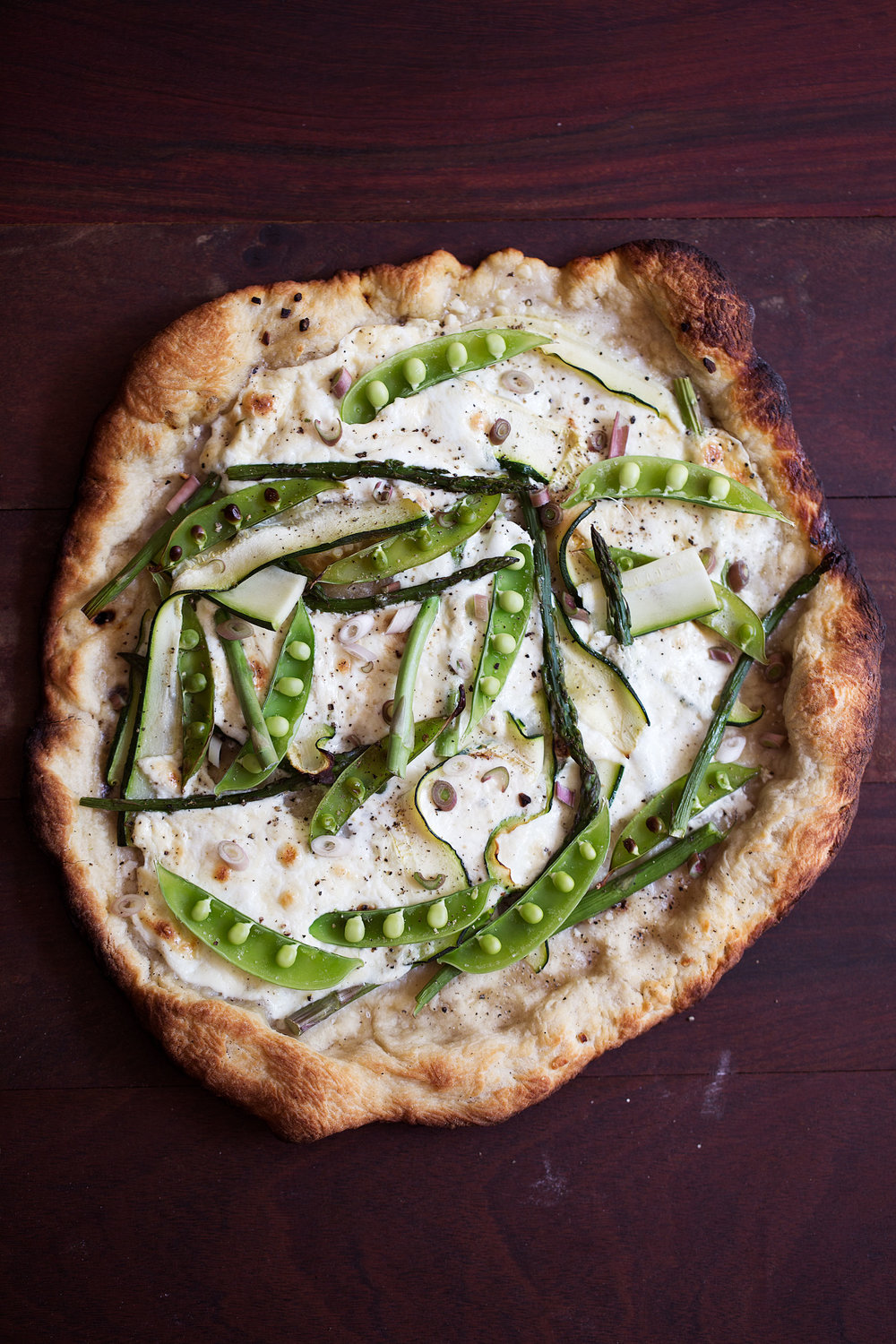 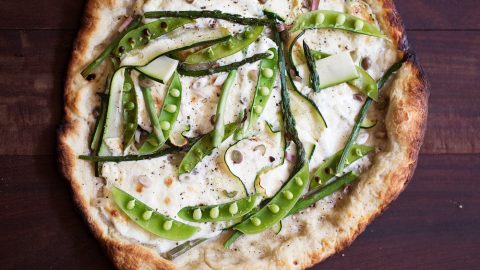