This caprese sandwich is among my favorites for a hot summer day when heirloom tomatoes are at their peak. I top crispy ciabatta bread with fresh pesto, sun dried tomatoes, mozzarella cheese, heirloom tomatoes and sweet balsamic glaze. It’s based off of a sandwich that I used to get from Malibu Kitchen.

It’s a small gourmet sandwich shop and bakery in the Malibu Country Mart that serves great comfort food as well as great sandwiches, something that is hard to come by in Malibu, California. Over the years the owner has developed a reputation akin to Seinfeld’s “soup Nazi”; he will refuse service to anyone on a phone. There are plenty of stories about the eccentric owner, I chalk some up to urban legend, but the fact remains – the food is good and people go back.

How to Make this Caprese Sandwich

If you enjoy this recipe, give these other tomato recipes a try: 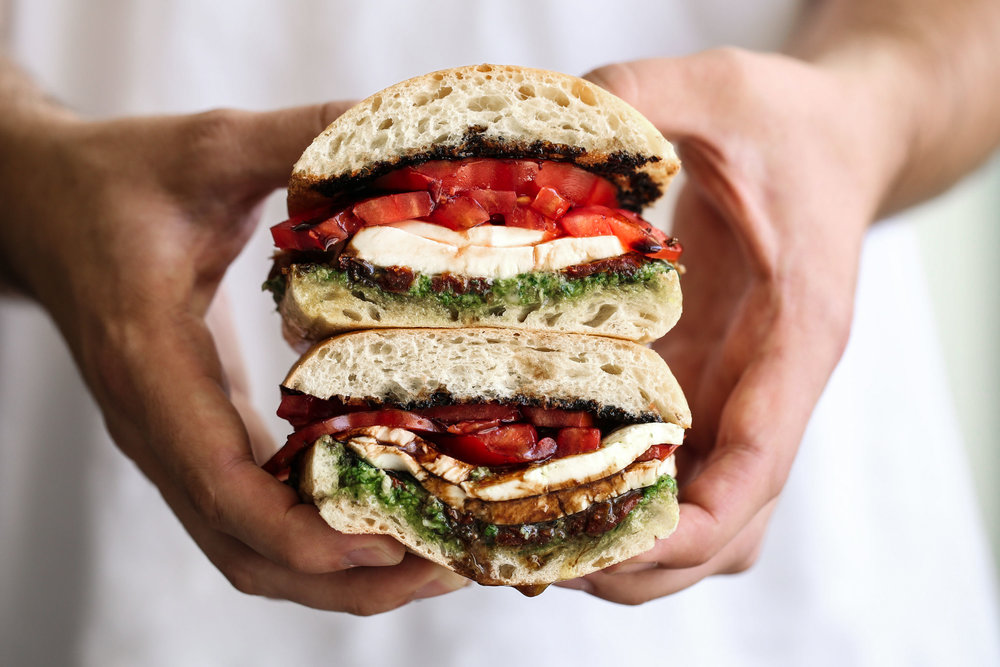