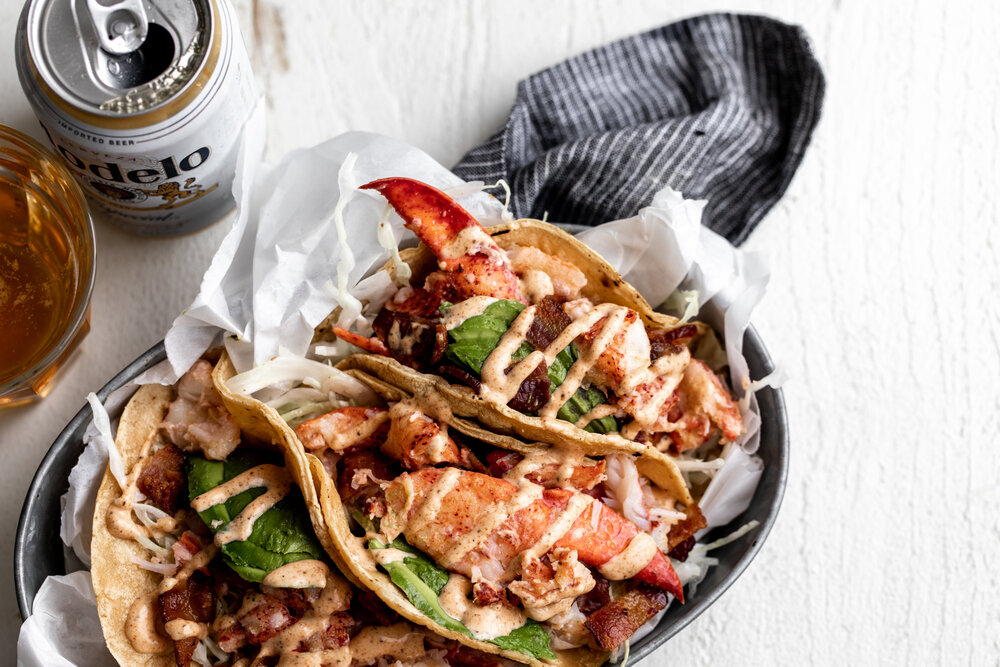 These tacos filled with sweet, succulent Maine lobster meat, crispy bits of bacon, creamy avocado and finely shredded crunchy cabbage are a new summer favorite of mine. I top them off with a mixture using the east coast favorite, Old Bay® Seasoning, combining it with sour cream and mayonnaise for a zesty sauce. If you’ve never tasted Old Bay Seasoning, it’s a blend of savory spices like celery salt, bay leaf, mustard powder and black pepper among others, and it’s commonly used to flavor seafood like crab, lobster and other shellfish.

While you can easily substitute in 1 pound of any type of lobster meat if you are starting with a whole lobster or only have access to tails, I love the presentation of the claws in the tacos and the sweet, tender meat. 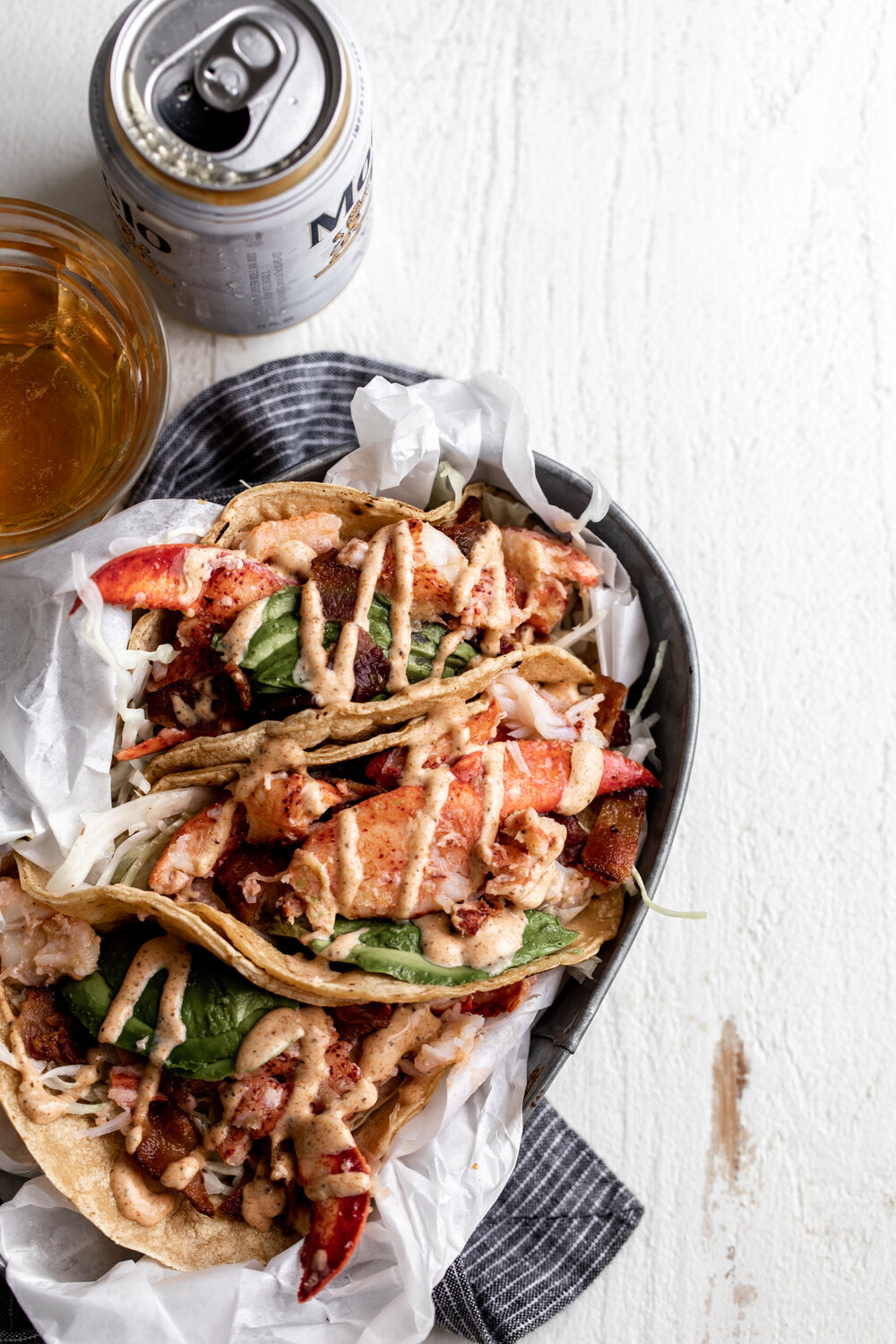 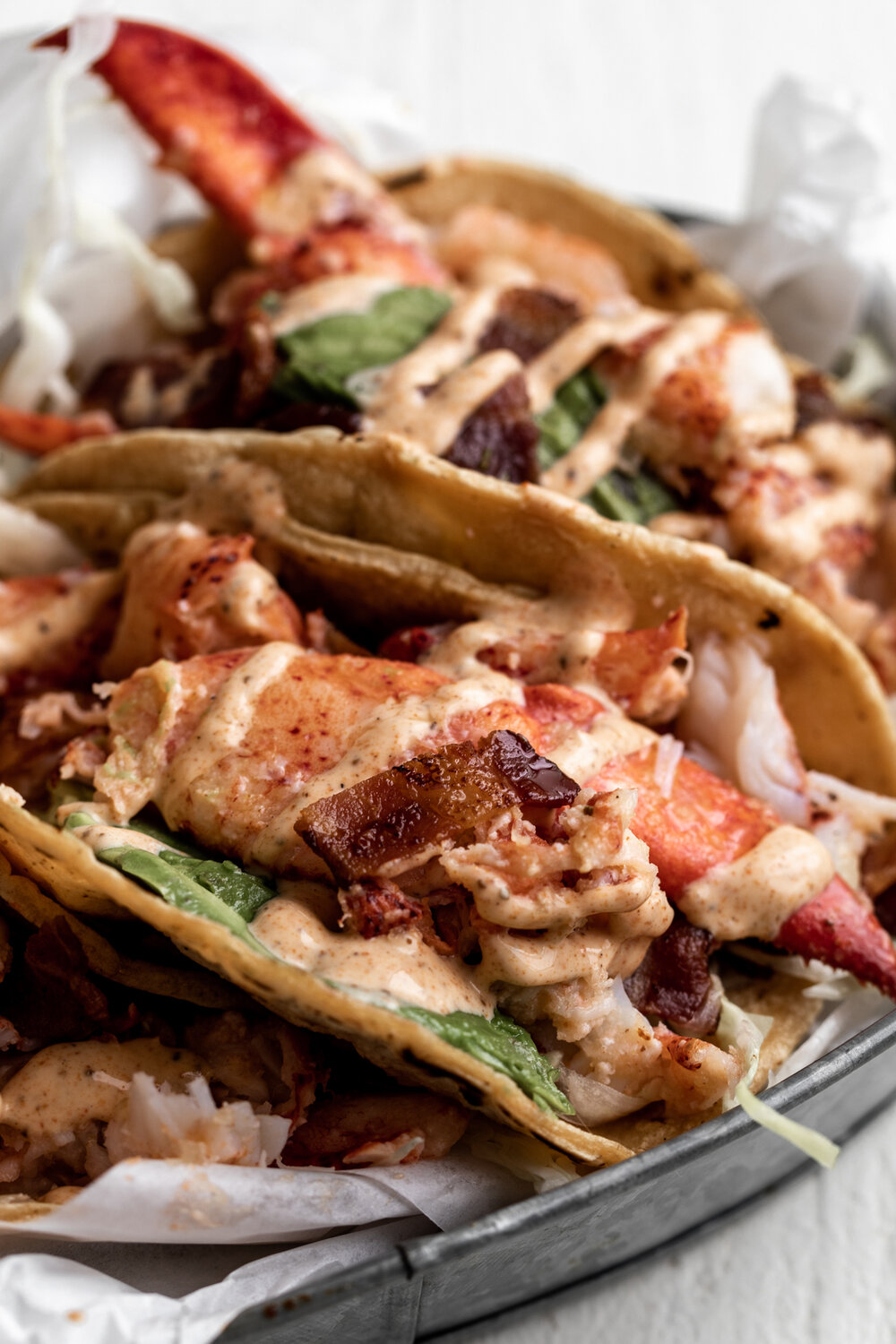 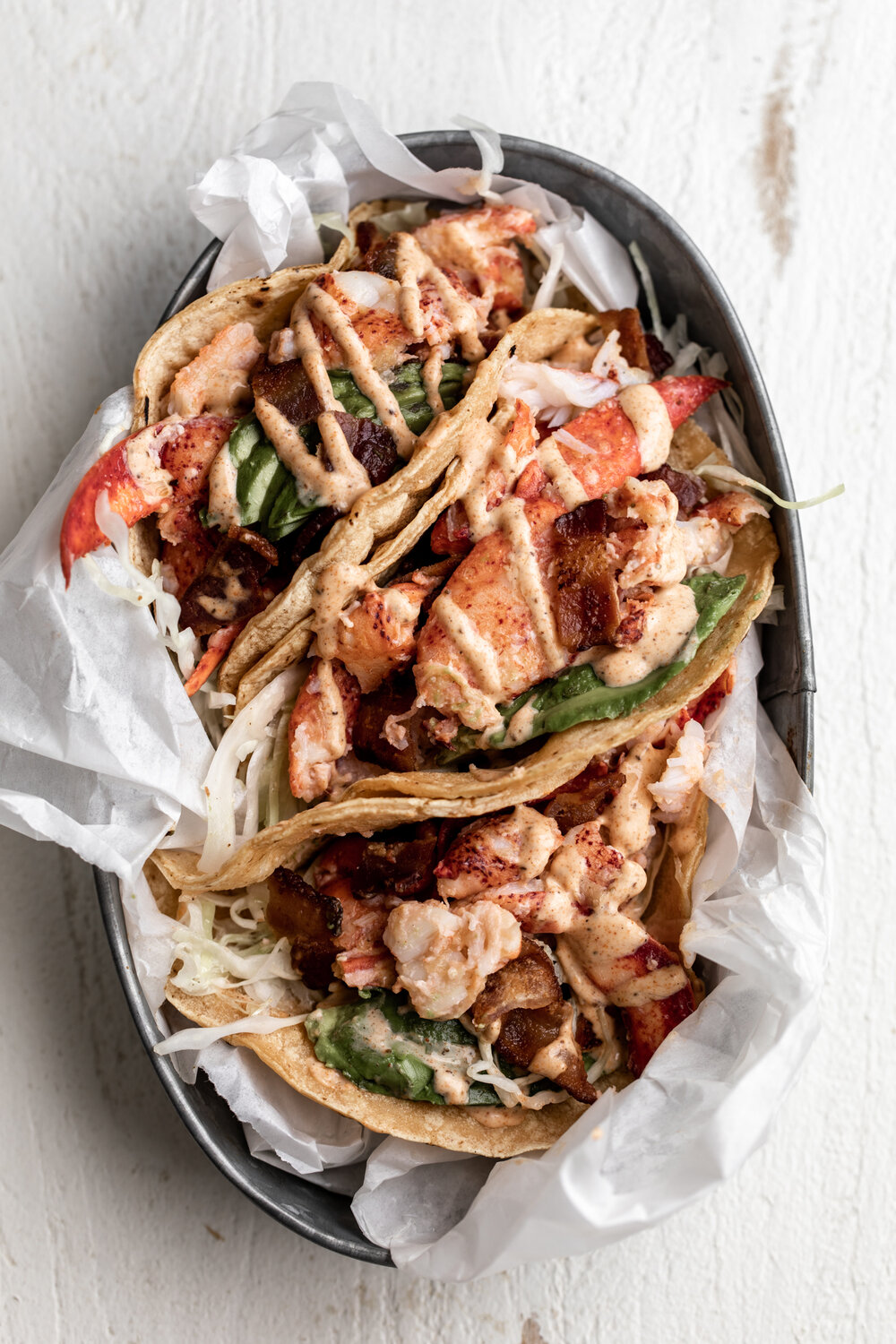 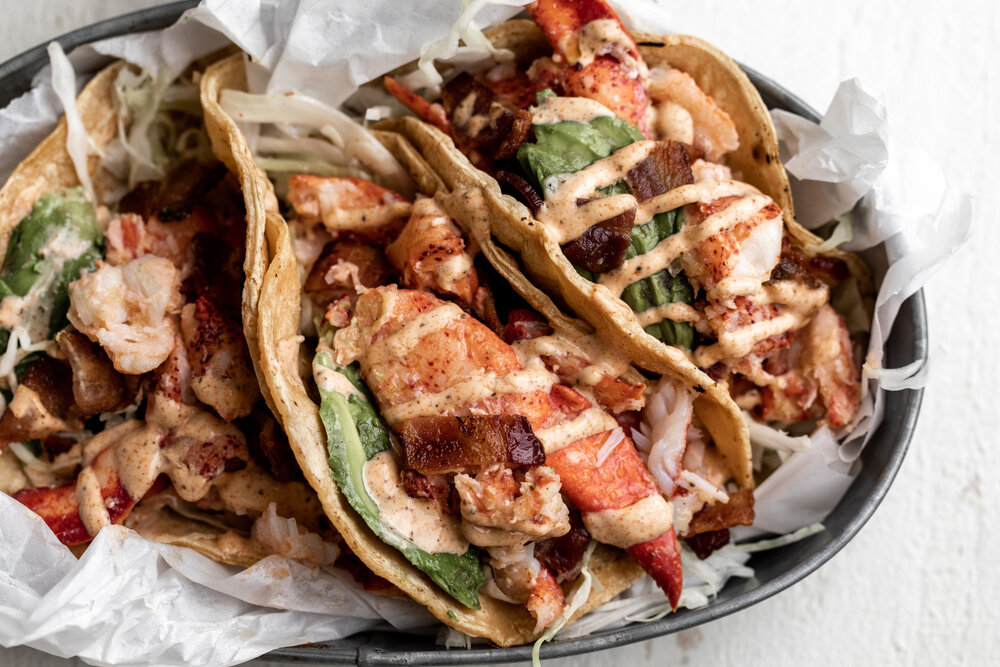 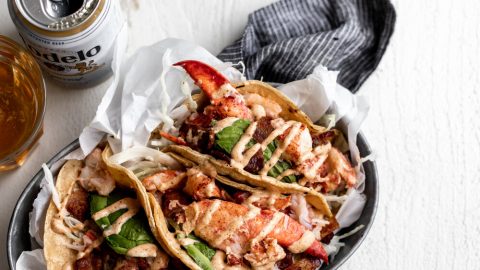 For the Old Bay crema:

For the lobster & bacon filling:

For the Old Bay crema:

For the lobster & bacon filling: