Prep Time: 10 mins
Cook Time: 30 mins
I have received many requests this year for some re-imagined and healthier spins on some classic Southern holiday dishes. One such dish is green bean casserole.

In my version trimmed green beans are first blanched to retain their bright color and tossed with sautéed mushrooms in a homemade cream sauce topped with a bit of Parmesan cheese then baked and topped with fried shallots. This version is more of a cross between a French gratin using green beans and a traditional southern green bean casserole.

The truth is, I’ve been trying to give this Thanksgiving staple an upgrade for years, but my brother refuses to give up the canned version. One year we had two versions, this one and the classic – I have to say, this homestyle version went first! 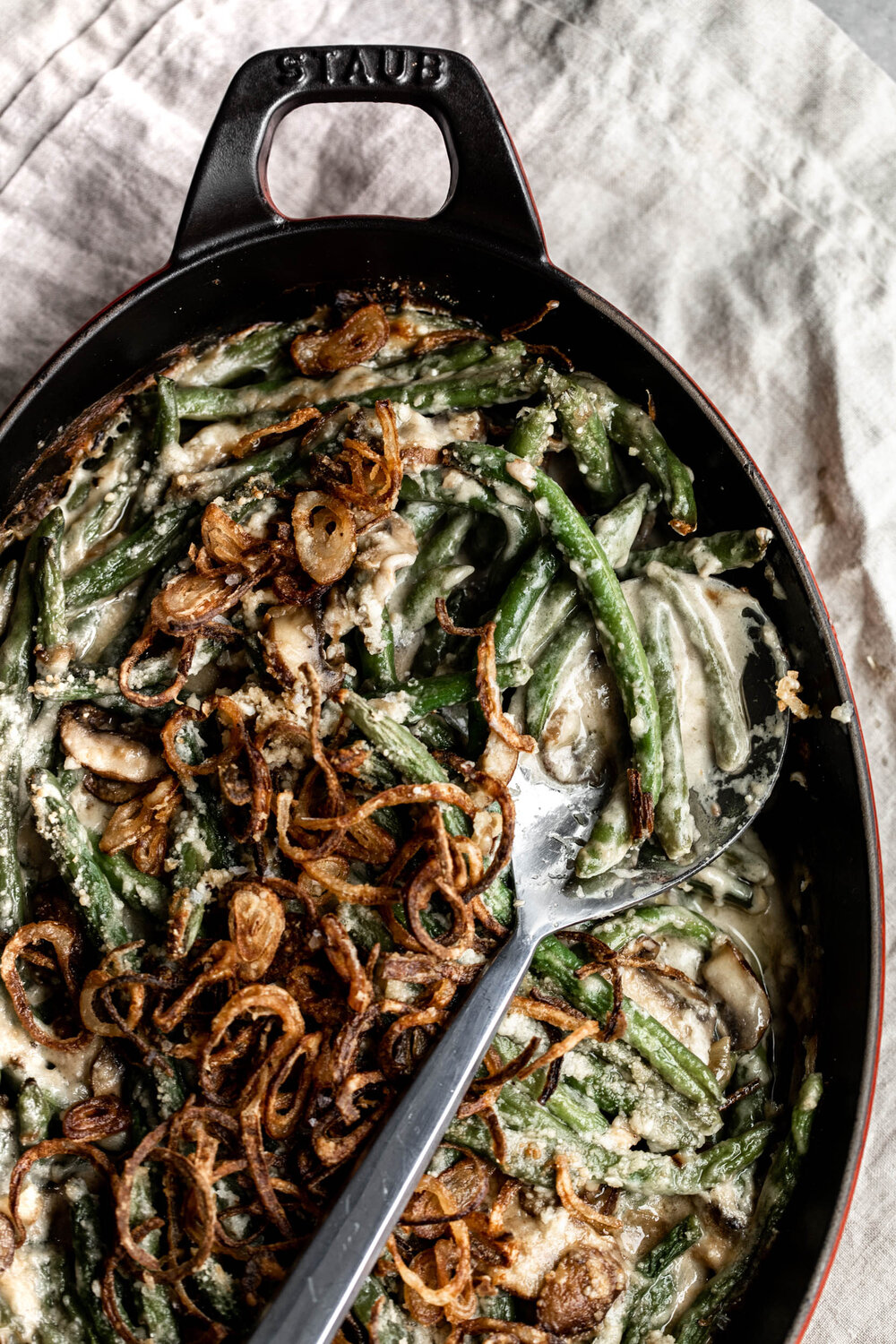 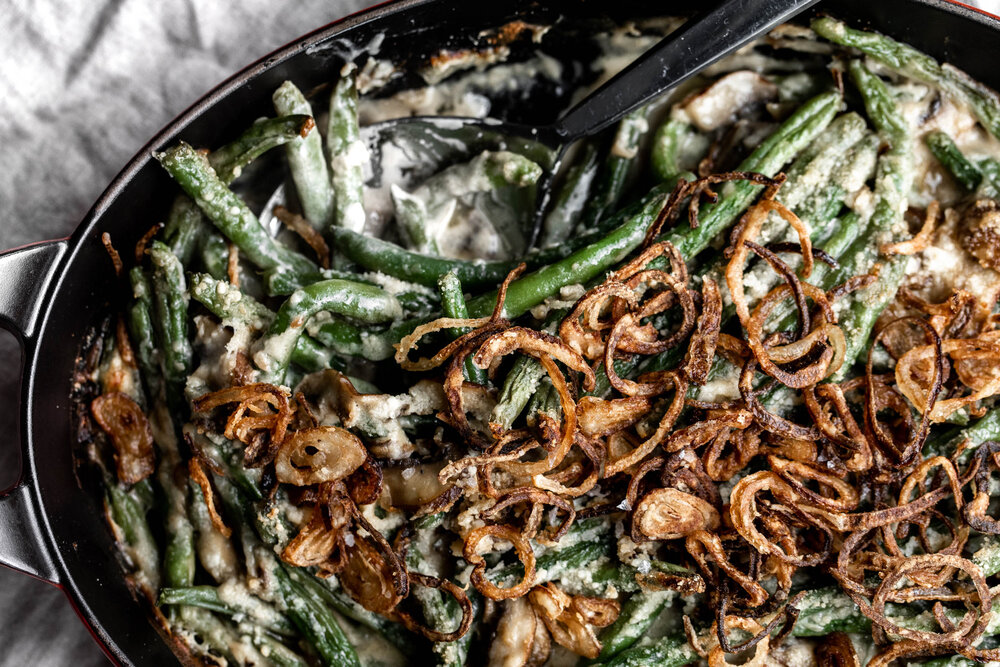 For the green bean casserole:

For the green bean casserole: