Prep Time: 20 mins
Cook Time: 40 mins
For this recipe I chose to use a lesser-known cut of meat called culotte picanha.

I don’t have a grill so I love searing steak in a cast-iron skillet on the stove. The high heat and cast iron give the steak a nice crispy outer crust. For this recipe I chose to use a lesser-known cut of meat called culotte picanha. I tried it after my butcher friend Sebastian at The Pastoral Pig in New Jersey recommended it because as he says, “it is as tender as filet but with a lot of flavor”.

Side note and pro-tip: get to know your butcher!

They can recommend all sorts of different cuts and methods that you may be unfamiliar with and it’s a great way to educate yourself. 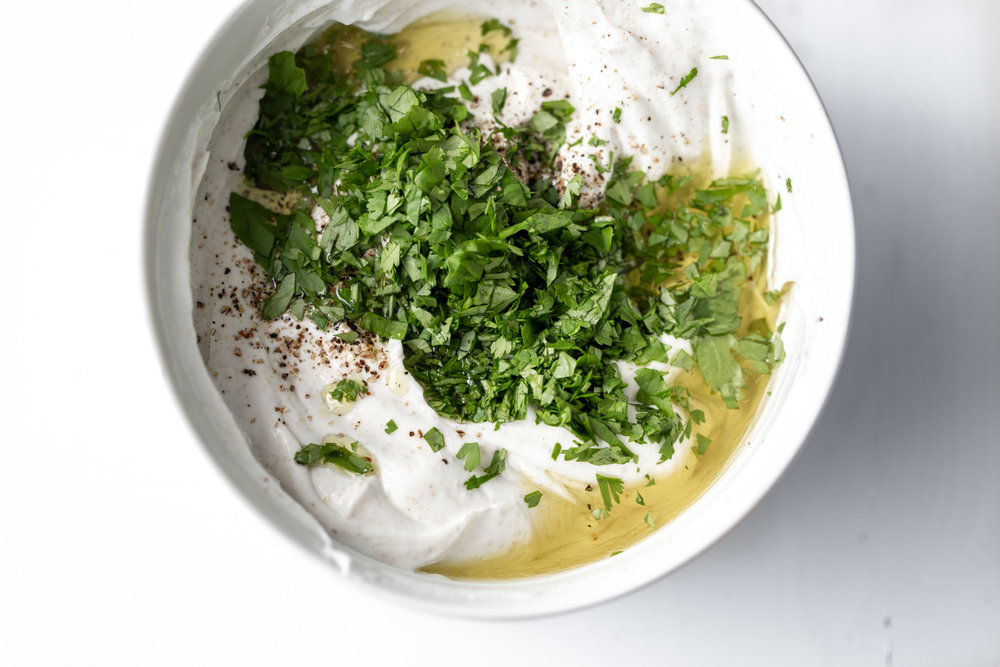 This cut of meat is favored by Brazilian steakhouses but is relatively unknown and unused by the American public. The triangular cut comes from the sirloin cap – it’s located under the sirloin and under the tri-tip. It typically has about ¼ inch of fat on the top of the cut. If your butcher doesn’t have culotte picanha then substitute your favorite cut of steak – but there is nothing exactly like culotte. 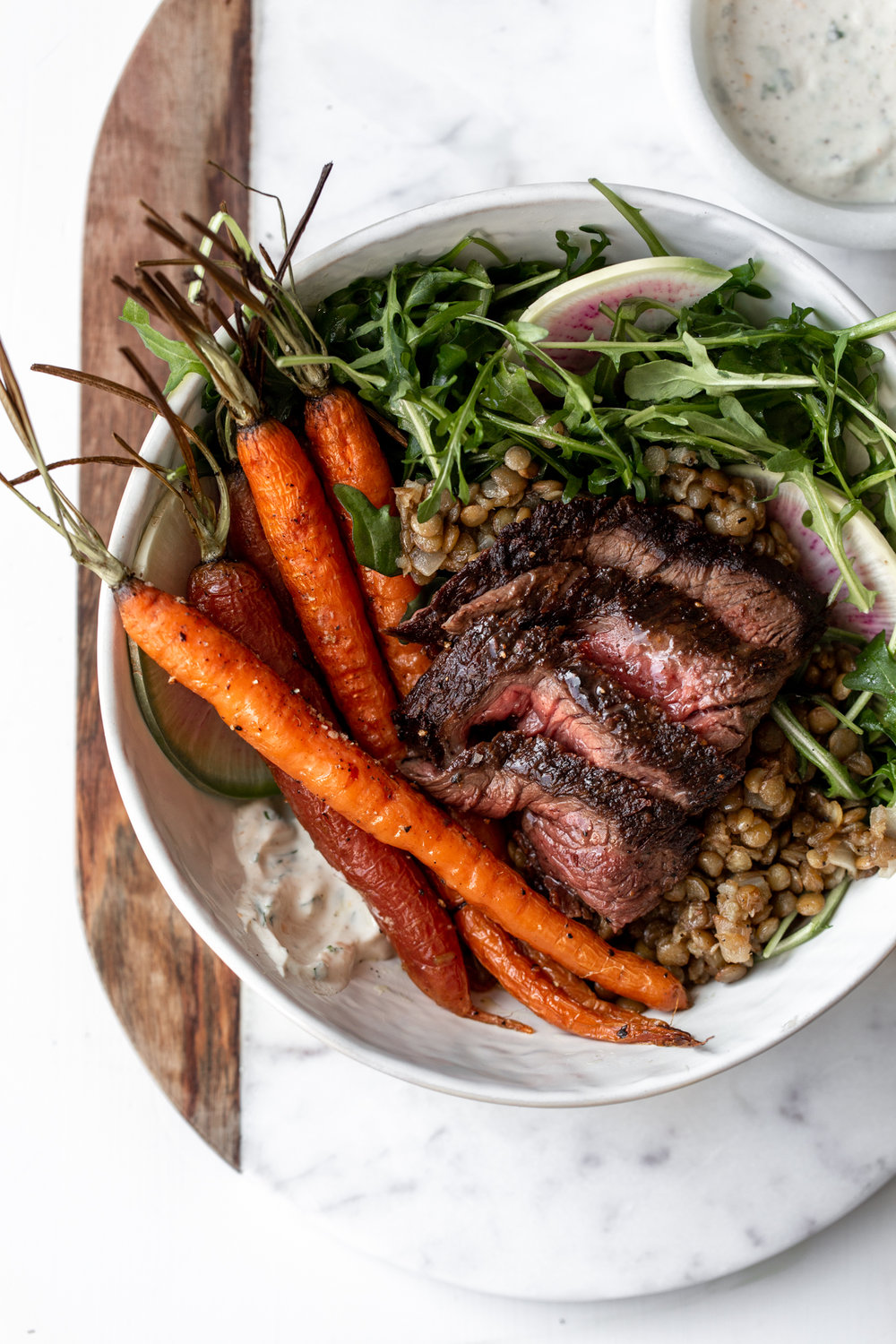 I love lentils in many different forms but my favorite way to make them is refried. My uncle taught me this method years ago, and this side makes its way into my dinner plan frequently. Lentils compliment a variety of proteins like steak, lamb or even salmon. As I get older I try to make more rounded meals for dinner with a protein, vegetable and grain and to make that easy I turn to bowls like this one with a combination of steak, lentils, roasted carrots and arugula. 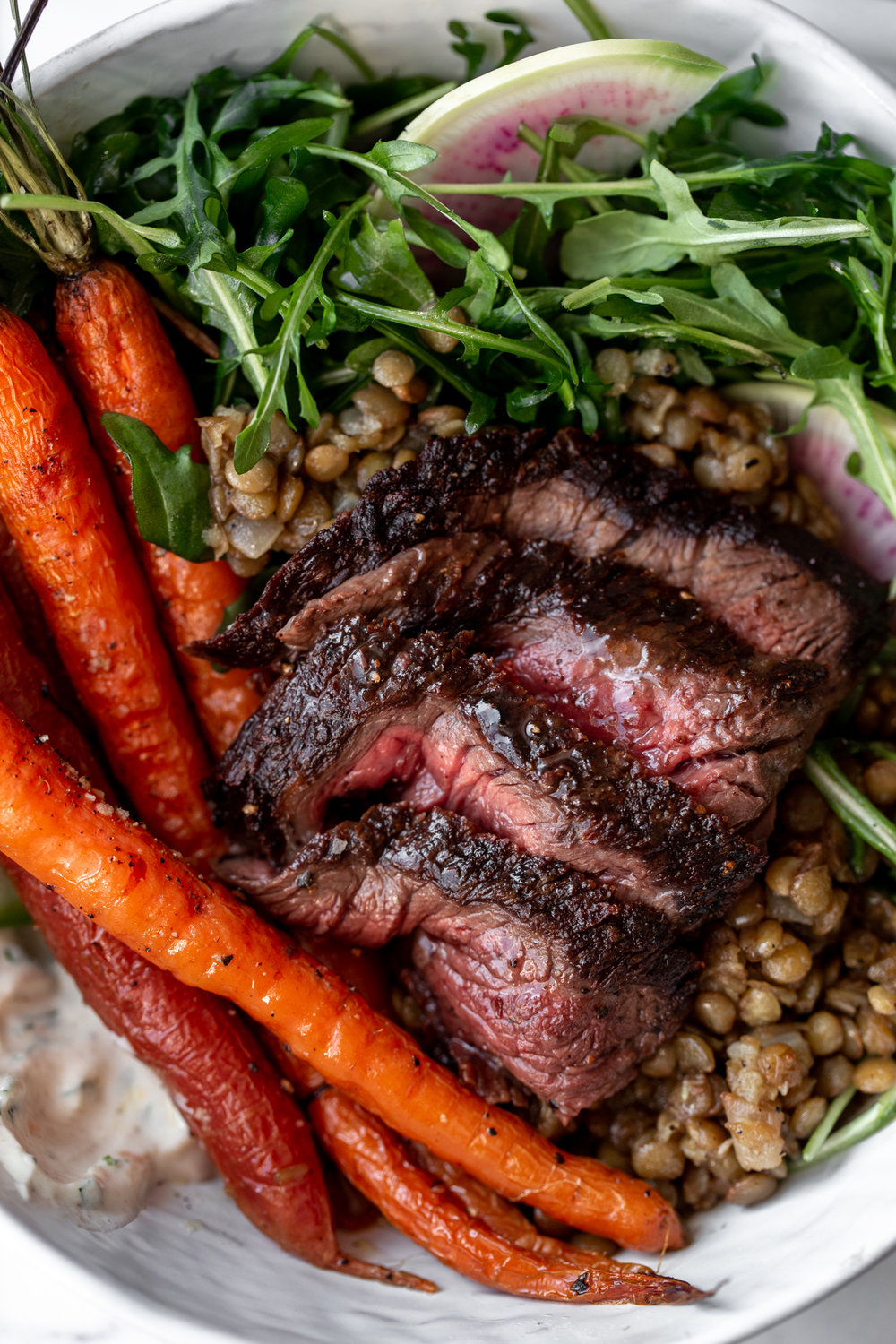 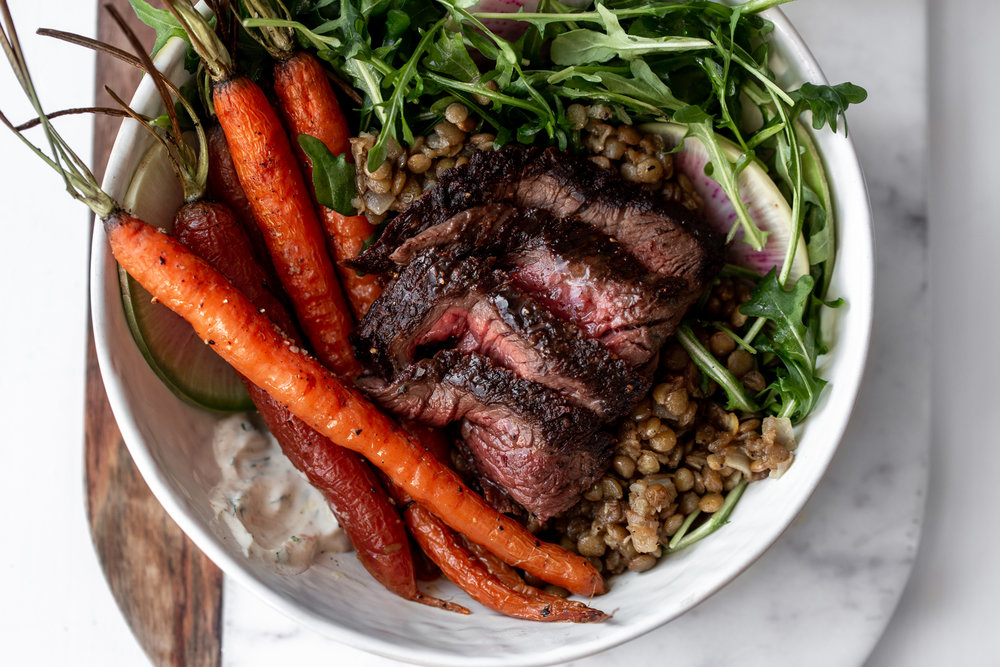 For the spiced yogurt sauce:

For the roasted carrots:

For the seared steak:

For the refried lentils:

For the spiced yogurt sauce:

For the roasted carrots:

For the seared steak:

For the refried lentils: