Prep Time: 10 mins
Cook Time: 20 mins
These crispy shell tacos known as “tacos dorados” referring to the golden-brown fried corn shell. They remind me of taco nights growing up when we made tacos from store-bought taco kits.

These crispy shell tacos known as “tacos dorados” referring to the golden-brown fried corn shell. They remind me of taco nights growing up when we made tacos from store-bought taco kits. Crispy shell tacos like these have Mexican roots (long before Taco Bell was selling them) though it is hard to pin down the exact story about the invention. The history of tacos in the US begins with hard shell tacos brought up from Mexico – the first known English-language reference to these types of tacos appeared in the LA Times in 1899.

These crispy fried corn tortillas are stuffed with well-seasoned ground beef and topped with shredded lettuce, cheese, diced tomatoes and a touch of sour cream. I always choose to fry my own hard shell corn tortillas rather than buying them at the store. 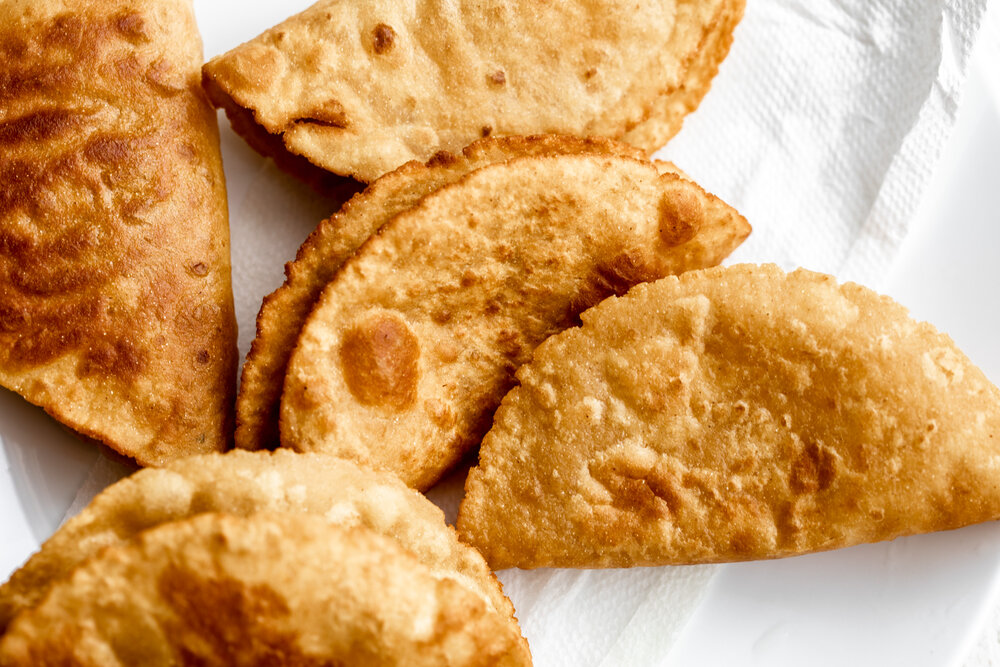 I swear anytime I buy a pack of crispy shells at least half of them are broken. I also prefer to make my own taco seasoning rather than buying store-bought packets. Not only do I know exactly what goes into the seasoning this way, but the recipe uses spices that I always keep stocked in my pantry so I don’t need to keep around additional products. 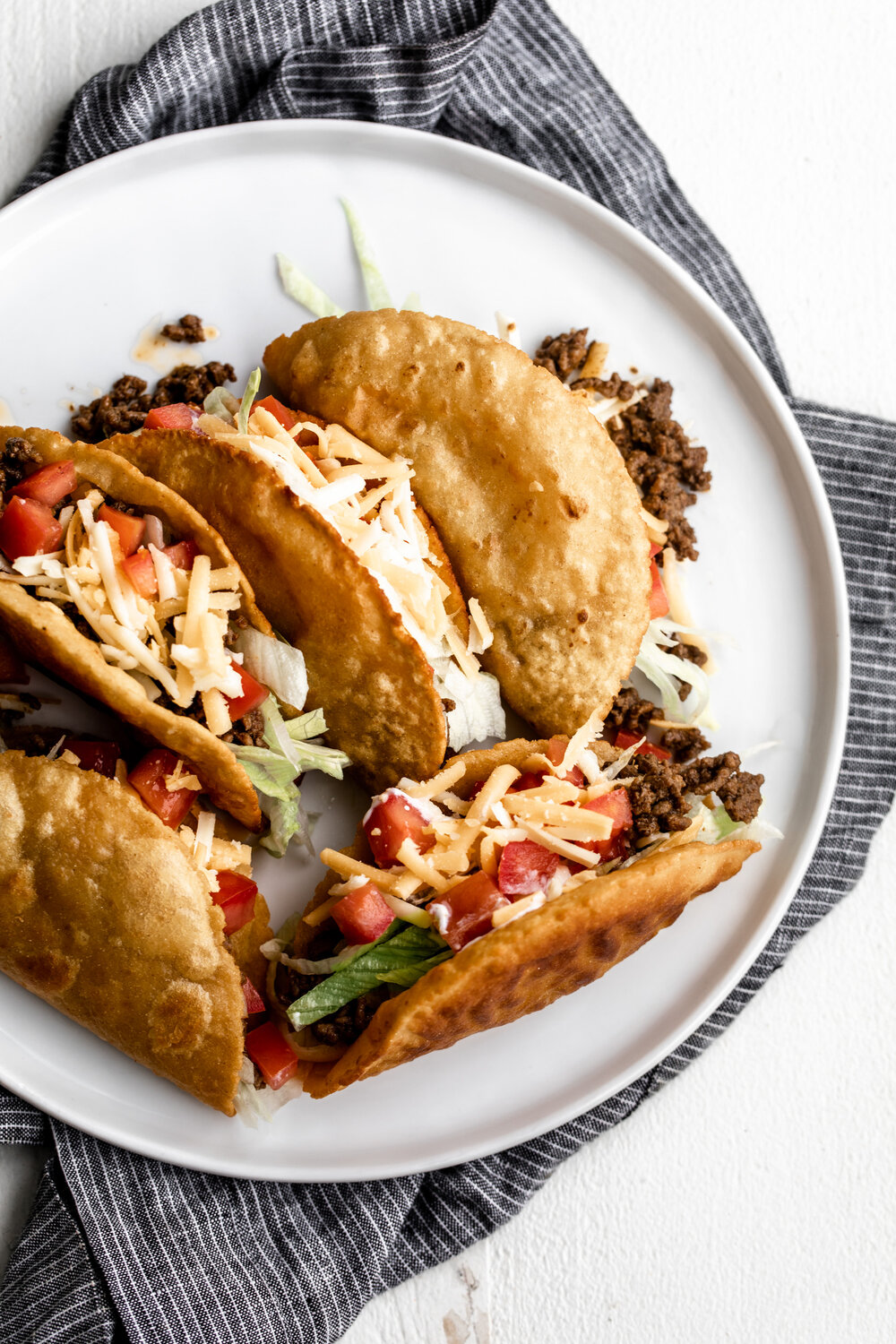 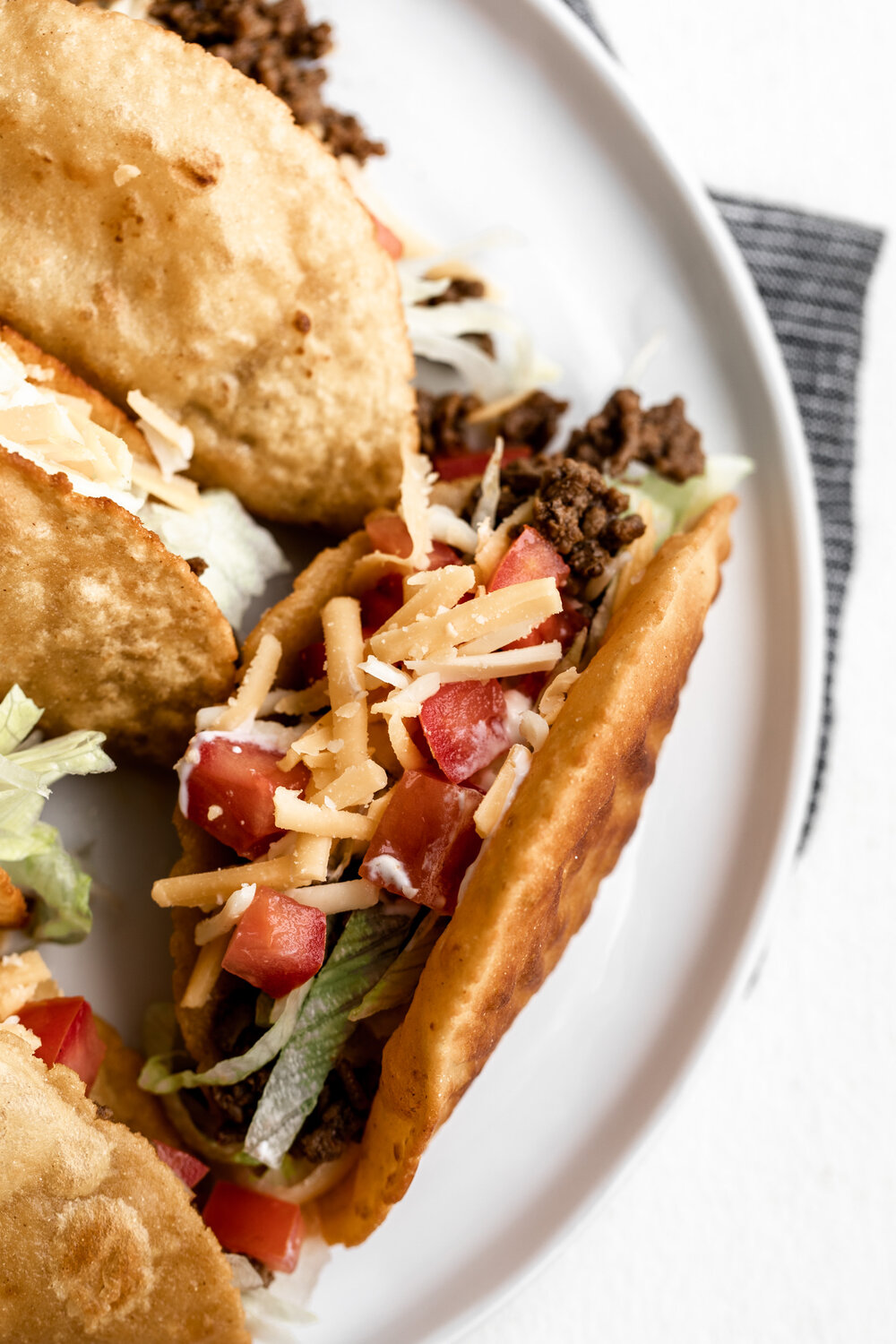 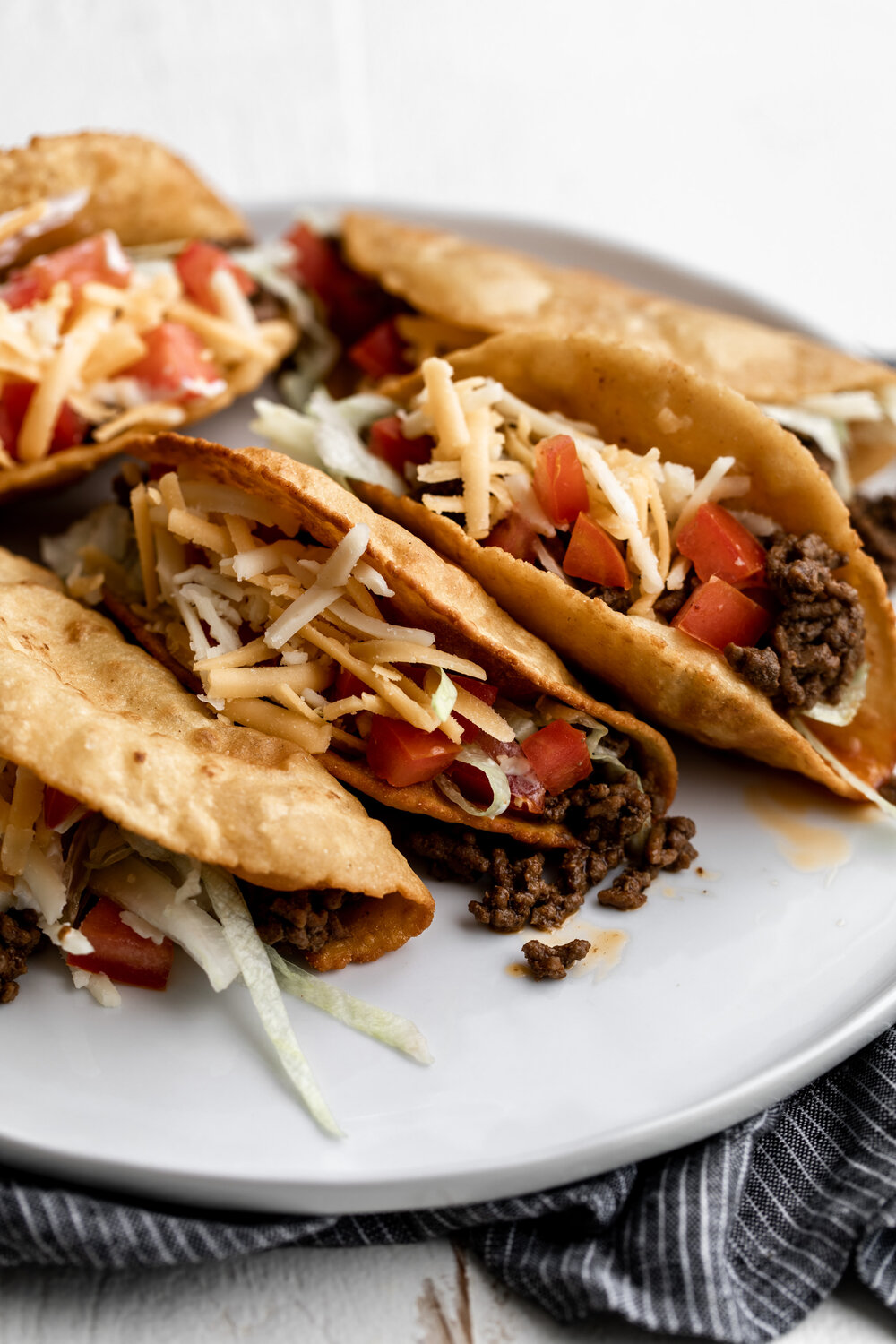 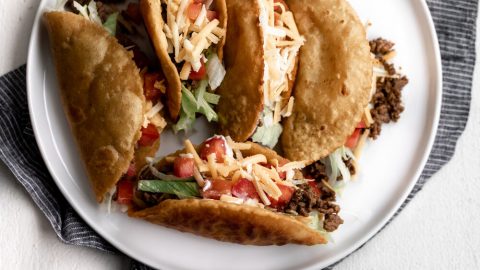 For the taco seasoning:

For the taco seasoning: