Tex-Mex cuisine is rooted in Tejano culture (Texans of Spanish or Mexican heritage who lived in the territory of Texas before it became a part of the United States in 1845). This cuisine is marked by the melding of Mexican ingredients and those found more commonly in the Southern US, blending the two cultures.

Wilting, “almost-too-far-gone” cilantro is perfect for blending into dressing like this buttermilk cilantro ranch. It will keep the color and flavor and save it from getting tossed in the trash. 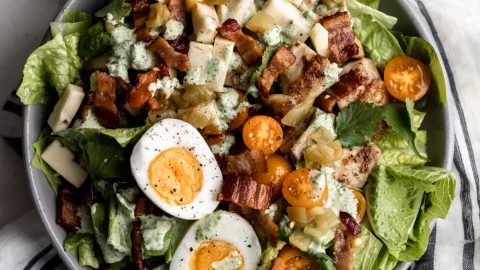 For the buttermilk cilantro ranch dressing:

For the buttermilk cilantro ranch dressing: