After a long cold winter, by the time spring rolls sound, I can’t get enough of the seasonal vibrant produce.

A quiche is great for serving a small group since it can be made ahead of time and is a flexible recipe – add cooked bacon if you want to add some meat to the mix. Serve on its own or accompanied by a light butter lettuce salad.

>While this quiche is made using homemade pastry dough, you can substitute a frozen pastry dough, thawed and rolled out, or you can even use a pre-made pie crust in a pinch. 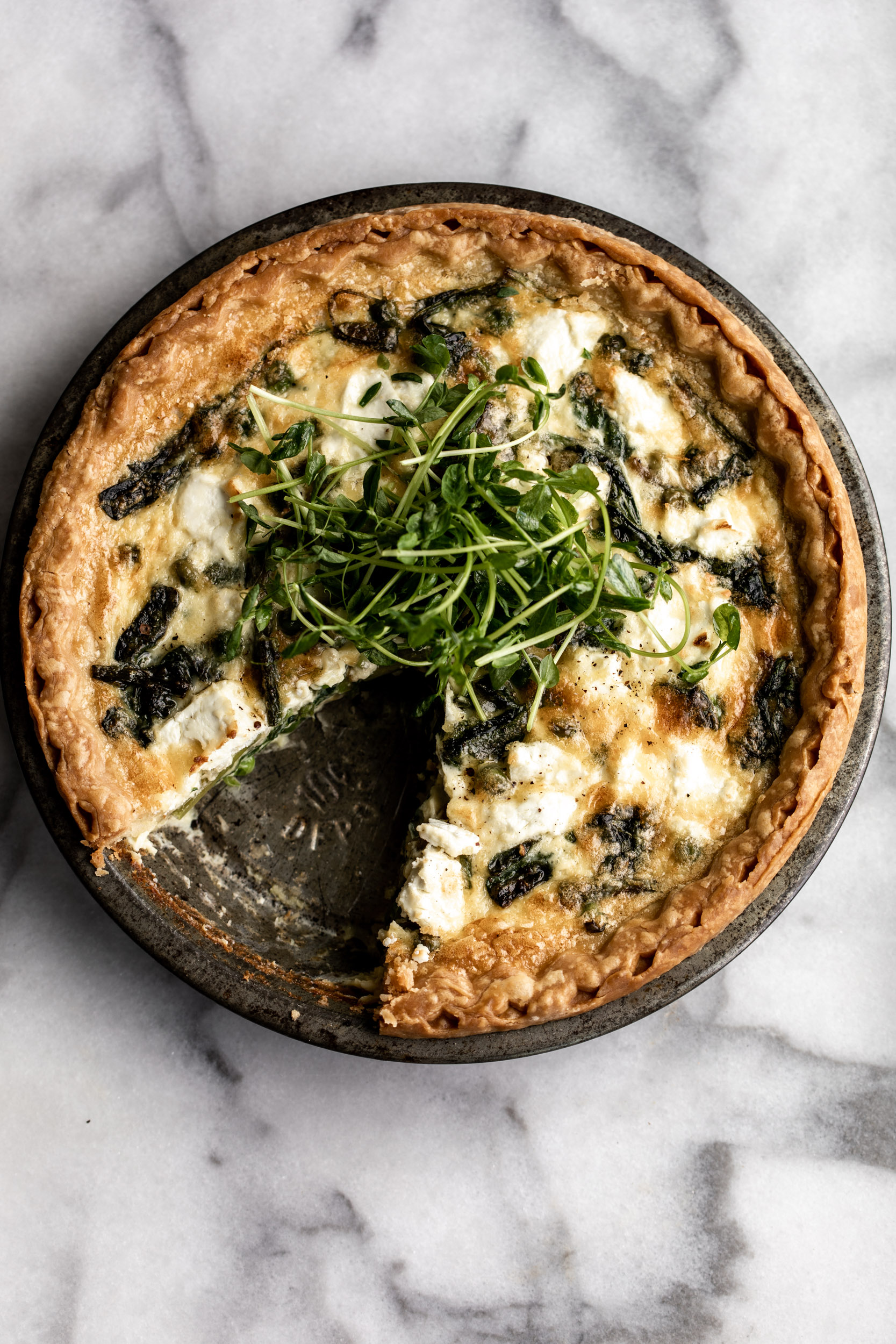 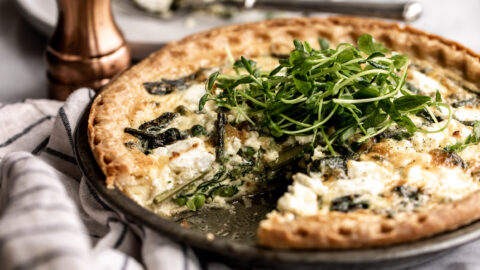