Prep Time: 20 mins
Cook Time: 1 hr
As the name implies, this salad is loaded with a mix of fresh and roasted vegetables for a hearty end-of-summer salad.

This post is sponsored by Diamond of California Nuts.

As the name implies, this salad is loaded with a mix of fresh and roasted vegetables for a hearty end-of-summer salad. The green beans, potatoes, onion and tomatoes make this very similar to a Niçoise salad, but the addition of roasted beets, arugula, zucchini, squash and fennel make it more vegetarian in nature.

I top the salad with Diamond Nuts sliced almonds for an added crunch and nutty flavor. Simmering the garlic in the olive oil before making the dressing infuses the oil and mellows the flavor of the garlic. 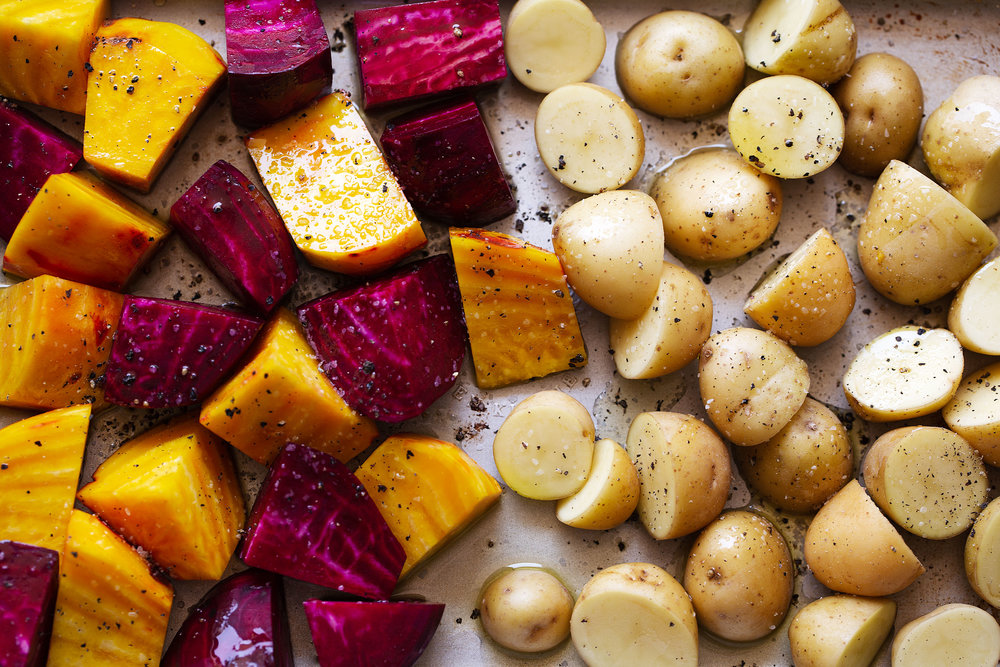 During summer I practically live on salads. When I’m running around testing recipes I like to have a salad in the fridge that I can quickly grab and eat when I have time. 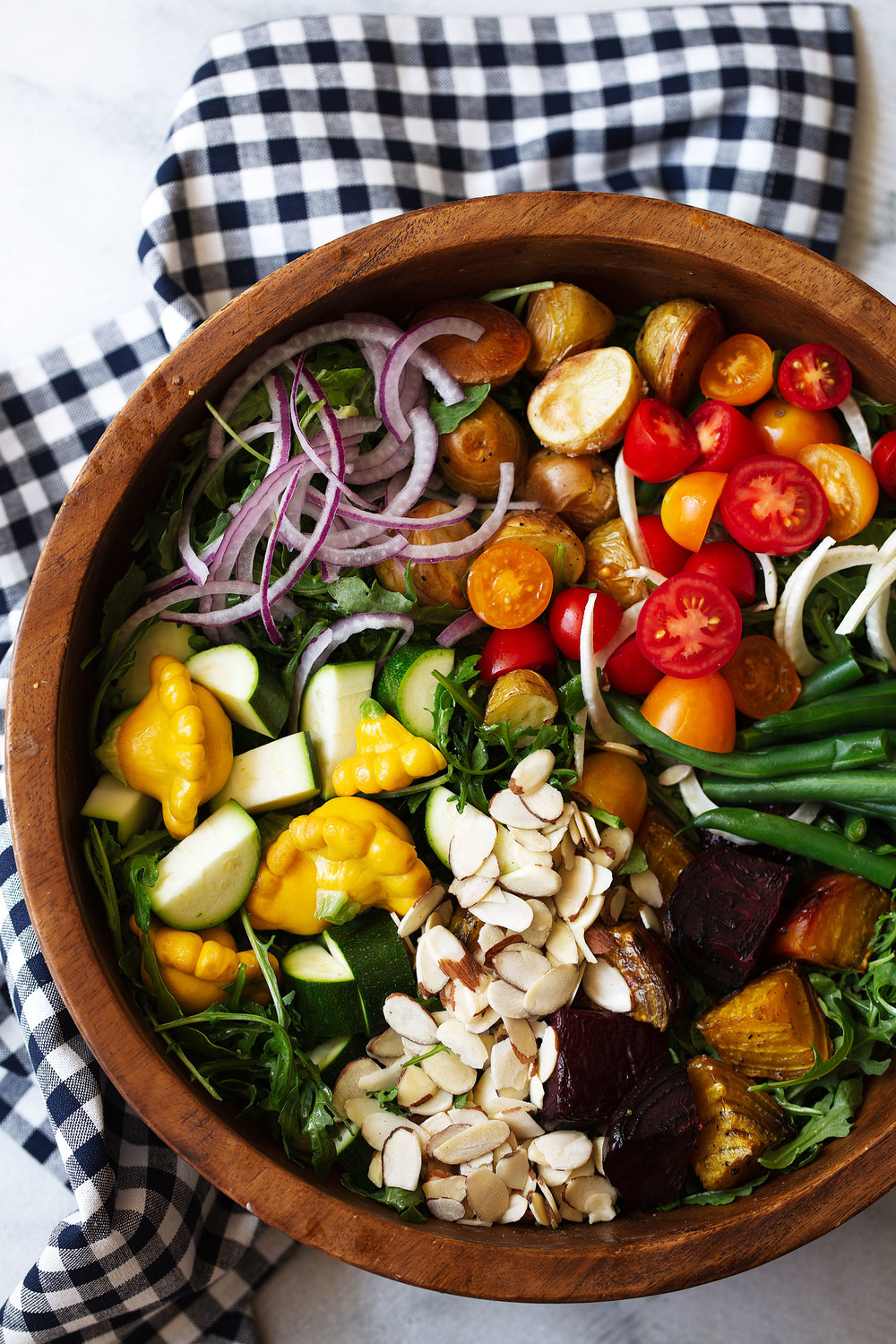 While it requires a few extra prep steps, this salad is great to take to work for lunch. I like to separate the arugula from the rest of the salad and assemble just before serving so that it doesn’t wilt. 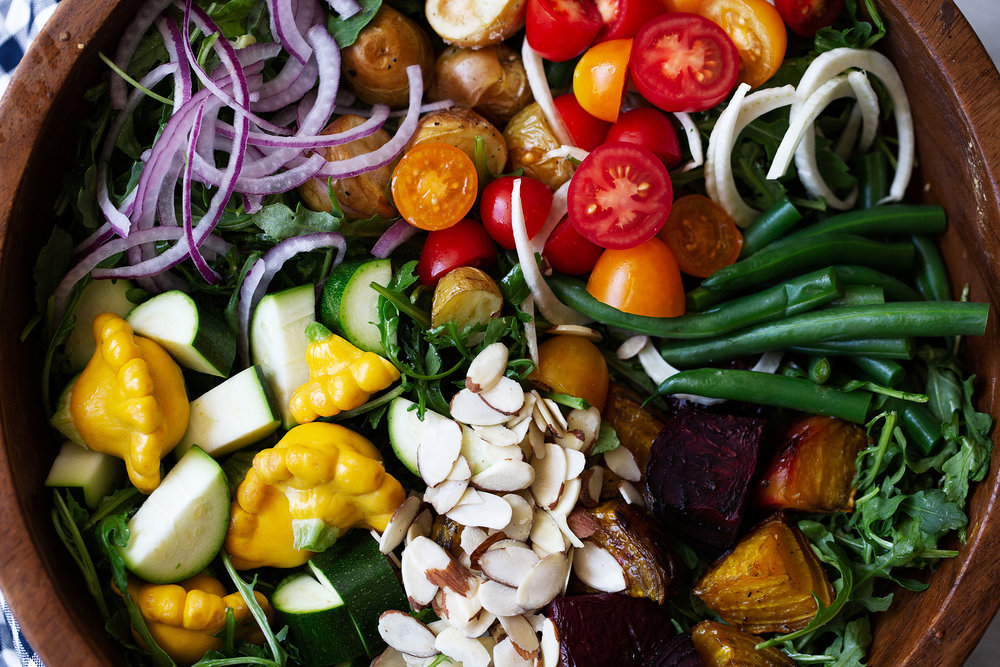 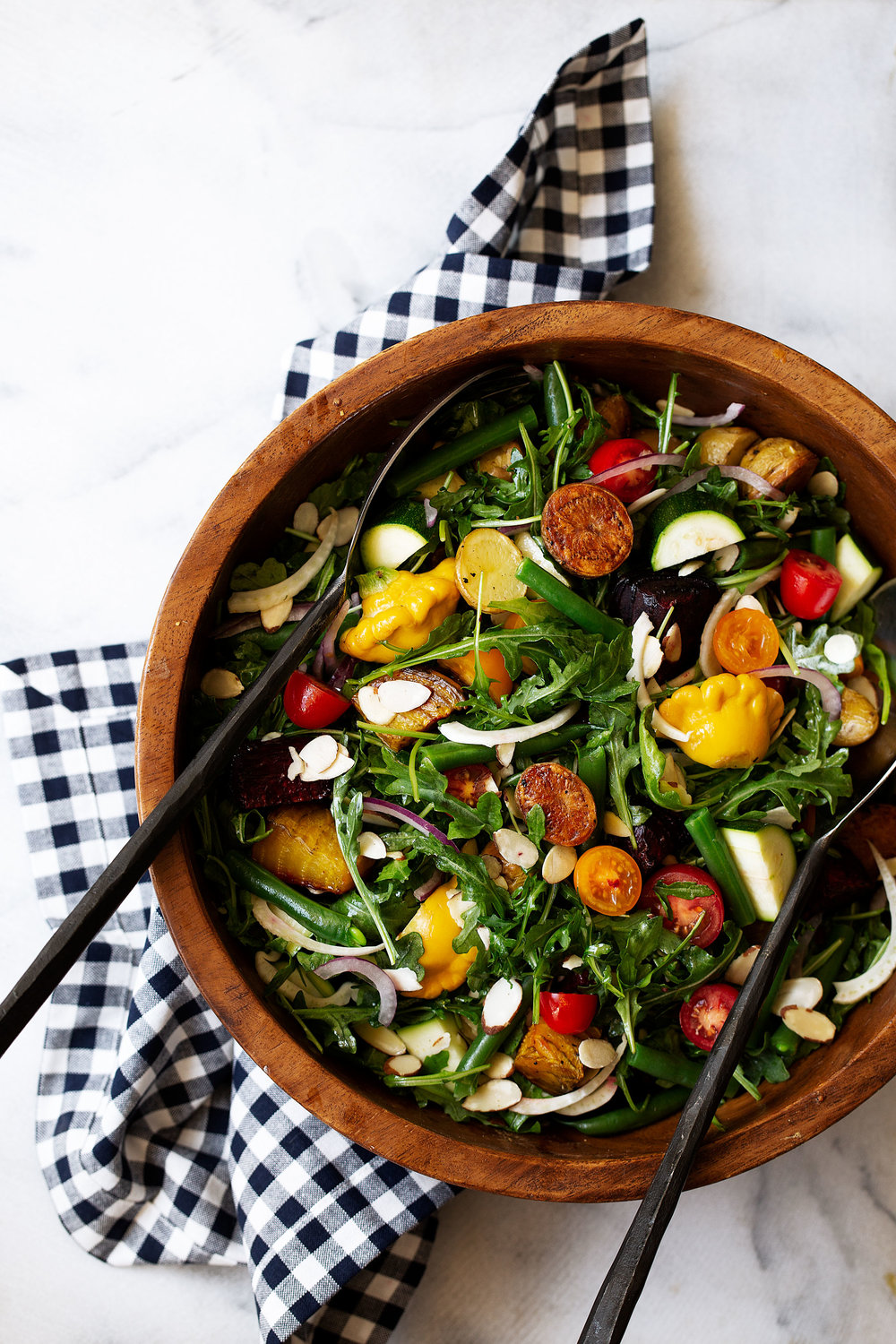