Prep Time: 20 mins
Cook Time: 35 mins
My California burrito recipe incorporates most of the ingredients you would find in the burritos along the boardwalk plus some additions of my own.

This post is sponsored by the California Avocado Commission.

After a hot day on a California beach, a stroll along the boardwalk is a must. And you can’t stroll on the boardwalk without indulging in a California chicken burrito. It is a local classic and a favorite of both the casual visitor and the “surfer local” as well. 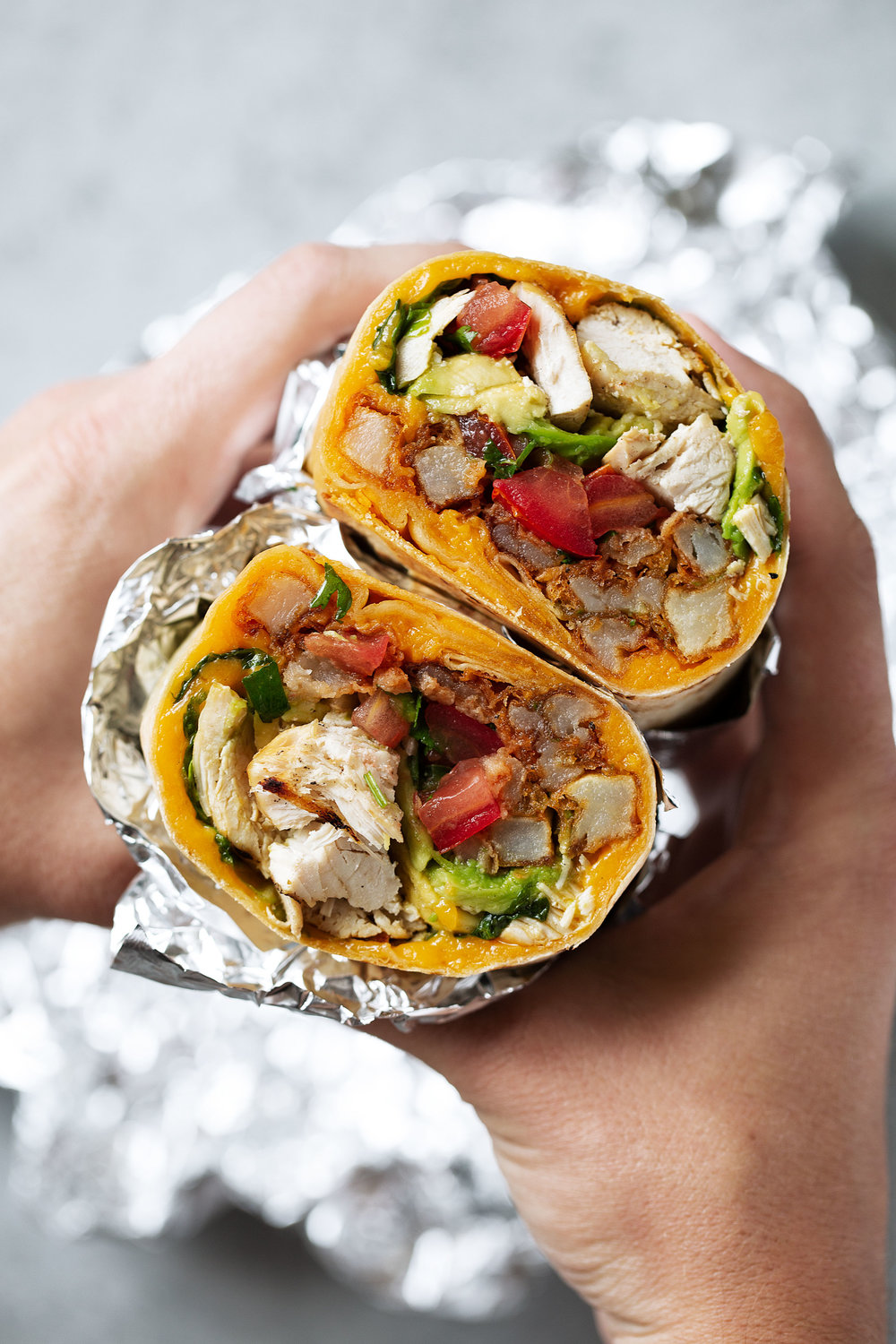 I am a transplant from the East Coast and burritos were never that popular back East (apart from chain restaurants which really don’t count) so moving to California has introduced me to the world of really good burritos. 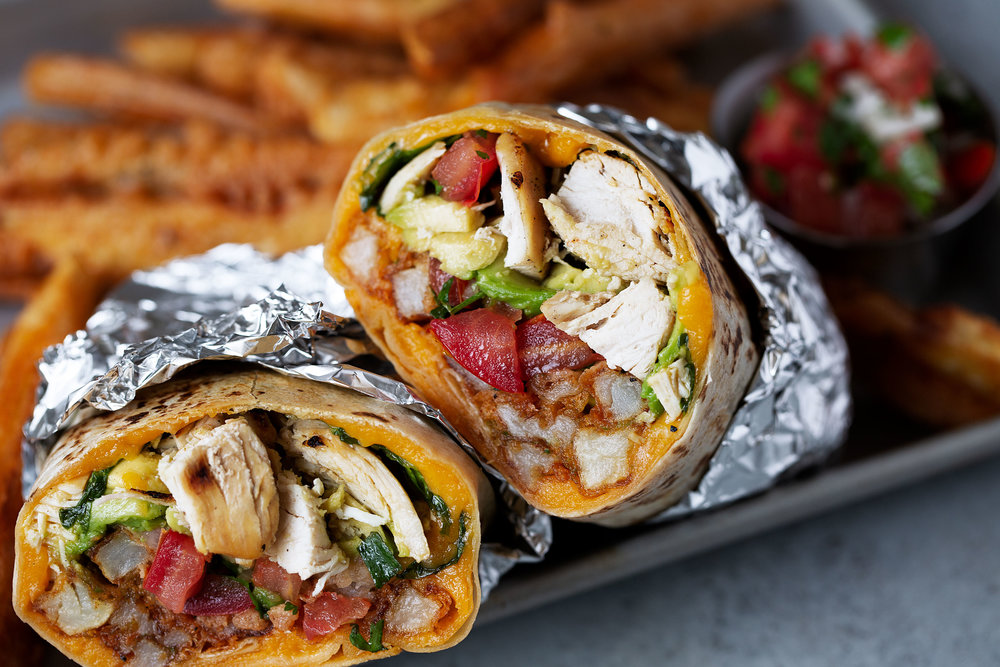 My California burrito recipe incorporates most of the ingredients you would find in the burritos along the boardwalk plus some additions of my own.  I particularly like the taste combination of the chicken, lettuce, cheese, seasoned fries and the sliced California Haas avocado for a true coastal California gastronomic treat. 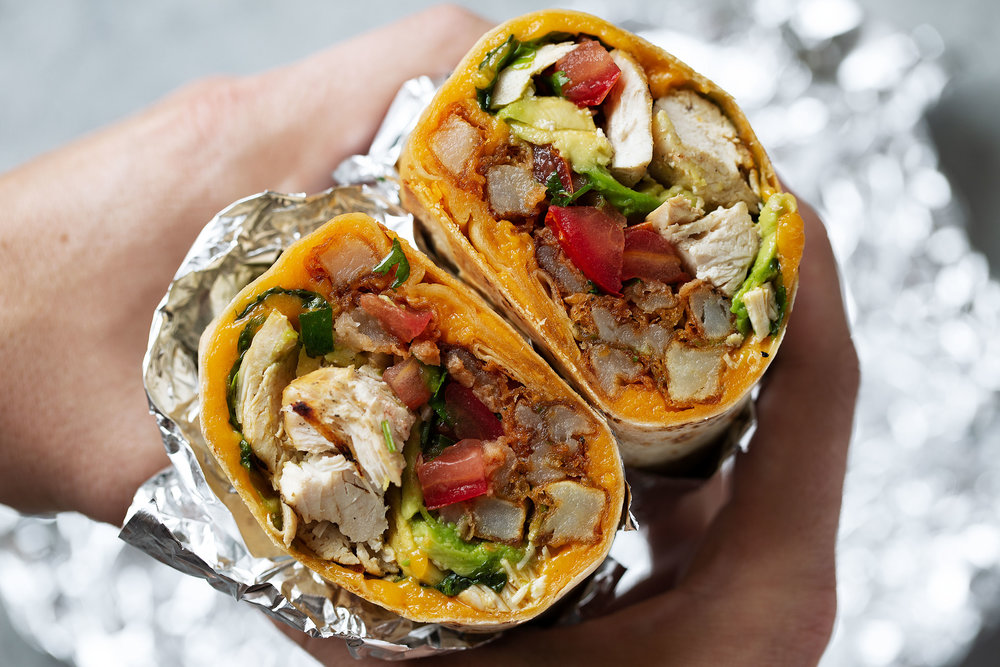 I melt the cheese on the tortilla first so it’s like a quesadilla before adding the rest of the filling. Of course, it wouldn’t be a true California recipe without the addition of creamy Haas avocados. To check out more recipes celebrating California Avocados check out the California Avocado Summer Soundtrack Cookbook here! 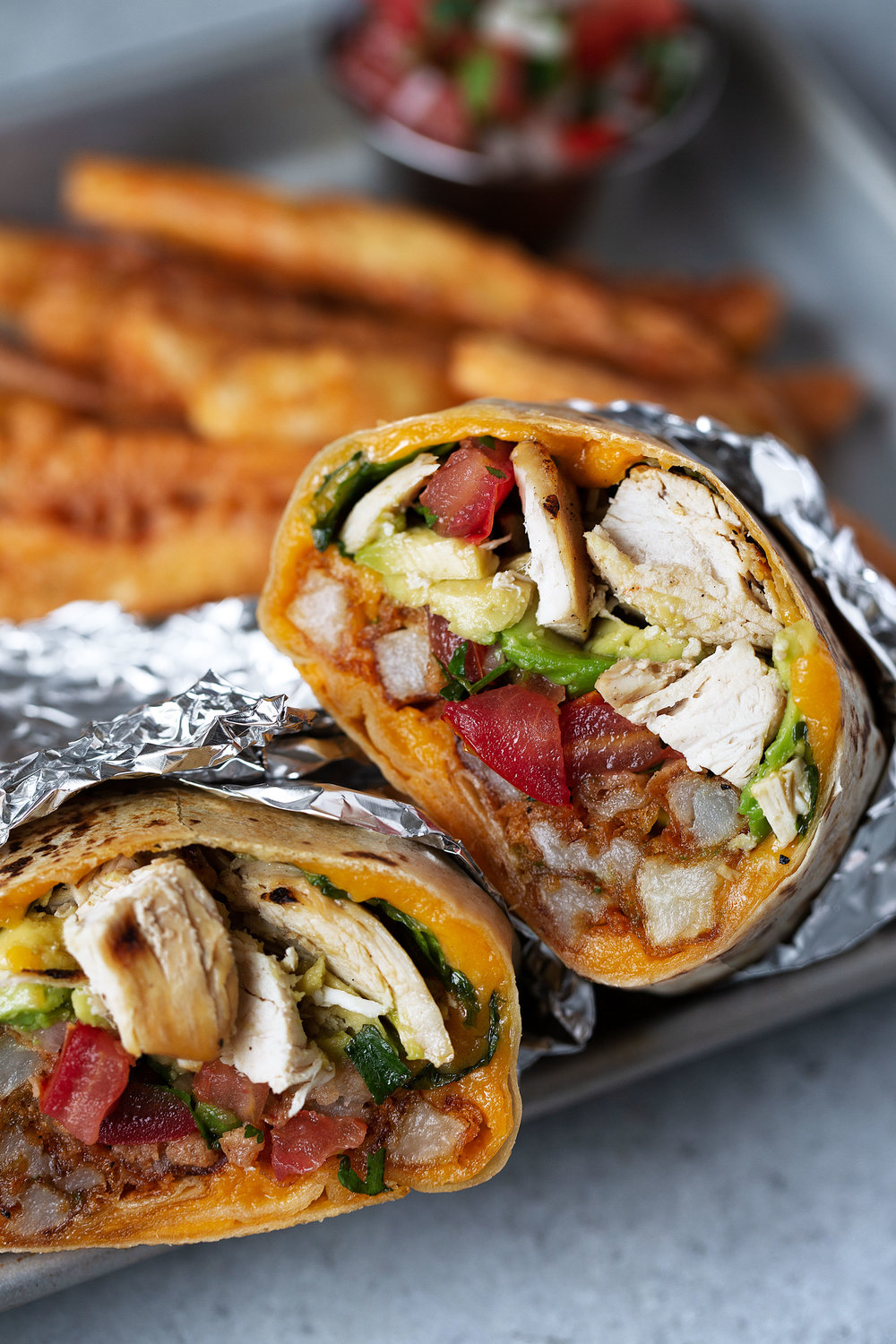 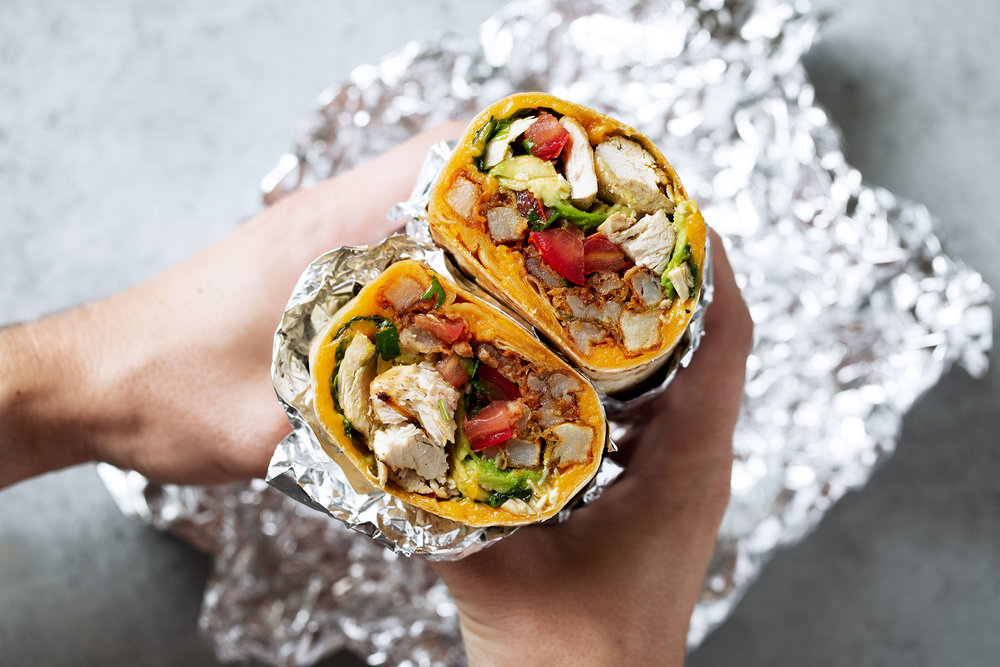 For the seasoned fries:

For the grilled chicken:

For the burrito assembly:

For the seasoned fries:

For the grilled chicken: