Prep Time: 5 mins
Cook Time: 40 mins
It’s best to start with firm ripe pears for this delicate dessert. As the pears poach, they absorb the poaching liquid and become sweet and tender.

The pears are covered with a piece of parchment paper while poaching in order to prevent them from discoloring. While they are delicious served on their own, the poached pears can also be used in place of plain pears in muffins, cakes, other desserts or even in salads.

The best pears to use are Bosc, as they are tall pears with long tapering necks and brown skins resembling a russet potato. They have a firmer texture so after poaching they still hold their shape without turning to mush. They are available from late summer/ early fall through winter. 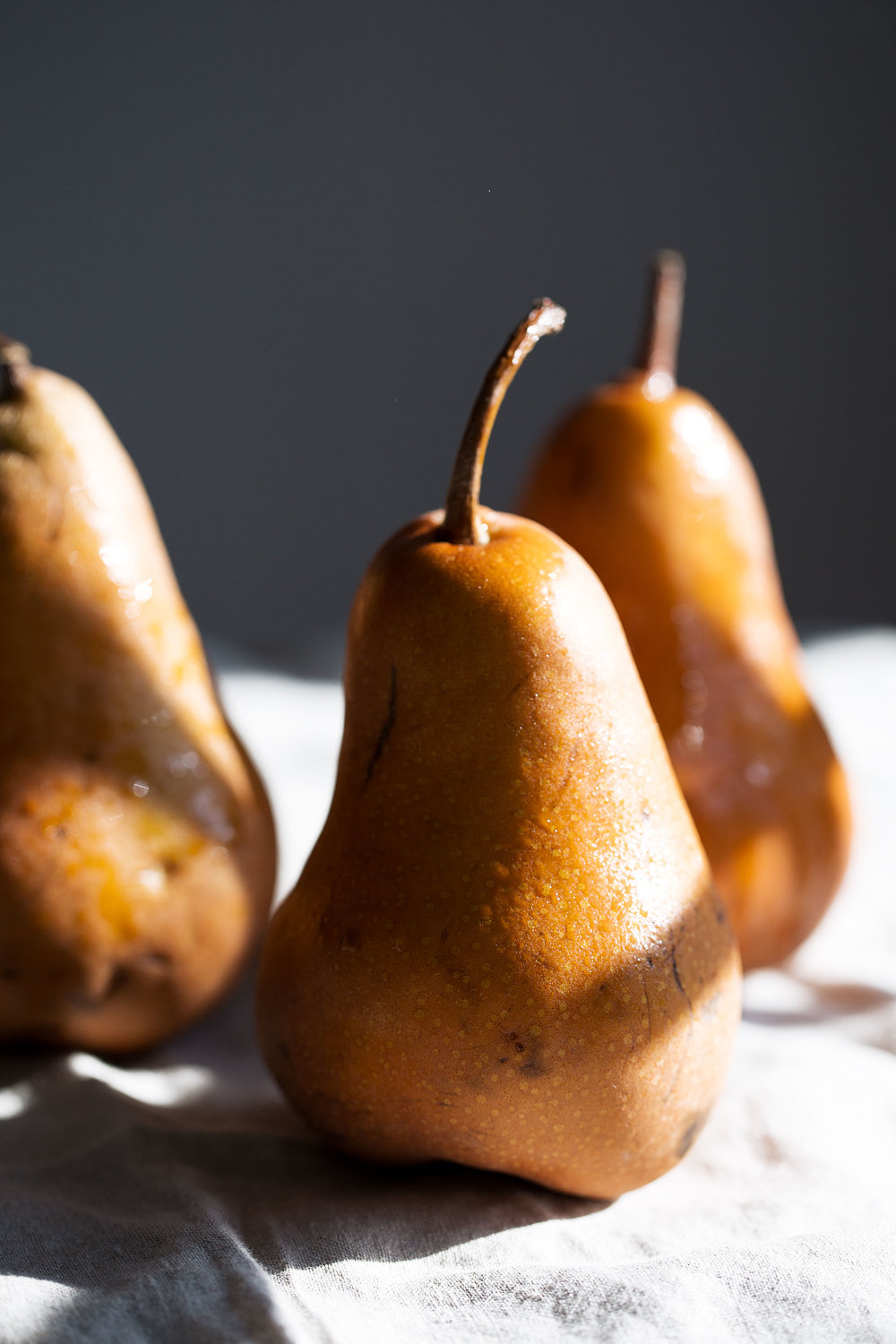 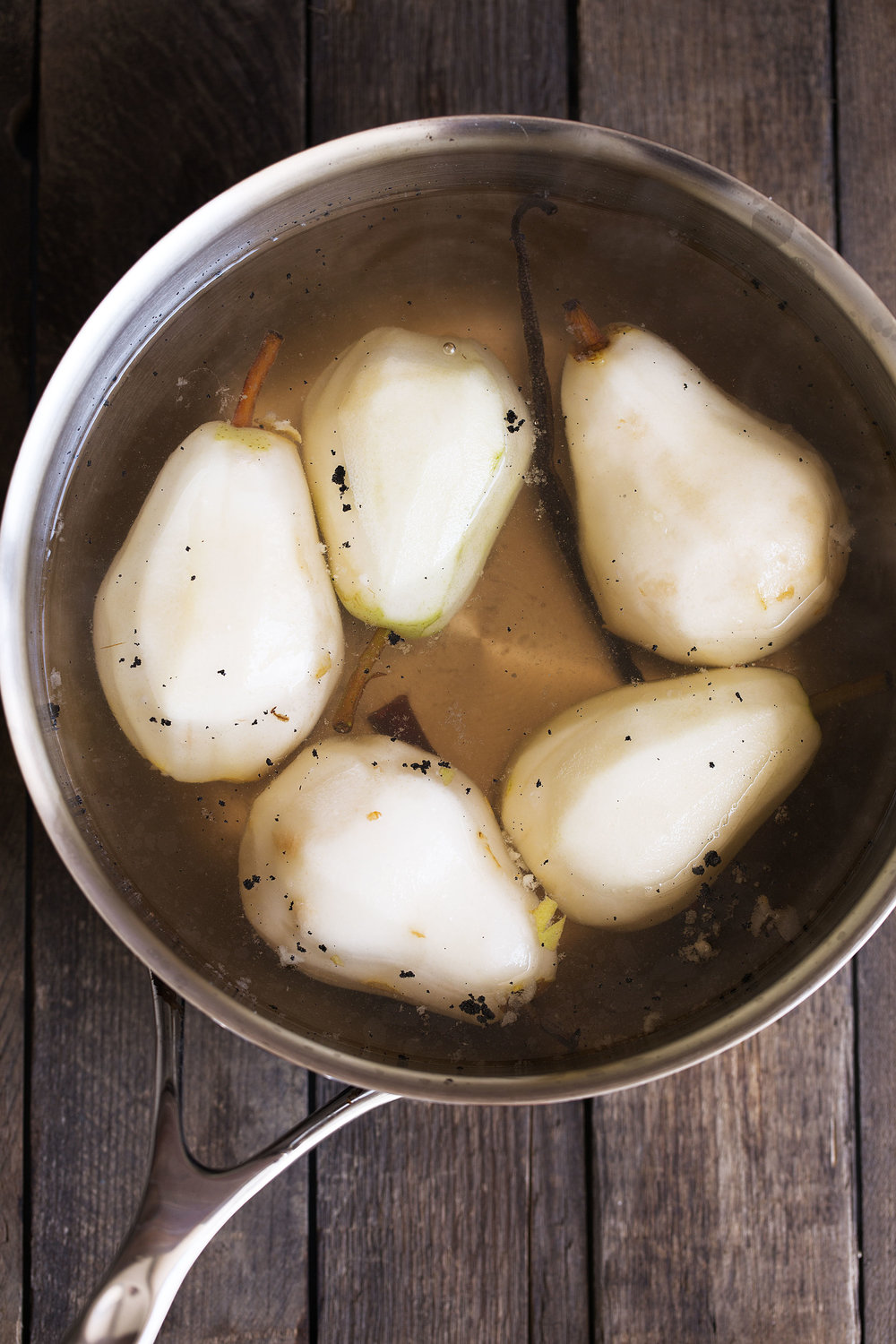 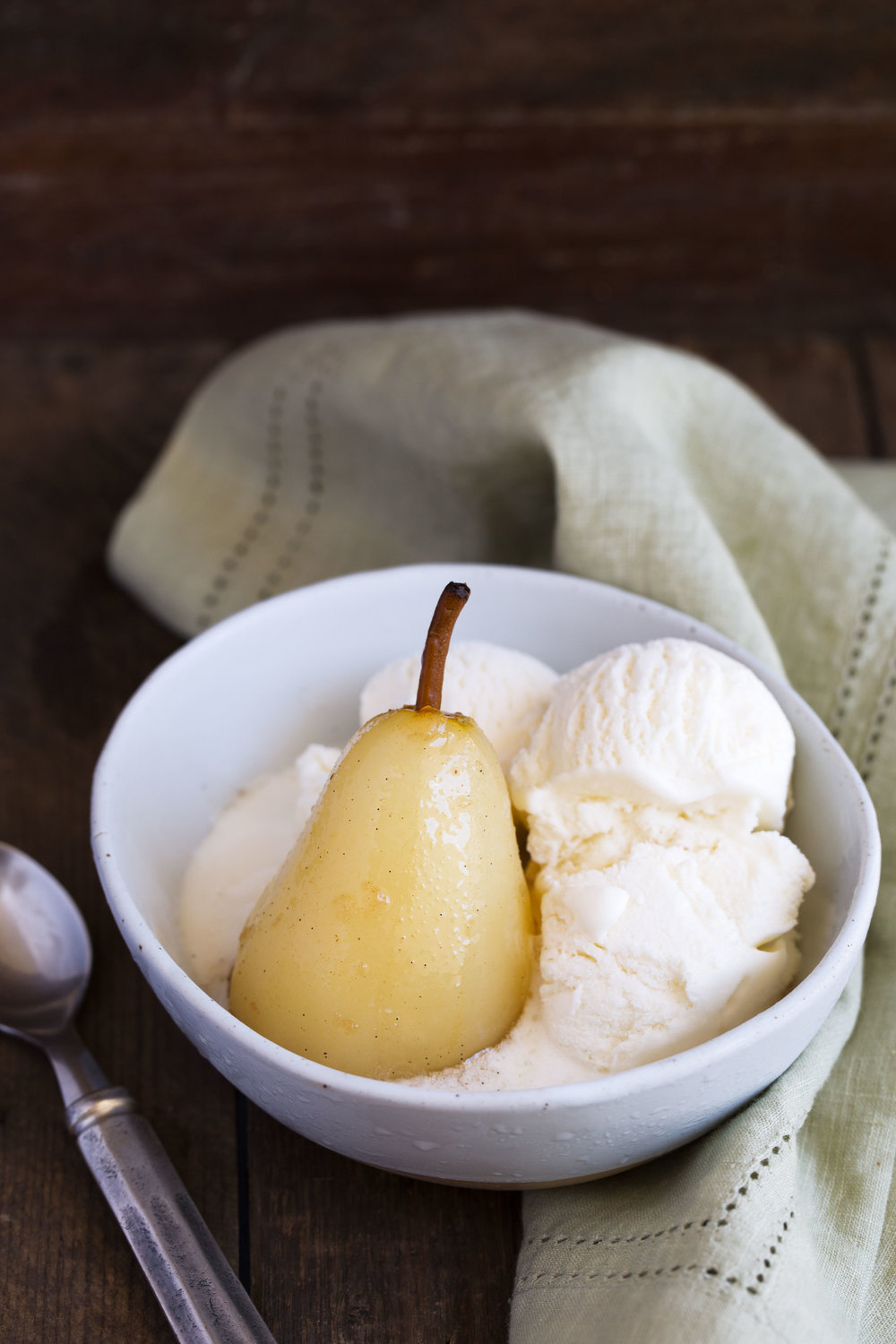 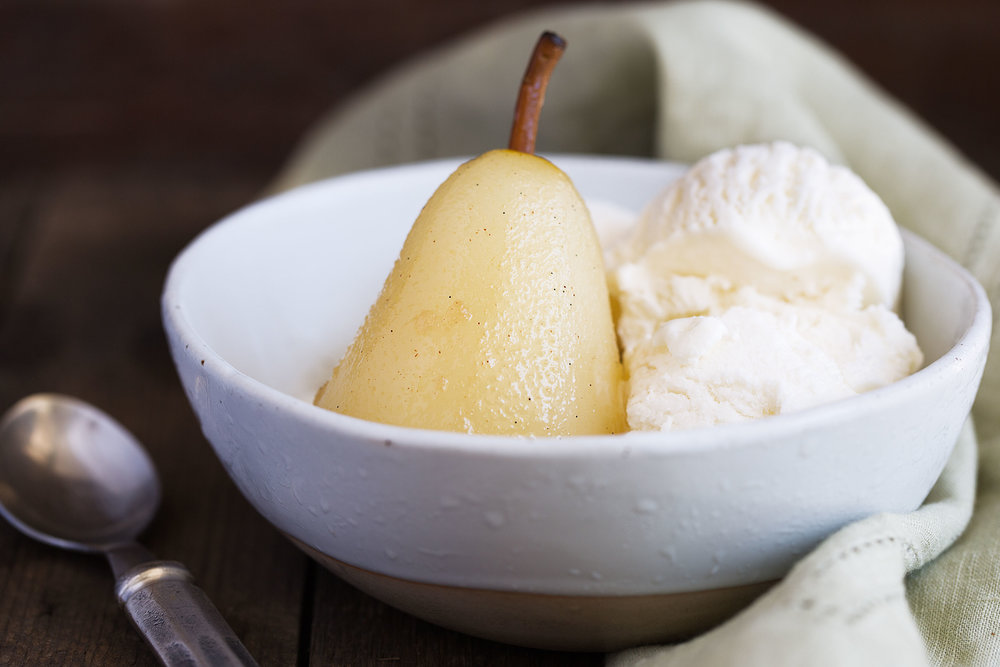 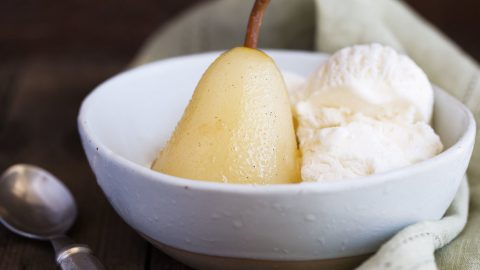