Prep Time: 10 mins
Cook Time: 20 mins
This citrusy broth is a twist inspired by the Thai favorite, tom yum soup. It has a coconut base rather than chicken broth and is flavored by garlic, ginger and lemongrass and finished with lime juice and fish sauce.

This citrusy broth is a twist on the Thai favorite, tom yum soup. It has a coconut base rather than chicken broth and is flavored by garlic, ginger and lemongrass and finished with lime juice and fish sauce. This recipe calls for small clams, however, mussels could also be substituted.

What’s the difference between Littleneck and Manila clams?

All hard clams are quahogs and the terms littlenecks, cherrystones and chowder clams describe the size of the clam. I typically opt for littleneck clams when eating clams steamed because I like their small size and they are widely available at stores. Littlenecks have a mild briny flavor and have extremely tender and juicy meat. Manila clams are also about the same size as littlenecks and have a thinner shell therefore having a higher meat to shell ratio. 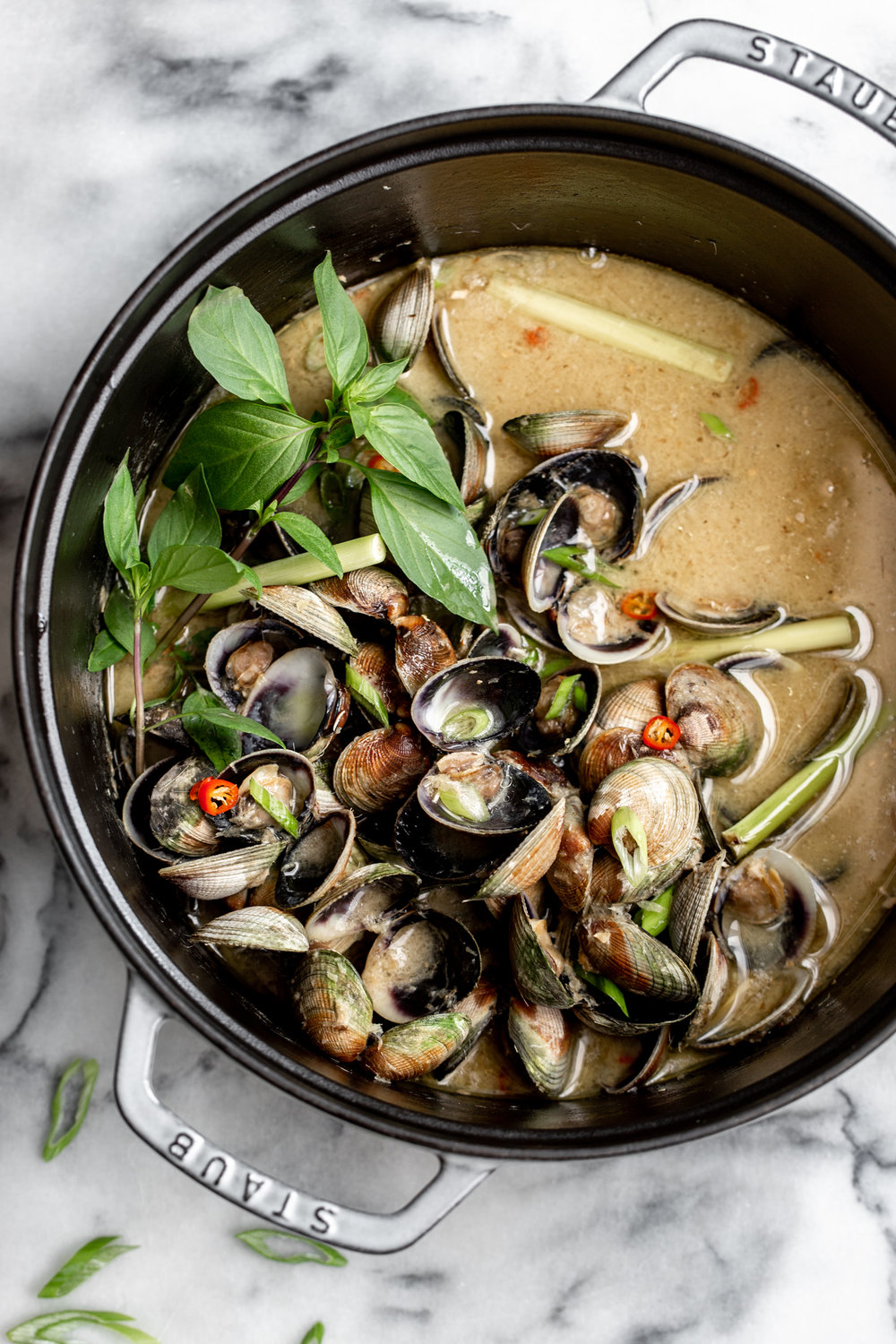 New Zealand cockles are actually a-closely related cousin of clams – they are saltwater bivalve mollusks and are a bit smaller than littleneck clams. They are typically imported from New Zealand and have a briny-sweet flavor and can be used as you would any other small clam. Fun fact: they also last longer because of their thick shell – they can last up to two weeks rather than the short shelf life of other clams which is typically just a few days. 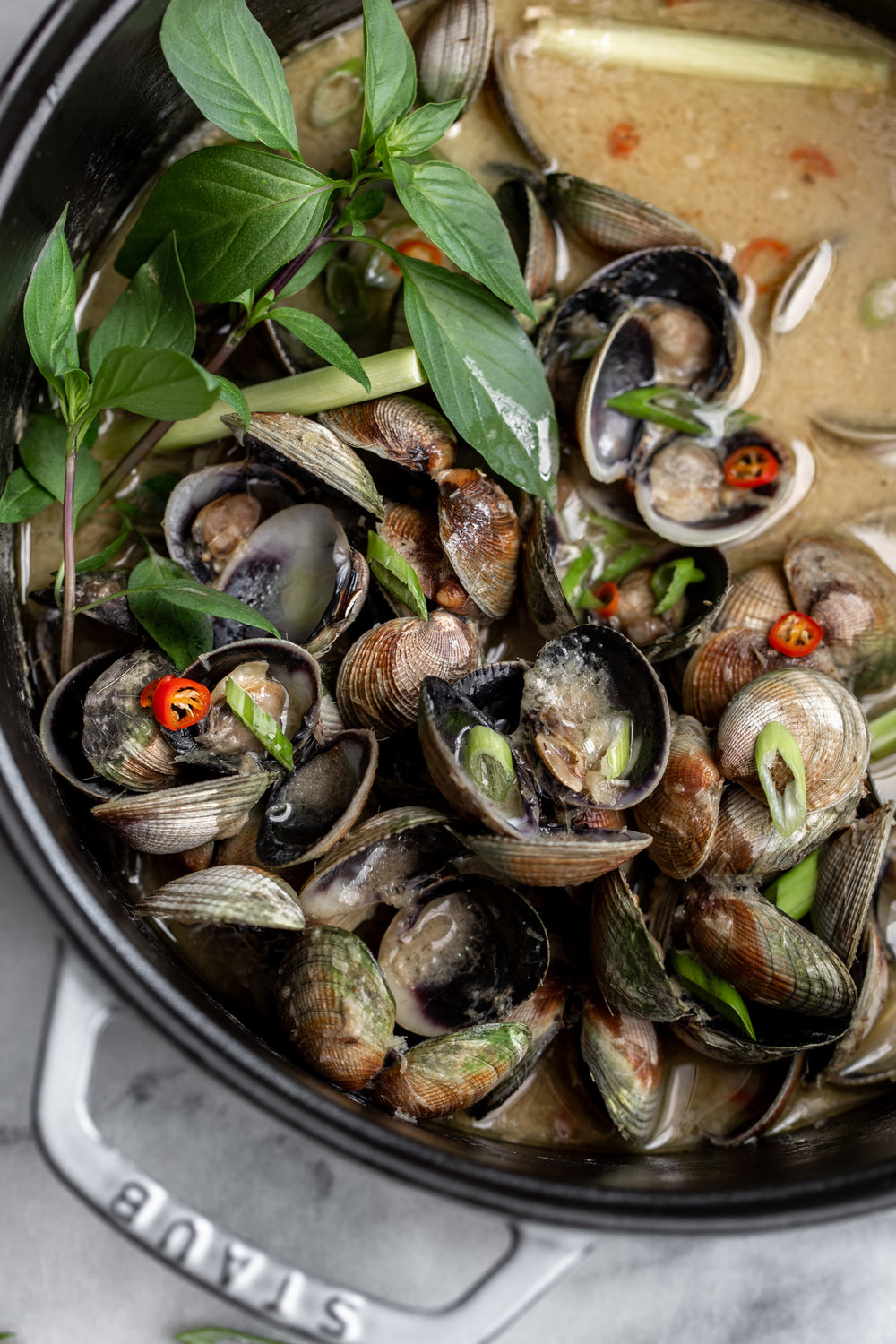 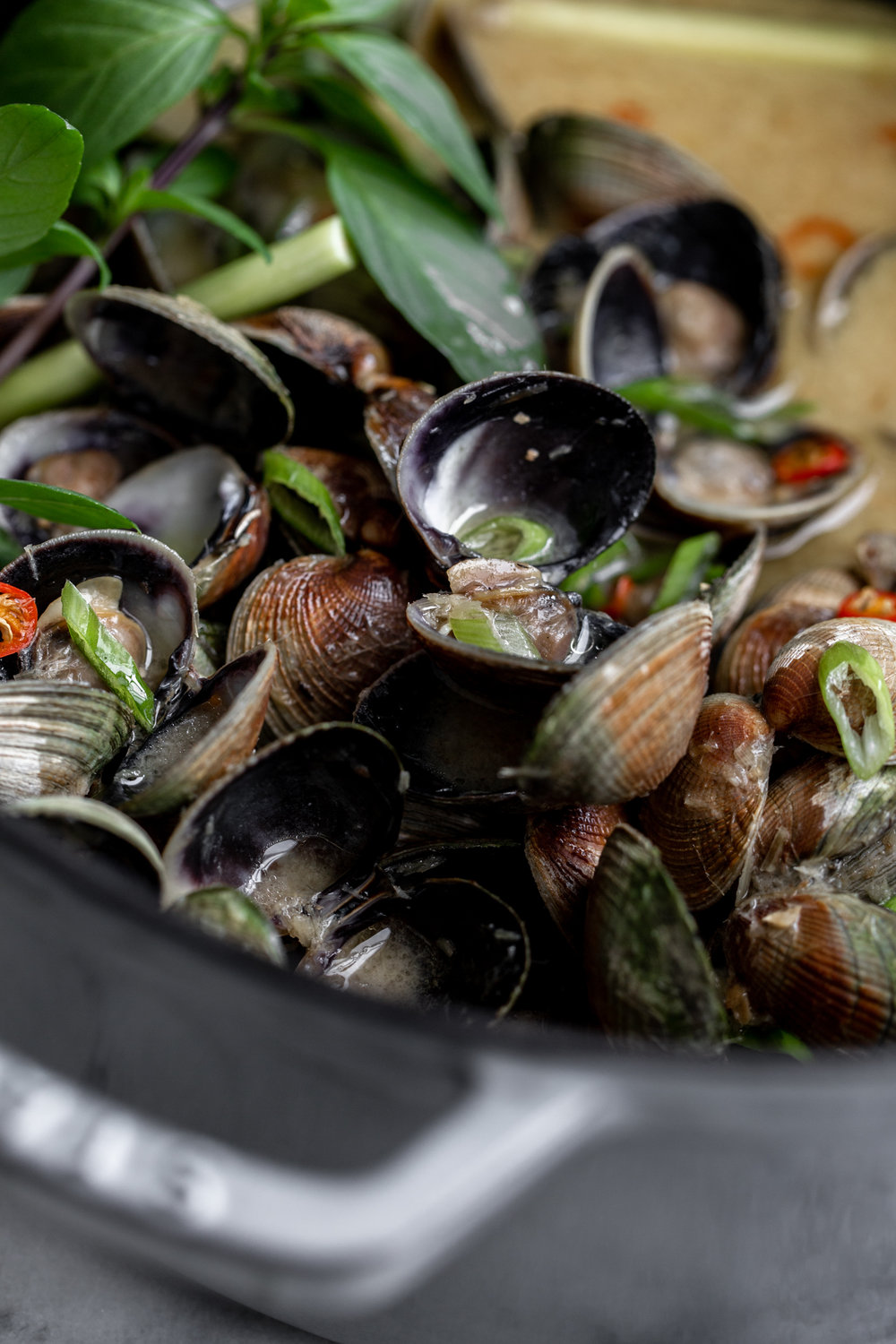 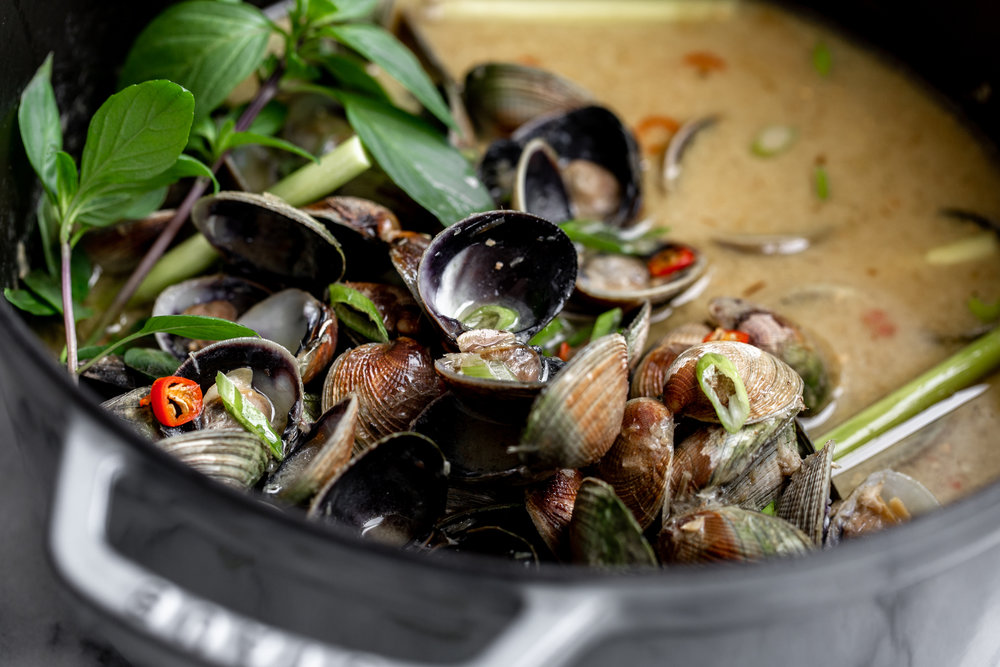