This post was created in partnership with American Lamb Board.

Making moussaka is no small task, as there are a lot of different parts that go into making it, but once you have all the different parts prepped it’s pretty much just layering as you would when making lasagna. Roasted eggplant, potatoes, beef and lamb sauce and béchamel are layered for a filling and delicious Greek entrée.

I choose to use American-raised lamb in my recipes rather than lamb imported from New Zealand or Australia because I try my best to support local farms and businesses and love sourcing ingredients from as close as possible. 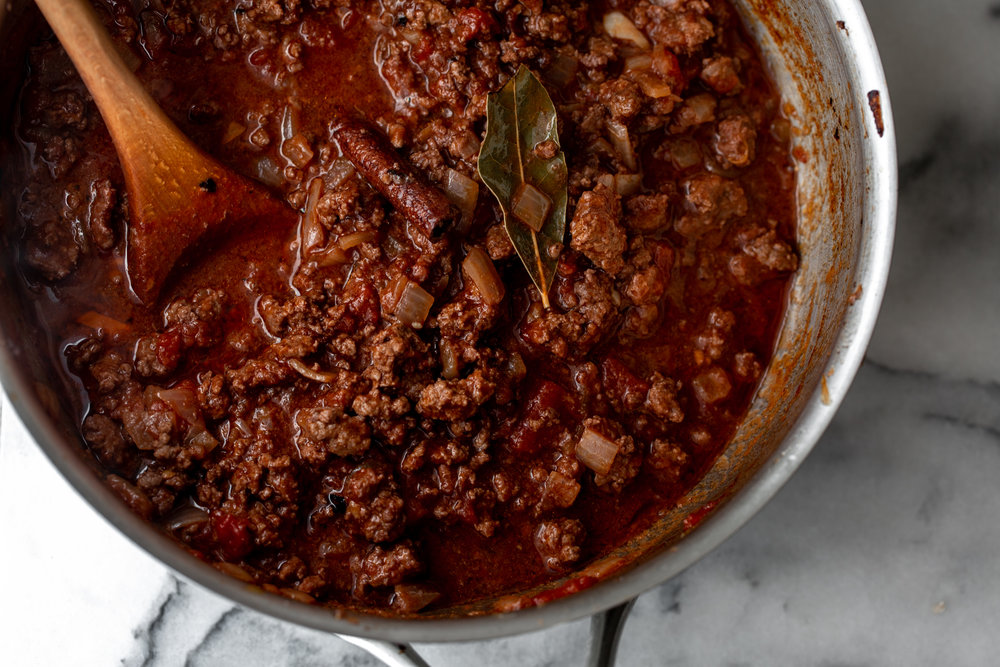 The logic is simple – the closer, the fresher because there is less time spent in transport. And the fresher the lamb, the better the taste so be sure to ask your butcher if the lamb is American raised. If you don’t see the cut you are looking for, be sure to ask. Some cuts are kept in other refrigerators or freezers.

When buying ground lamb look for lamb that is pink in color and, to make sure ground lamb is consumed at its peak, use it within two days of purchasing. 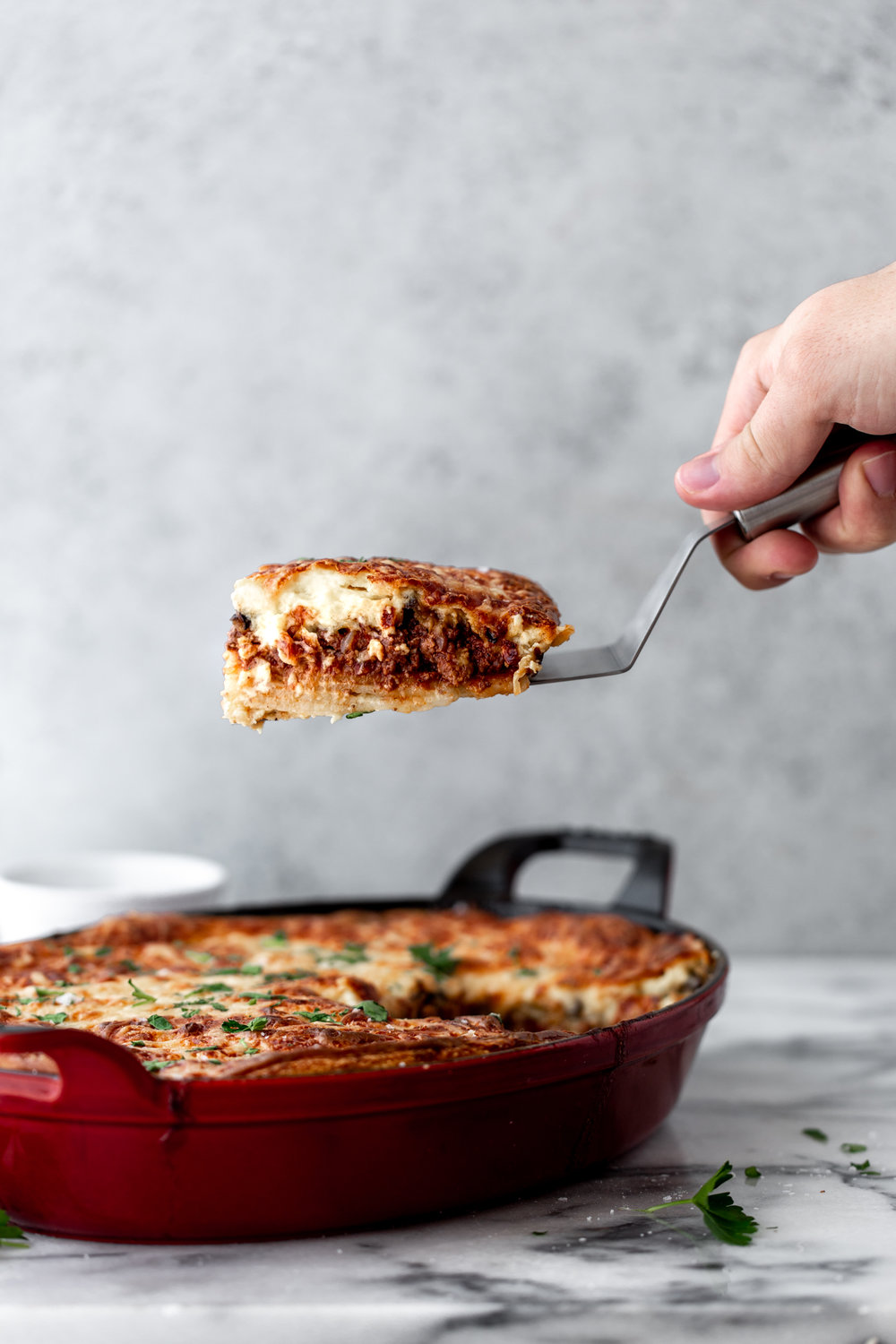 This recipe reminds me of a trip I took to Greece with my family in July of 2010. While we did all the touristy things in Athens, my favorite part of the trip was staying at a small bed and breakfast, Kavos Bay, on the island of Aegina. It was right on a cliff overlooking the bright blue ocean and since it was summer all the flowers were in bloom, covering everything in bright pink pops of color. 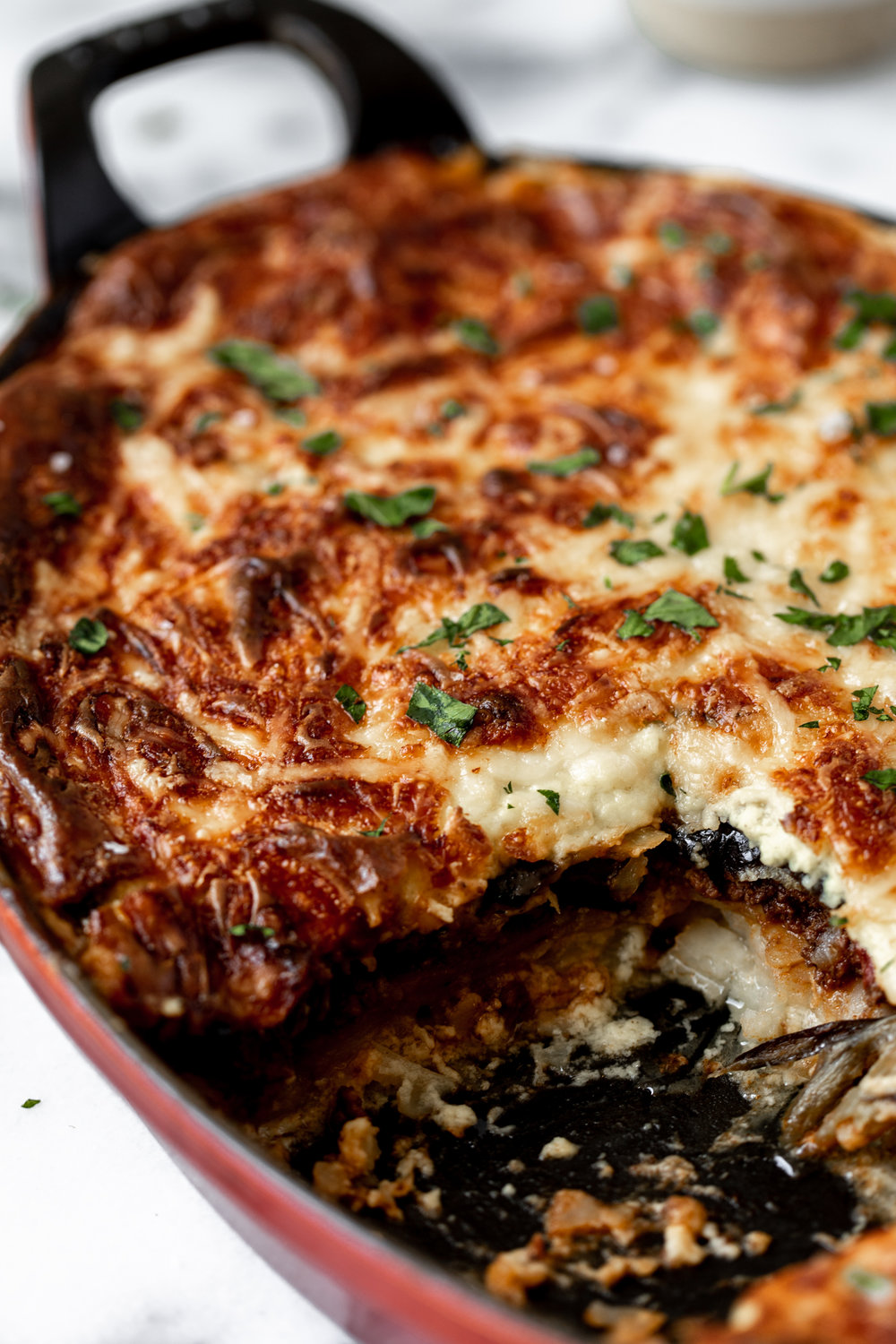 We would sit around on the patio drinking Mythos (Greek beer) and eating plenty of baklava then wandering down to the beach to lay out on the giant rocks. The Greek family that ran the bed and breakfast cooked for us on a few of the nights we were staying there and one of my favorite dishes was the moussaka. 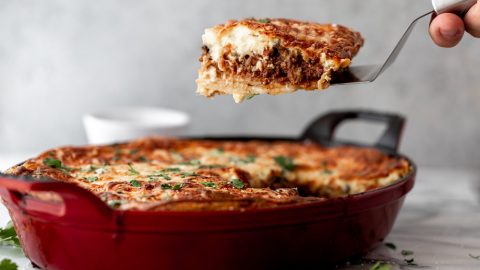 For the meat sauce:

For the meat sauce: