This simple burrito with just a few ingredients lets the fire-roasted salsa and cilantro crema sauces shine. The combination of the eggs, cheese, hash browns and avocado doesn’t get old.

I try to make the sauces in advance so when I wake up in my sleepy (before-coffee) state there is minimal work involved to assemble breakfast. If you want to add some extra protein then feel free to include several strips of cooked crispy bacon in your burrito. 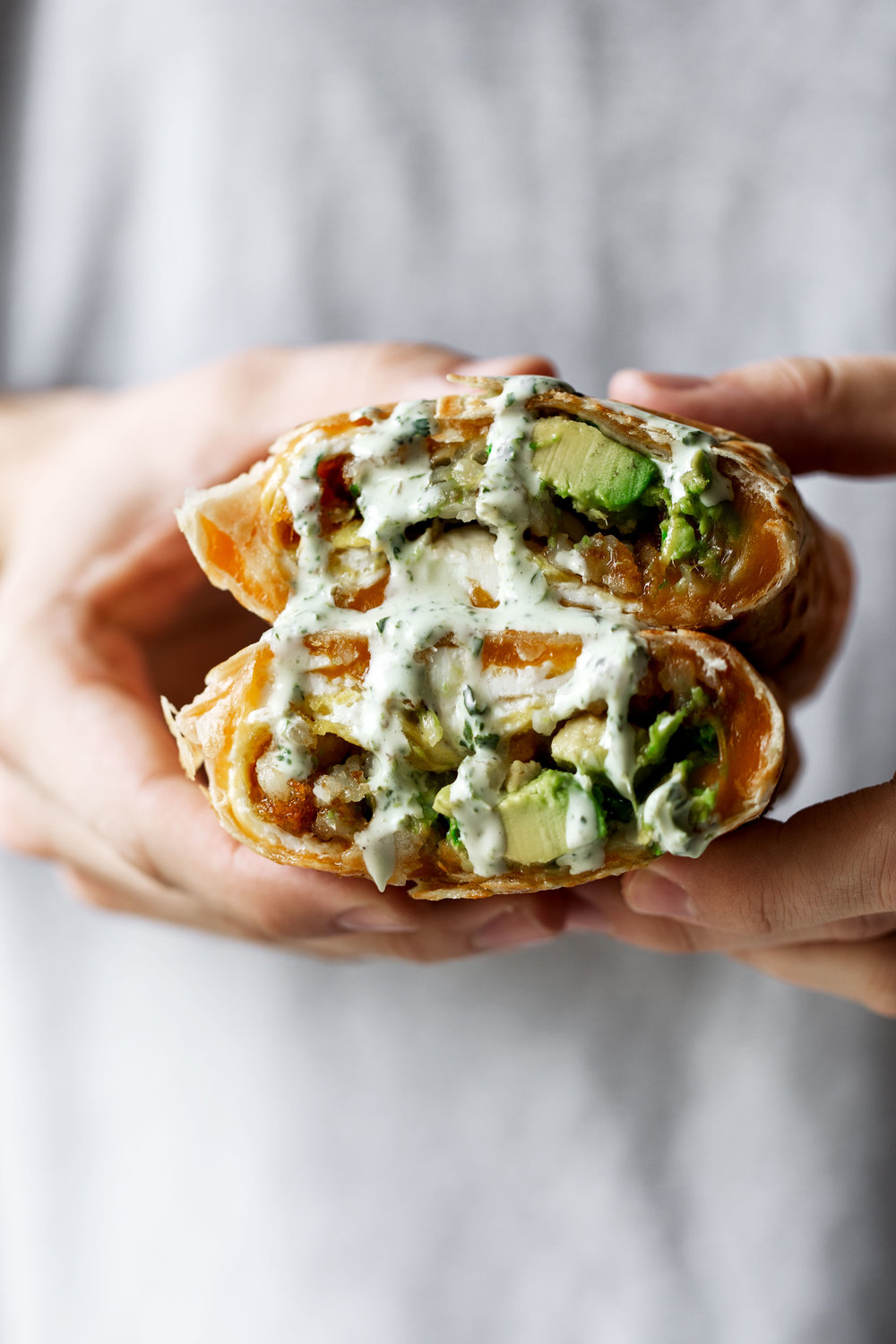 A similar burrito is sold at a coffee shop down the street from our apartment delivered fresh each morning from the Red Rooster truck and my husband, Aaron, and I had to set a limit for ourselves to how many times a week we could pick one up. Even splitting them is enough for a satisfying breakfast.

When it comes to a good burrito – pressing it is key. It makes the cheese all melty inside and gives you a good crunch on the outside. Not to mention it helps with the overall structural integrity of the burrito. 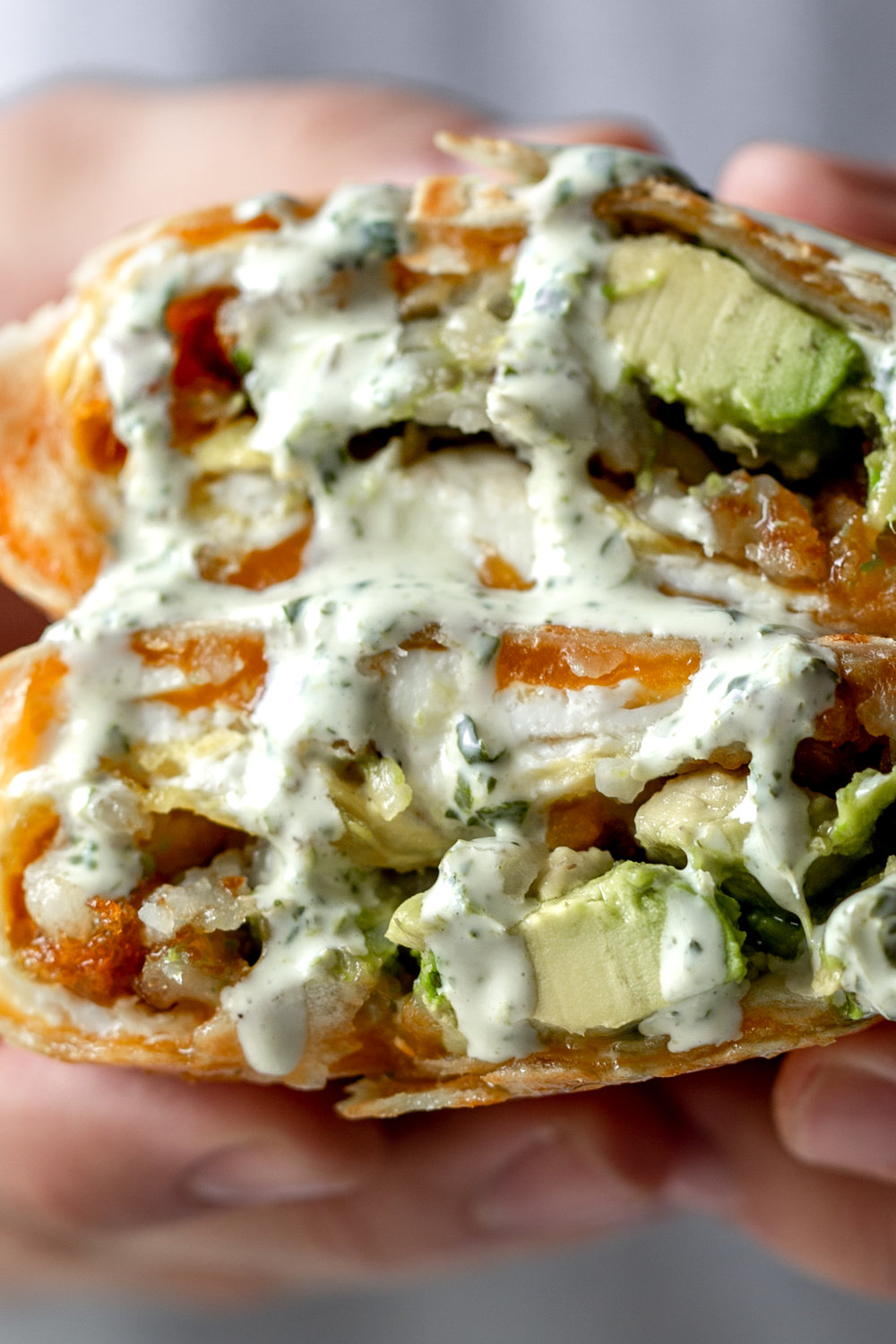 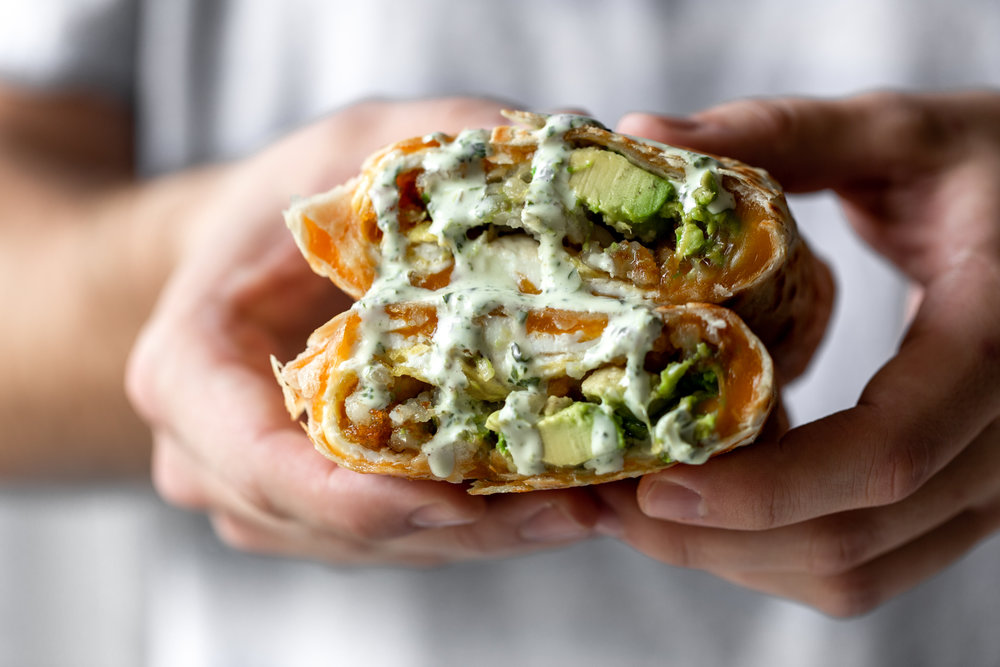 For the fire-roasted salsa:

For the cilantro crema:

For the breakfast burrito:

For the fire-roasted salsa:

For the cilantro crema:

For the breakfast burrito: